Remember, It Only Takes One Yes! 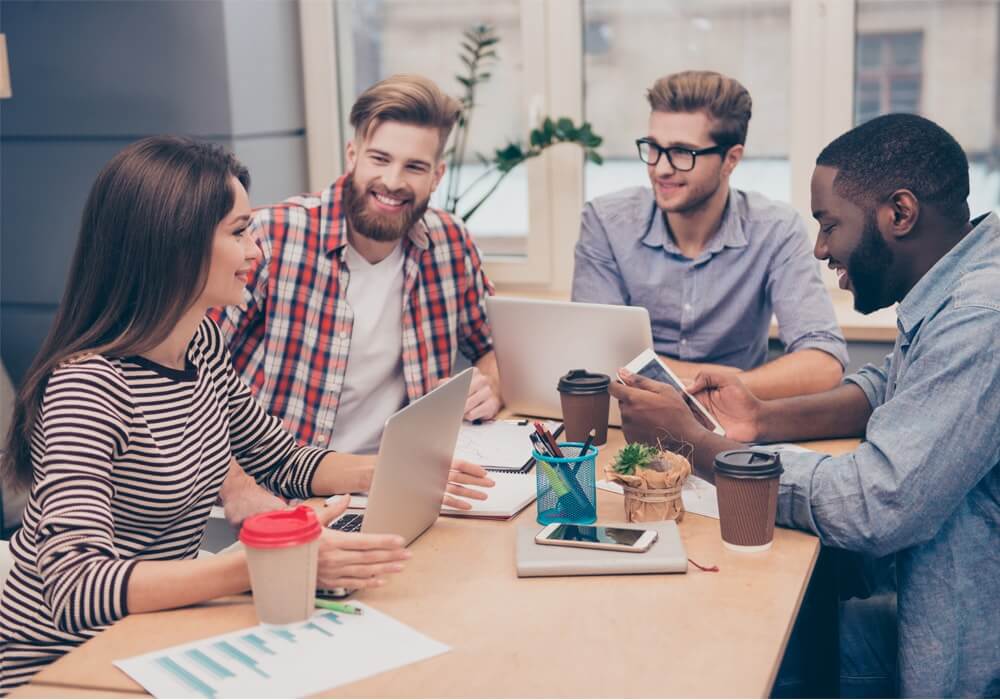 Whether you’re fundraising from angels, seed investors and VCs — as an industry we succumb to “herd mentality.” There are a few exceptions and originally thinkers but it’s maddening how much group think and need for social proof there are. Nobody commits, nobody wants to set a price, nobody wants to stick their neck out then BOOM! Reid Hoffman is in? I’m in for $500k. Wait, make that $1 million. And please reserve another $1 Mn for me — I just need to call my LPs to see if they want to do it with us.

I hate it. It’s like the entire industry wants to outsource its brain to the smartest person they know and then follow that person. And for a founder it’s maddening because you feel like until you find that anchor you’re spinning plates.

I mention this because it’s critical that you not let the fund raising process psyche you out.

This is part of a series on fundraising and in the first post (also has the full outline and links to other posts), which I titled “Lemons Ripen Early” I warned …

“You might hear 9–10 “no’s” in the early stretches of your fund-raising process. It is CRITICAL that you not let this get inside your head. Just remind yourself of lemons. Sure, you need to learn what the common theme of the no’s are and be willing to make adjustments to your pitch. But if there is nothing wrong with you then please don’t let early rejections alter your course.”

Many entrepreneurs let the early rejections get to them and it’s normal because when you hear “no” you think “what’s wrong with me!?” I remind founders that the no’s come early because it’s super easy to qualify out a deal that you know is unlikely due to the stage, focus, geography, a competitive deal you’ve done or even just the fact that you’re too busy right now.

These are the “lemons that ripen early.” The “sure, let’s continue the process” by definition are not yeses so the no’s rack up and the yeses stay stuck at zero.

“It only takes one yes to have a successful fund-raising round!”

Founders read the tech press every day filled with stories about these $20 million fund-raisings by this firm and that firm and it sounds like everybody else is doing it except for you. Fund raising seems so easy for everybody else and you’re doing something wrong. What you don’t know is that MANY of these financings have been a months’ long series of no’s, compromises, hard terms, heartaches, arguments, self doubt, followed by a “yes” that saves the day. When you read about the funding in the press it sounds like it was a walk in the park.

I’d like to repeat, “It only takes one yes to have a successful fund-raising round.”

In the next post, I’m going to talk about “funnel management” and how to handle all of your VC pipeline discussions and how to keep your process alive but the first step is to keep your confidence alive.

In the mid 1990’s I was in my 20’s and single I lived in France and groups of us would go out to dance clubs. We’d sit around in groups of guys having a couple of drinks and occasionally somebody would ask a girl they didn’t know to dance. For the most part, if you got one or two rejections you’d return to the pack of guys feeling a bit of wounded pride and decide it was safer just to hang.

There was one guy named Ron Lawrence who always met girls and was always out dancing with or talking to girls. I didn’t understand it because while he was a decent guy he wasn’t extraordinarily handsome, funny or charming. He was just a normal guy like the rest of us.

I once asked him — and this is a true story — “How do you always manage to get girls to dance with you or give you their numbers? Every single time, Ron! What gives? I don’t get it? Your record at meeting people is 10x anybody else in our group.”

What he said has always stuck with me and while it never helped me at the club it has always helped me in business.

“Mark, the only difference between me and the rest of you is that I’m willing to hear ‘no’ 15 times before I get a yes. I’m no better looking, funnier or a better dancer than any of you. But I don’t let ‘no’s’ get to me. I don’t take it personally. I just know that I’m not for everybody so when they say “no” I just think I must not be their type. You guys fold after one or two rejections. But I meet a lot more girls.”

Fortunately, I met the love of my life through work so I never had to follow his dating advice but I’ve always remembered Ron Lawrence in business. When I’m fund raising I never let rejection stop me from feeling confident in the next pitch, “I’m just not their type.” I have successfully used this in business development, sales, fund raising and even the press.

If you’re willing to be persistent, if you have thick skin and don’t take things personally, if you maintain your confidence, charm, sincerity and grace then you can usually power through the difficult days of knocking on doors.

Sometimes you have to find creative ways of getting to the next milestone. Sometimes this means laying off staff, doing consulting on the side, taking prepayments from customers, raising a small amount of debt, doing a convertible note — whatever. But if you can stay in the game you can often find that one yes.

It only takes one.

And if you’ve ever been there, had the stress, had everybody say “no” to you, gained weight, lost sleep, visualized telling your employees you went bankrupt only to find that at the last minute somebody funded you then you know the really fucked up thing that happens next. When you finally get a term sheet you get three.

When investors hear that somebody else wanted to fund you it gets their FOMO going and they pile on. When a VC submits a term sheet to all of those angels & seed funds who wanted to fund you “once you got a lead” are your new best friends. When you get your term sheet your existing investors suddenly fight over prorata rights. When you’re funded you’re often over-funded.

Once you have been through this you understand FOMO. And once you can channel this energy from “almost have a term sheet” into a feeling of “act now or you’ll miss out” you can get those sitting on the fence to fall off the fence. And in a later post, I’ll write about why you want them to fall of the fence even if it means “no.”

Happy raising. Head up. Even Amazon was told “no” by many before they built the world’s greatest company. It only takes one yes.

[This post by Mark Suster first appeared on Bothsidesofthetable and has been reproduced with permission.]