There Are Only Two Absolute Truths About Building a Startup. Count ‘em.

There Are Only Two Absolute Truths About Building a Startup. Count ‘em. 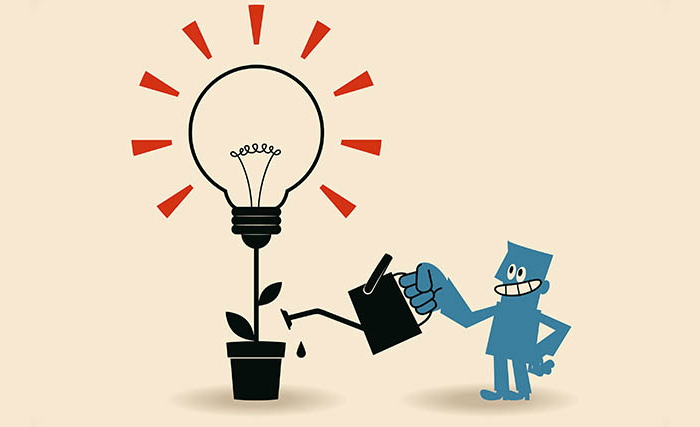 I went out for drinks last night with a few friends, including a newly minted graduate. He’s sharp, he’s intelligent and he has the drive to succeed. We started talking about business and I gave him a brief synopsis of my various failures.

After I’d told him about my attempts to build something, he revealed that he wanted the same thing.

He wanted to found and grow a company. There was only one problem though. He wasn’t a programmer or an engineer, so he was certain that he didn’t have any of the tech skills he needed to start a business.

And that’s where I had to stop him. Because he was operating on a pretty clear fallacy.

The skills that you need to be a startup founder today are different depending on who you talk to.

There are some who are thoroughly convinced that you need to be an engineer to be a founder. The technical term for people who think that is “engineer.”

There are others who will tell you that an MBA is a dire necessity. I’ve met those people too. They’re called “people with MBAs”

Let’s look at the engineers. The reason most people think you have to be a tech to found a startup is simple; they think startups are always tech companies. If you’re a creating a tech company, it makes sense to have an engineer at the helm. They have a skill set unique to that business.

But not every startup is a tech startup.

I met an entrepreneur through my girlfriend when she became the first employee at his startup. It’s a niche company, playing in an awesome space. They find experts in almost any field of knowledge and work with them to create expert witness reports for various law suits.

This is a process that would normally take a huge investment of time on the behalf of a law firm, and solving that pain point is a killer idea.

How’s the business doing? Pretty damn well. By whatever standard, they’d be a clear success. Any startup founder would look at their operation with at least a sliver of envy.

But you know what? That founder is a lawyer. My girlfriend is a lawyer. They’re going to be building a team of young lawyers. That business could never have been started by anyone but a lawyer. The idea and its execution only came about due to that skill set.

If you don’t think that you have the core skills necessary to create your startup, you’re probably looking at the wrong idea. What you build should take advantage of the skills that you already possess, and it should build on them. Those are your point of difference, and they set you apart from everyone else.

Any other skills can be learned

When you’ve got an idea that you think is absolutely killer, executing it is always the hard part. Executing it is what takes your idea to the top of the pile.

In fact, it’s what gives your idea any worth at all. And it can be daunting, looking at everything you need to do in order to launch a company. You’re right in thinking you’ll need other skills, the tools that will help you take action.

But here’s the good news. You can learn those skills. You can learn them, and this is the best time in the history of the human race to be learning anything. We have access to a level of information that would have been undreamed of at any other point in history.

If you need to know more about business, guess what? You can study an MBA online right now. Starting now. For free or next to nothing.

There are curricula, guides and book lists that will help you structure your learning, and most of the texts you’re going to have to read are on Amazon as eBooks.

Rather than paying $20,000 minimum at business school or university, you can get probably learn all you need to know for less than a grand.

Oh, I’m sorry. Did you want a fancy piece of paper to go with that? Nope. Missing the point. You’ll have business knowledge that could save your ass when you get busy founding a company.

If you need to know how to code, you’re already winning. Learning to code online isn’t easy, but getting access to the tools and information you need is the simplest thing in the world.

Udemy. Code Academy. Half a dozen incredibly apps that you can download onto your phone and use to learn coding on the bus. This is a skill that you can pick up if you set aside the time and dedicate yourself.

Again, no fancy piece of paper at the end. But you’ll be able to create your product — and your company.

So here’s my advice to that would-be entrepreneur. It’s the same advice I would give to anyone else wanting to start a company.

Is that over simplifying the process? Maybe. But will it work? Only one way to find out. And it’s going to be a lot more pro-active than bemoaning a lack of skills and never trying.