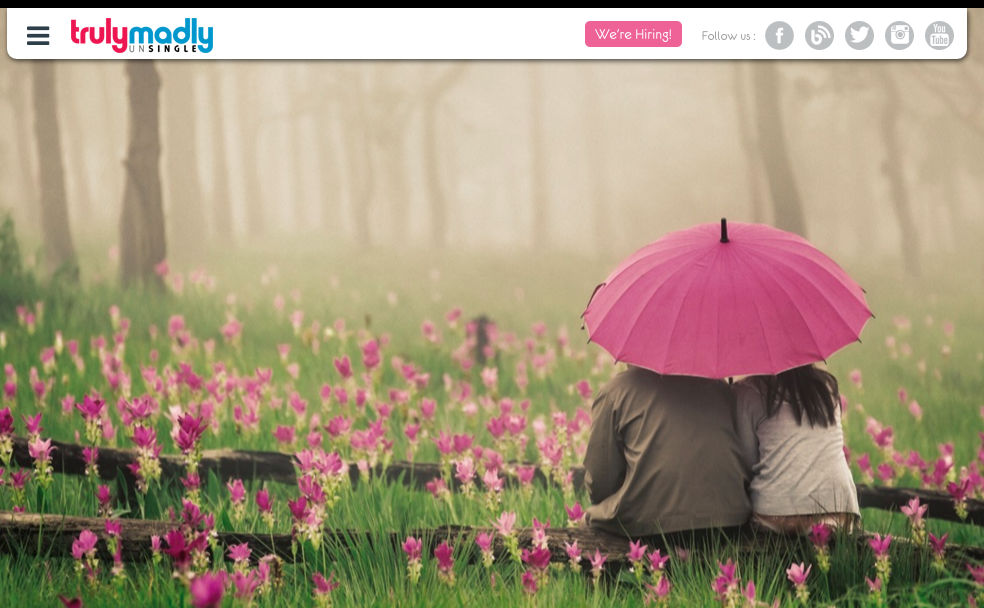 “Save a boyfriend for a rainy day—and another, in case it doesn’t rain.”
— Mae West

While Mae West’s advice might be easier to follow in the Western societies where dating is a normal, cool, casual thing to do, it might be a tad difficult for Indian women given the pressure associated with it, our cultural conditioning, and the societal norms. Dating simply means a connection, it could just be a coffee or a movie, yet there are many taboos that exist around dating in India. So in a “man’s man’s man’s world”, how do you lighten these up? And if you are a dating app startup, the problem is something that will stare you straight in the face. How do you gain traction in a fast and effective way? How do you leverage the mediums available to you to reach your right target audience in the desired way?

So here’s what TrulyMadly – a dating app decided to do. In a series of quirky, fun digital marketing campaigns targeted at women, it lightened the thing around dating, and gainfully leveraged digital media for creating brand awareness. Shying away from mass media, TrulyMadly focussed on the digital medium to establish their brand identity, reach out to their primary target audience of millennial women, and stand out with their brand communication. The app focused on creating the right kind of digital content which was not catchy yet had the shareability value across digital mediums.

The rationale behind this was simple – all its potential customers are all online and spend a significant amount of time on their mobiles. So, it’s natural for TrulyMadly to try and get their attention there. Also, being an app-only platform meant it can drive immediate usage if it engages with users online. Not falling into the trap of simply leveraging mass media for marketing, the startup focussed on exploring the ways and formats it could use the digital media to reach out to its audience in a way that did not break the bank. Be it its social media pages or blog posts, all engagements are mainly driven online.

Adds Sachin Bhatia, co-founder of TrulyMadly,“All our marketing campaigns are directed at girls because they are our core audience. The idea behind targeting them was that once they come on the app, guys will follow. The rationale behind choosing quirky fun campaigns was that they would resonate well with our target group as well as remove taboos about dating and lighten the air around it, and in the process also make us stand apart in the dating app category.”

Let’s take a look at some of the path breaking campaigns undertaken by TrulyMadly and the idea behind launching them. 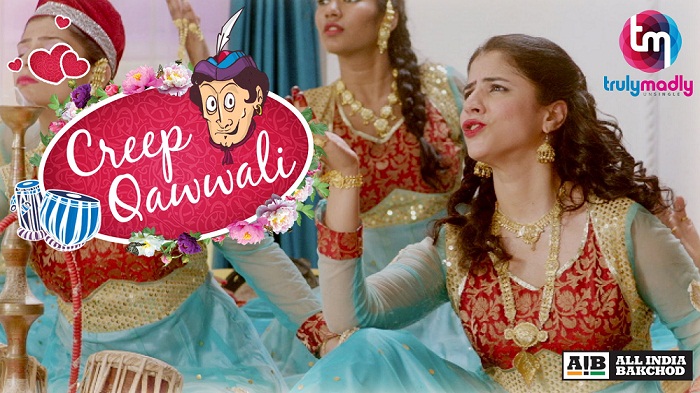 TrulyMadly noticed that many women were staying away from the online dating for fear of creeps. So, in order to drive home the message that all profiles on the app were verified and that the online medium was a safe place to meet as the app also took into consideration compatibility matches, they collaborated with AIB-India’s edgiest comedy collective. The result was the hugely popular Creep Qawwali launched in September last year which very cheekily drove home the message to women that the app took proper care to weed out creeps! Says Sachin, “The idea was simple – we wanted to tell our women audience that all profiles were verified and that we also did compatibility matches to make sure that dating through the app was a much safe and secure experience.”

No wonder, the video provided maximum bang for the buck to TrulyMadly, raking in almost 1.4 Mn views, that too alone on its own YouTube channel. The campaign proved how viral, shareable digital content could just get you the right attention from your audience.

Unlike in the West, where there was precedence of online dating before apps were launched, there was hardly such a thing in India. Says Sachin, “In the West, the audience easily transited to the apps from the web medium but in India there was hardly any online dating prevalent before the apps. Hence, we wanted to roll out a campaign which drove home the message to the girls that there is no harm window shopping. Just look at the boys that are available and browse the available info. It is a new concept for the audience as well so in case they liked what they saw, they would come back to the app.”

Thus, was launched the Boy Browsing TVC launched last August, which helped establish the brand. It also established dating as a cool, clean, legitimate way of meeting people. In terms of business metrics too, the campaign was a huge hit, with app downloads growing 2.5x times after the campaign. People also started coming more often to the app, sometimes 9-10 times a day, increasing user engagement as well.

Says Sachin about the campaign, “The Boy Browsing campaign proved to us that our communication was good and that it had also reached the right people.”

Before TrulyMadly got into the TVC, they decided to do a quirky, cheeky rendition of the same concept through the digital medium. Says Sachin, “In India, women are objectified. So we decided to turn this around, and produce a campaign objectifying men in a funny, dirty way.” Thus was launched the Man Parade campaign, which depicted all sorts of guys –  the hot ones, the geeky ones, the suave ones & the swagger muffins marching up to the delight of ladies!

Once again, the digital campaign set a precedence as to how the startup was effectively targeting its audience and building the brand by speaking out clearly to its audience and standing out from the crowd in the way it was doing it.

Of Bras And Boyfriends! 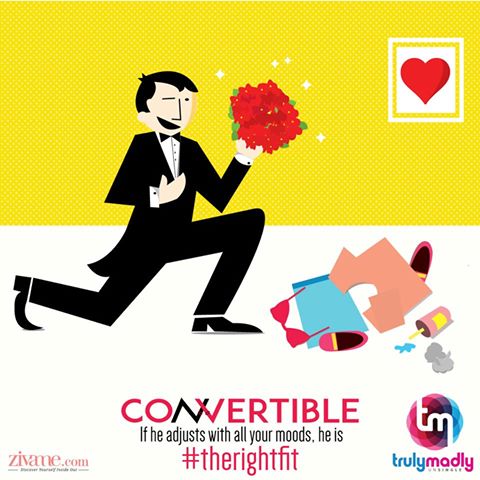 Since all of TrulyMadly’s communication is targeted towards women, association with woman only brands was but a natural progression of their digital marketing strategy. In November, the app associated with online lingerie retailer Zivame to roll a cheeky campaign which compared men with bras! The idea was again to reach out their primary audience through a brand which solely caters to them. Associating with a women-only brand digitally again reaffirmed their communication to their niche audience. 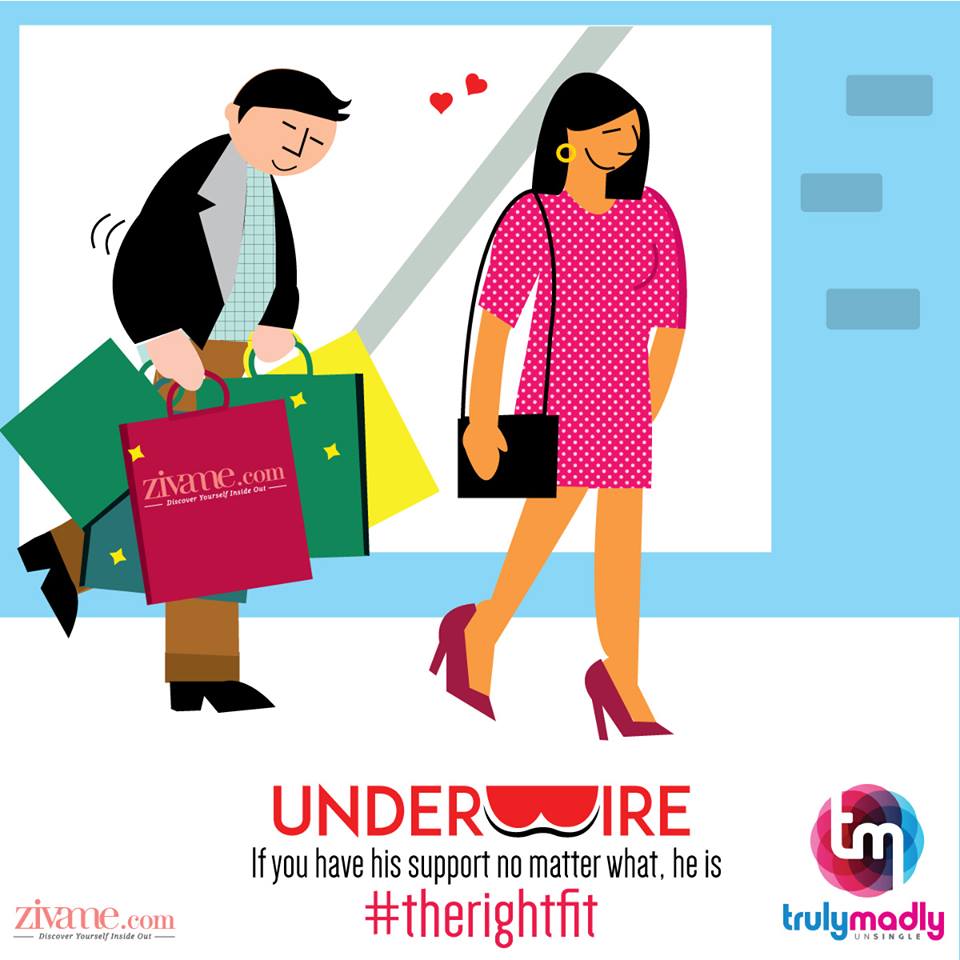 In its early stages, when it was still a bootstrapped company, the startup also did a digital marketing campaign titled ‘Breaking Stereotypes’ at a cost of mere INR 40K. The campaign was again a way to stand out to its audience of 18-34 year olds in its communication without breaking the bank. It was a digital campaign which depicted men and women holding placards which carried crisp captions against stereotyping people on the basis of gender, community, food habits, nativity, likes and dislikes, and more. 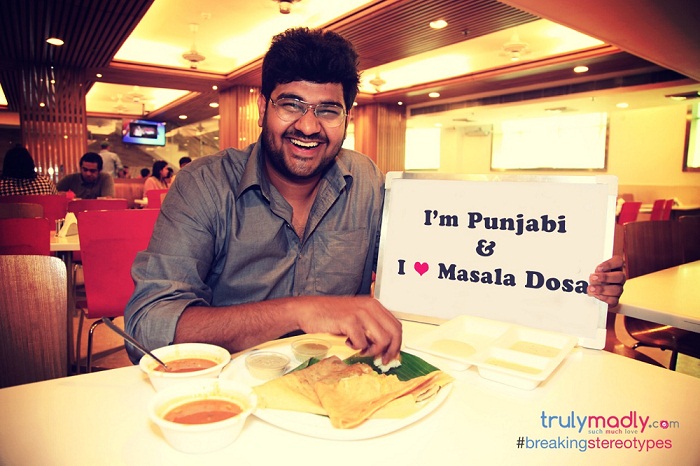 The campaign yet again was an example of successful leveraging of digital media to make the brand stand out in the minds of its audience and lead to positive brand recall. 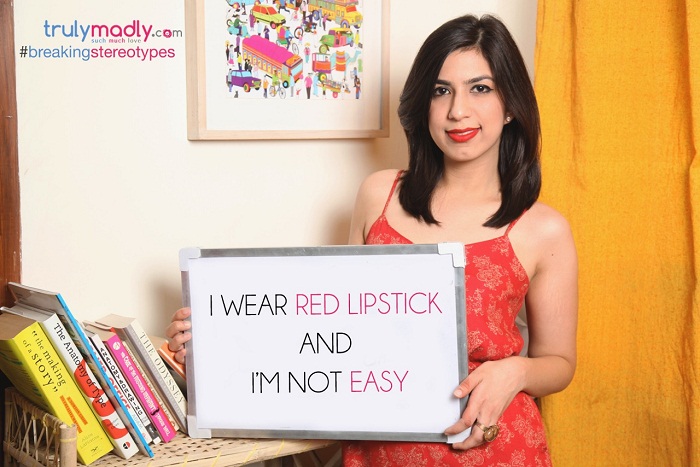 Why No Mass Media

One would wonder why the app hasn’t aggressively advertised in mass media to which Sachin has a rational explanation. He says, “Our budgets are tight and we are in competition with other apps. Every campaign that we do has to stand out and has to have a share-ability factor. And that’s exactly why we don’t do mass media. Because if we do so, we will be doing a lot of wastage. More so, the responses to our campaigns has validated our approach and established that we are reaching our right target audience.”

He adds, “Startups that are app-only or app-focused would do well to engage users only online. Startups that focus on a wider demographic, especially the 30 plus would want to leverage both mass media and online. For e.g. Big Basket or Grofers. A predominantly online strategy provides for deeper and more meaningful engagement and is very measurable. When one is looking at each dollar spent, it proves to be an effective strategy. Having said that, we rely a lot on on the ground engagement too, to build the brand. But each of the ground activation has an online leg – be it Twitter or Instagram.”

The startup will now focus on growing organically. In the pipeline are grassroots events such as taking the Unsingle comedy tours to more colleges. 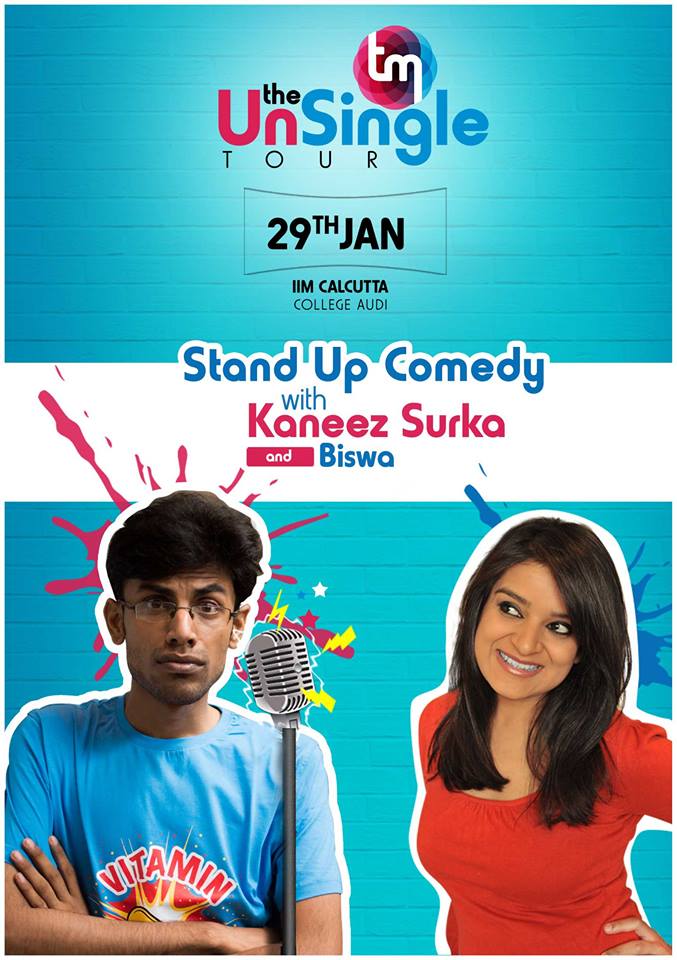 Similarly, it will also focus on taking the Unsingle mixers to more places and getting into more associations with women centric brands.

Recently, the startup also conducted a Speed dating for Startups’ bringing a marvellous opportunity to startup founders to find that one person who can share their passion in real life as well.

The app is here to stay and change the way Indians approach dating. Says Sachin,

“We are a social network and the best way they grow is organically. So after we have done this initial burst, we will focus on doing some grass root stuff and let it build out organically. We are in it for the long term and we will give it time to build out.”

Given the way TrulyMadly has leveraged the digital medium to reach out to its millennial audience in a quintessential quirky style, it is not hard to believe Sachin’s words on the long haul. The marketing strategy scores not only on the quirk factor but also on how it successfully leveraged the digital medium to make inroads into the Indian market. The rest we guess will be revealed by time’s and rival Tinder’s moves!