Trends That Will Rule The Gaming Industry In 2021

Trends That Will Rule The Gaming Industry In 2021

Gaming is today considered as one of the most lucrative business sectors in India, there is a tremendous focus on fantasy sports and sports leagues

By 2021, it just may happen that number of spectators will overtake the number of active gamers 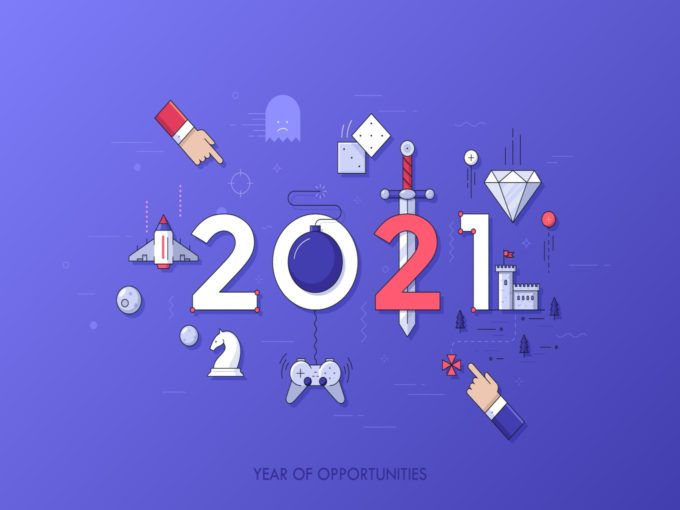 Gaming used to be a steady trend in the West, however, the gaming fever has caught on in India as well with the rise of a serious following among the youth. In fact, gaming is today considered one of the most lucrative business sectors in India. Apart from regular video games, there is a tremendous focus on fantasy sports and sports leagues.

According to one report by KPMG, the industry is likely to see robust growth from INR 43.8 billion presently to INR 118.8 billion by 2023, a fantastic growth rate of 22.1%. This write-up is an attempt at interesting readers with critical trends that are likely to play a vital role in shaping the gaming industry by 2021 in India. Here it is:

The Arrival of 5G

Now, it is quite certain that by 2021 India is likely to see the rollout of 5G mobile services. This is a significant step that is likely to improve the upload and download speeds on mobiles by manifold. It is especially relevant as most online games are dependent on high internet speeds for optimum performance. Moreover, it is going to grow the Indian gaming community as more users would be able to take advantage of 5G for streaming and playing games on their mobile phones or tablets with relative ease.

As mentioned earlier, 5G is going to provide the necessary thrust in making mobile gaming accessible to all. According to estimates, over 2.2 billion people have used their mobile phones for playing games in the last 10 years. With ongoing improvements in Chipset technology, mobile devices are going to be at par with gaming consoles like PlayStation and Xbox. This does not only mean more gamers but it also going to positively impact the bottom line of companies associated with online gaming. It is going to set a chain reaction in motion with more companies likely to join the online gaming space. Such an event can be only mean better games at affordable prices. A win-win situation for both companies and the end-user.

Gaming is slowly becoming a spectator sport, where the youth especially the 18-25 age group is more interested in watching gamers battle it out in virtual space than watching regular sports broadcasts. By 2021, it just may happen that number of spectators will overtake the number of active gamers. Market research suggests that there is going to be a 9% growth in the number of games taking up video games, but there is going to be an incredible 90% growth in the audience watching the games on their monitors.

The success Software-as-Service (SaaS) & Platform-as-Service (PaaS) has resulted in the model getting adopted in the gaming industry as Gaming as Services (GaaS). This model has the potential to revolutionize the gaming industry. It is expected that many of the video console companies are going to switch over to this business model in the immediate future. Such a service would allow gamers to play online games regardless of the configuration of the PC or mobile devices. In other words, an end-user would be able to play online games on an average device without any drop in the game performance. Moreover, such a system would completely eliminate the need for software updates, as all the games would come updated and ready to play.

When it comes to an immersive gaming experience, AR & VR holds the advantage. Since its inception, both AR & VR have made giant strides into becoming what they are today. By 2021, the technology behind both AR & VR is likely to transition into offering a more realistic visual experience. Video game companies would be able to make use of this technology to enhance the overall gaming experience without the need for a video monitor. Going by the numbers both these technologies are going to mop up revenues close to $20 billion by 2021.

Millennials are the most active demographic that is growing the gaming industry. According to Nielsen market research, 71% of gamers consistently watch gameplay on YouTube and other video sharing platforms. This young demographic consists of the most active gamers, with their average age coming to around 35. By 2021, their inclination towards video games is going to make gaming mainstream at par with cinema and other popular sources of entertainment. Analysts predict that 2021 might be the year when gaming reaches an inflection point as an entertainment medium.

Acceptance as an Art Form

As mentioned earlier, video games are fast growing into a potential source of mainstream entertainment. We are likely to witness video games grow into a storytelling medium, which used to be the sole preserve of cinema, television, and print media. With video games finding larger acceptance among audiences, it is most likely to be treated as a validated art form and artistic talent associated with the video game development and creation likely to be treated as artists. 2021 might just be the year when video games evolve into something more than an avenue to pass time. It has the potential to become a medium that brings together a diverse set of people from around the world driven by their love for gaming.

The aforementioned content applies to all kinds of video games in general. But there is a subset among video games that is growing at a frantic pace. We are talking about fantasy sports and these have been able to piggy-back on the popularity of cricket in India. Today, it not just limited to cricket and many other genres are making their presence felt. The explosive growth of this segment has brought the attention of NITI Aayog in India which has called for a self-regulatory body only for online fantasy sports in India. Such developments are indicative of the growth potential associated with these kinds of video games. Above all, India has the potential for becoming a video gaming hub going into the future.