Thinking Beyond Temporary Measures: What Does India Need To Improve Its Air Defence Against Coronavirus?

Thinking Beyond Temporary Measures: What Does India Need To Improve Its Air Defence Against Coronavirus? 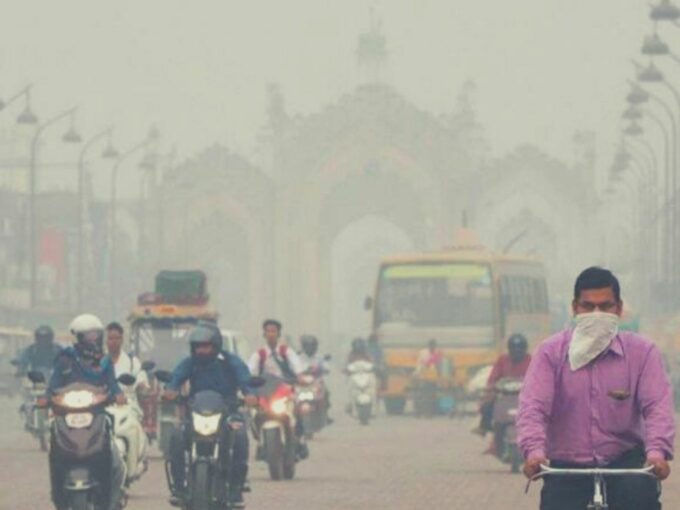 The State of Global Air Report 2019 suggested that 90% of the people across the world lived in cities with mild to severe air pollution. As the world builds a stronger economy with advanced technology, air pollution has become an inevitable outcome of this economic progress.

Increased per capita income has improved people’s lifestyle access to products like cars and air-conditioning, but increased stress on natural resources as well. In India, air pollution has been a persistent issue in recent times. A staggering 6 of the world’s 10 most polluted cities are in India, with the capital city of New Delhi making its way to the list.

The deteriorating air quality and pollution owing to the vehicle and industrial emissions have been a matter of concern for a long time for both the citizens as well as government authorities. Studies show that in the next 10 years, New Delhi’s air quality will be the deadliest in the world with Mumbai, Kolkata and Bangalore close behind, which is an alarming fact.

Apart from the dust, air pollution also includes PM 2.5 particles and other harmful gases. These majorly impact health by creating respiratory problems such as asthma, wheezing and other complications. For children, they impact their health more adversely by causing Attention Deficit Hyperactive Disorder when exposed to increased air pollution continuously.

Contrary to popular belief, air pollution does not only constitute pollution outdoors. Indoor air quality has been proven to be equally poor with millions of dust particles and other microbes in the air that we breathe in. In fact, indoor air can be up to 10-15 times more polluted than the air outdoors. Considering that we spend close to 90% of our time indoors, indoor air quality needs a major boost. This brings us to the subject of the coronavirus and its correlation to air pollution.

The novel coronavirus or Covid-19 which has brought the world to its knees is highly contagious and researchers across the globe are gathering evidence of the virus’s airborne nature. That being said, India, which is seeing a rise in cases despite stringent lockdown measures and to add to the woes of citizens, air pollution is a matter of concern.

With the nationwide lockdown owing to the pandemic slated to be relaxed over the next 1 month, businesses are gearing up to resume operations. On that note, India needs to take meaningful long-term steps to protect its people from the three primary air pollutants; dust, microbes and harmful gases. Air pollution and the lethality of airborne infections are highly correlated. Citizens exposed to air pollution constantly are much more susceptible to infections and viruses like Covid-19.

While the government has taken considerable measures to bring down pollution levels and ameliorate the air quality, the future calls for more robust solutions to improve air quality that addresses the problem more holistically. The lockdown has significantly contributed to better air quality with little to no vehicle emissions and factories/manufacturing units remaining shut, pollution levels are bound to arise when these are resumed. So, what needs to be done? How can air quality levels be upgraded with more permanent solutions?

The novel coronavirus which originated in the Wuhan district of China, spread across the world like wildfire, resulting in the global economy going into a downward spiral. The virus has been proven to be transmitted from one person to another through respiratory droplets such as cough, sneeze, or saliva.

The virus has infected over 4 million people across the world so far and is still continuing its onslaught. While recent reports have been debating the airborne nature of the virus, the cause for concern only increases. The only way to possibly overcome Covid-19 is through a three-pronged strategy – sanitize, purify, protect.

Indoor air quality and pollution are often overlooked in the discussions around air pollution. In 2019, the Activist Organization Centre for Science and Environment’s air pollution suggested that the hidden air pollution indoors in our homes, workplaces and other indoor environments are equally hazardous to our health. Indoor Air Quality (IAQ) in some cases can even be worse than the outdoor air.

In larger centrally air-conditioned spaces, the outdoor air which is already contaminated is constantly being circulated inside. This incoming polluted air has further degenerated with chemical vapours emitted from furnishings, cleaners, and bonding agents.

Another popular misconception is that air-conditioned rooms are cleaner than non-air-conditioned ones. This is a myth. Air conditioners do not purify the air. They merely recycle the air and cool it down before releasing it back into the room.

In most cases, the indoor air is not being treated through any system. The AHU rooms or filters, if not maintained properly, add to the pollution levels indoors thus increasing the risk of cross-contamination. With the lockdown imposed in several countries, people are forced to spend a majority of their time indoors aside from stepping outside their homes for essential items such as groceries and pharmaceuticals.  This means that they are constantly exposed to household air pollution.

Given the sheer size of India’s population which is approximately 1.3 billion, the state and central governments need to work together to build concrete solutions that bring down the dust load from crop burning, industrial emissions, and transportation.

With the virus proven to last on surfaces including metal for up to 2 days and in aerosols in the air for 8 hours, it calls for the concept of ‘air sanitization’. Air sanitisation best practices need to be followed in every public area with a mandate set for building owners.

Apart from this, private organizations, especially startups have forayed into the space of offering clean air solutions. Using innovative technologies such as high-efficiency filtration and ultraviolet light with easy-to-install devices, brands are working towards providing simple solutions which will be effective on a large-scale basis while being environmentally friendly.

Air Sanitisation solutions are devised that take care of all aspects of air pollution – dust or PM, harmful gases, and microbes such as bacteria and viruses.

With air sanitisation indoors becoming a necessity, extensive real-time solutions which are affordable, safe and sustainable are the need of the hour. When the pandemic finally gets over, and the world returns to normalcy with businesses resuming operations, as usual, lesser air pollution both indoors and outdoors should remain as an area of focus for government and the industry, being a major source of employment, and where a majority of the population spends their time.