The Moment Of Truth: Public Market’s Rage Against Private Unicorns

The Moment Of Truth: Public Market’s Rage Against Private Unicorns 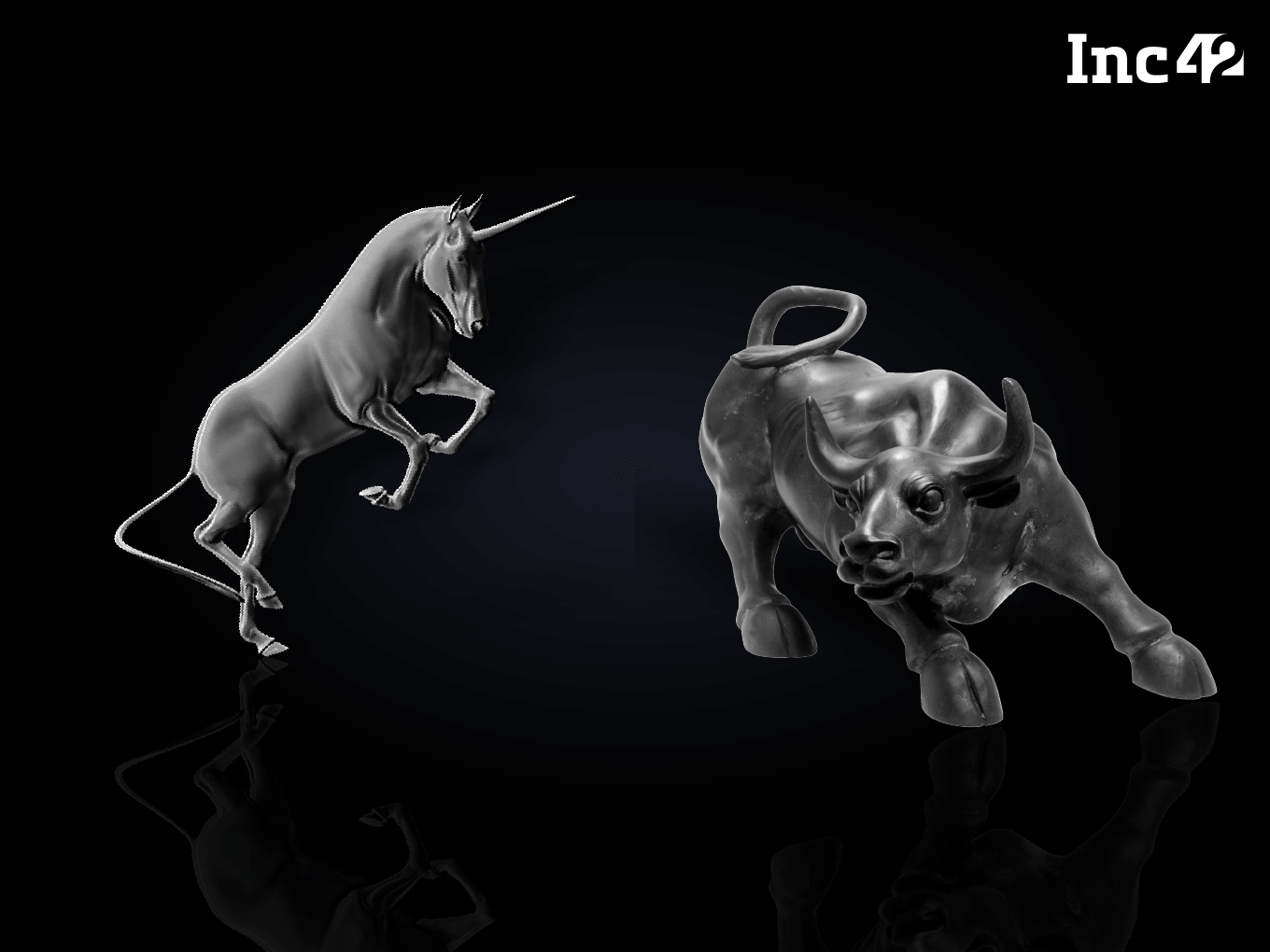 As companies get closer to IPO, they should be measured on metrics that resonate with public market investors

Also, good governance is imperative that needs to be practised since the early stage of a company

The past 12 months saw four glaring examples of Venture funded companies going public or making failed attempt to go public viz. Lyft, Uber, Slack and WeWork. This represented an equal mix of B2B and B2C companies. The following table represents a snapshot of some key metrics.

The last valuation is being done by reputed venture funds. All of these companies had a very strong brand presence, they had a broad customer (user) base, were category leaders (often creators) and had raised several rounds of capital. Notwithstanding all these factors, the hype surrounding these companies and, in most cases, their charismatic founders, they have floundered when they hit the public markets.

It is a cardinal truth that public markets are the litmus test that determines the true value of a company. If such well-regarded and highly valued privately held companies trade at a discount or have to abort their plans to go public, it is similar to an aircraft, cruising at an altitude but suddenly nosediving as if it hit an air pocket.

We have tried to analyze some of the reasons behind this phenomenon and have made an attempt to prescribe a few solutions that would perhaps enable private companies to transition effortlessly and without much investor angst when they go public.

Fundamentally, we believe there is a chasm between the private and public investors’ method to evaluate and value businesses. It is imperative to bridge this chasm or disconnect by private venture investors and their companies if they have to avoid such a regrettable and an embarrassing situation (as above) while planning their IPO.

There are, of course, other factors like quantum of debt, IP, regulatory aspects etc. However, our focus in this paper is largely on the performance metrics of the business.

Private companies on the other hand value companies on a completely different set of factors. If one studies the private markets and the factors that are influencing VC’s judgement towards valuation, it makes for interesting reading.

Some of those are listed below:

Most private companies are also evaluated on their market share, growth rates, market expansion, etc. but we will not delve into these aspects for the purpose of this discussion.

When we did a deeper analysis of how private companies are valued, we came to the following conclusion:

Companies go through an evolution as they raise Series A, B, C, D and later funding rounds. As companies evolve, the metrics on which they are evaluated also need to reflect the evolution. For example, at an early stage, one would evaluate companies based on its product completeness which can later on graduate to market traction, Unit Metrics and ideally should further mature into profitability, market share, quality of management, growth etc.

If you still have companies at Series F level being measured by MRR or ARR and contribution margin (instead of EBITDA), then there is something fundamentally wrong with this thinking. We believe that as companies get closer to IPO, they should be measured on metrics that resonate with public market investors.

Most private companies claim success based on the extent of capital raised. In many B2C businesses, without doubt, it gives the company a better edge to compete as such companies are creating new business models and often have to burn cash to attract customers. Many B2C businesses are also “winner take most” if not “winner takes all” plays and hence there is some merit in thinking that capital is a strong moat.

However, problem arises when businesses start thinking that capital is the only moat and viability takes a backseat. Businesses ought to measure how much of incremental $ invested results in incremental growth and incremental profitability.

In recent times, we are also seeing Indian companies paying upwards of 20 times for earning a single buck. This is an unacceptable situation. Public market investors look at capital-efficient companies (ROCE) and cannot reconcile to business models that guzzle capital but have a nebulous path to profitability.

PS: We have not included Uber in the above graph as it has very high negative free cashflows of approximately -$1.3B & the ratio Valuation at IPO/Capital raised prior to IPO of 3.4x

Entrepreneurs and Investors, both need to appreciate that it’s not just the headline valuation numbers, but the value generated from the efficiently deployed capital, that drives the valuation of the company.

The last and the most critical aspect is the level of governance private companies have or is enforced by private investors. This is where most lapses have come to light. The case of WeWork where there were several transgressions like related party transactions, disproportionate gain to founder for licensing “We” brand to the appointment of relatives in key positions to giving loan to the founder to buy properties and lease it back.

If such transgressions are not addressed in a timely manner, when these companies hit the public markets, it opens a can of worms. We believe that good governance is imperative that needs to be practised since the early stage of a company.

If public market investors are sceptical of the accounting practices, disclosure quality, management integrity and behavior, there will be a trust deficit which will manifest into the value they ascribe to these companies.

[The article is co-written by Shailesh Ghorpade, Managing Partner & CIO, Nihar Ranjan, Venture Partner and Rishabh Bardia, Associate at Exfinity Venture Partners. The views expressed are personal and need not necessarily reflect those of the Fund.]