The Idea, The Journey & The Startup Ecosystem

The Idea, The Journey & The Startup Ecosystem 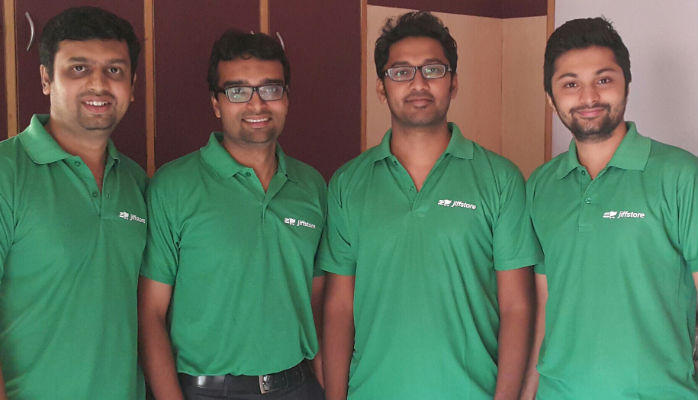 We are in the first week of 2016. Two years ago around the same time of the year, I met with Sri Krishna of Unitus Seed Fund to pitch the idea of Jiffstore. It has been an eventful ride to say the least, and today as we speak, Jiffstore is fully a part of Peppertap. And as we gear up for our next phase, it feels as if a lashing rain has ended and we still crave to continue the rain dance.

Jiffstore was a product of passion and excitement – a sheer adrenaline rush for a continuous two years. Many risks we took were brainless, and many decisions driven by gut feelings. There were several stressful patches along the way, but someone or the other in the co-founding team always found reasons be positive. We marvelously struck a chord among ourselves that we are here to build something new, together.

Our initial discussions were always around finding the right idea. Each one of us had their own strong views on every idea. It was like all of us trying to find a single girl, who would satisfy every ones tastes, to get married to. However, we were quick to take the plunge with an idea that we collectively felt was the best. The plunge was just the beginning. Team building, customer acquisitions, determining the product market fit, funding, scale up and whatnot took us through a rather tumultuous ride – making it clear that though it is the idea that gives us the kick, execution really matters.

Surprises became a routine, with almost every week throwing up some. Taking and executing hard decisions were inevitable. We tried our best to be flexible and be alert for change. From just winging stuff, we started approaching every problem on a solid footing – as if we were going for the kill every single time. And, I believe, we managed some good results.

The startup ecosystem at our reach had a significant impact on us, making us understand that constant change is the norm. The great people we met in the ecosystem acted with the enthusiasm of partners in crime to help us manoeuvre. Some of them became active characters in our story; Will Poole – the wise man, Subbakrishna Rao – the out of the box, Srikanth Iyer – the pragmatic, Ahimanikya Satpathy – the serious well-wisher, Sijo Kuruvilla George – the ecosystem explorer, Abhishek Gupta – the saviour and Sanat Rao – the deal maker.

It was an honor for us to be a part of the several platforms provided by NASSCOM, iSPRIT, Startup Village, TLabs and Bangalore Alpha Labs. While appreciation always brought in a special positive vibe, it was exciting for us to be part of a group of dynamic individuals aligned in thought and action. Also humbled by the way leaders in the ecosystem were available in hours of need.

I am excited to see our startup ecosystem evolve in a rapid pace. Looks like it is following the footsteps of our film industry – same passion, dreams, efforts, glamour and audience. Apparently Bhavish Aggarwal is the Salman Khan of startup world 2015 and Vijay Shekhar Sharma the Amir Khan J

It is 3:00 AM now. The Peppertap dashboard is still active as grocery orders continue to pour in. This first week for me at Gurgaon has been “uber convenient” with Ola, Oyo, Swiggy and a bunch of others. I am glad to have played a small part in this re-imagination of the world. With the same passion and drive we had two years ago to build something exceptional, looking forward to add new twists and turns to this re-imagination.