The Future Of SMART Cities In The Indian Context

The Future Of SMART Cities In The Indian Context

As a country still dependent on non-renewable sources of energy, electric vehicles are slowly gaining traction 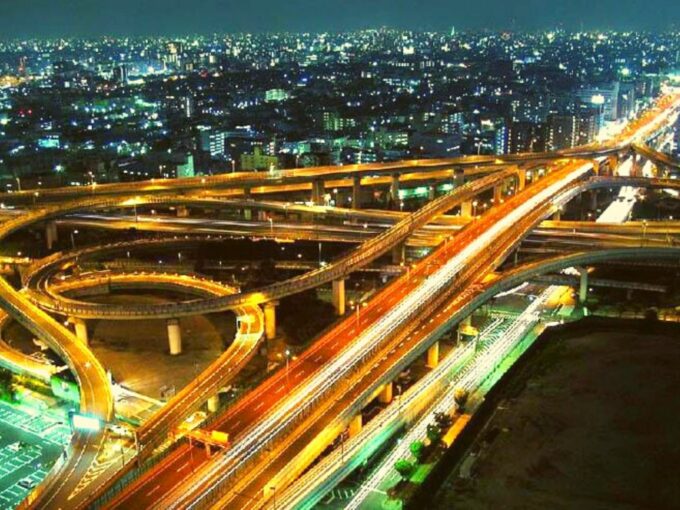 Since the Industrial Revolution of the 18th century, much has changed about how people live in the world. We are a global civilization now characterised by rapid urbanisation. Urban spaces have become increasingly chaotic and incompatible with a healthy lifestyle.

The fourth wave of the Industrial Revolution is driven by artificial intelligence and robotics, which thankfully offer more scalable solutions than the ones we currently have. We now have a fresh start at responsibly managing our socio-political, economic and healthcare challenges.

Good city governance enables and maintains a seamless network of people and data in various domains, including public services, traffic, and delivery services. The current level of infrastructure is what makes us quickly associate Bangalore with heavy traffic congestion, and banks with long queues. Our systems are inadequate.

We are becoming increasingly digital as a country, and smartphone sales are skyrocketing. However, online purchases don’t get delivered quickly enough, and our internet connectivity is still below average. Urban life is fast and messy- there’s traffic and pollution, everyone’s needs are expanding, and perhaps only robots can save the day.

A new focus has emerged among national governments in the past 5 years. They’re increasingly asking themselves the question- Is automation the future of urban spaces? Are robots going to make our cities more liveable? This has led to experiments with robots in social spaces. Many cities are becoming test beds for national and local governments for experimenting with robots in social spaces.

EVs in The Run

We are still a country that is heavily dependent on non-renewable sources of energy. The petrol and diesel that fuels our vehicles also fuels our pollution levels. In India, electric vehicles are slowly gaining traction. Karnataka, Maharashtra, Uttar Pradesh, Andhra Pradesh, and Goa have been the first few states to work towards bringing electric vehicles on the road. Telangana is the fourth state to have an EV policy. Externally, countries like Bolivia are willing to help India procure the lithium required for batteries.

As per estimates by the World Health Organisation (WHO) 7 million lose their lives every year due to exposure to polluted air. According to a study by the US-based Health Effects Institute’s State of Global Air study, in 2018, India and China bear the maximum brunt of this burden. Startups, globally, have recognised a need gap here and are pushing R&D to come up with cleaner solutions for a sustainable future.

In India, Surat was declared the first Smart City. Bustling with trade in textile and diamonds, Surat’s market localities are cluttered, to put it mildly. A brief interaction with any local would reveal that their biggest pain point is their parking infrastructure.

The time they would save just in this daily life struggle would give their economy a big boost. However, it is tedious to repair all the details one at a time. What it takes is the disruption of the larger picture. Cities like Seoul, Tokyo, Shenzhen, Singapore, Dubai, London, San Francisco are in a competitive race to develop “self-driving” cars.

Automated ports and warehouses are also increasingly automated and robotised. Testing of delivery robots and drones is gathering pace beyond the warehouse gates. Automated control systems are monitoring, regulating and optimising traffic flows. The suddenly prolific e-commerce culture in India has made it especially critical for the transportation and logistics industry to get things right with immediate effect.

Automated vertical farms are innovating production of food in “non-agricultural” urban areas around the world. Flyover pillars are becoming vertical gardens to keep the air clean. New mobile health technologies carry the promise of healthcare “beyond the hospital”. Social robots in many guises – from police officers to restaurant waiters – are appearing in urban public and commercial spaces. The robot ‘Mitra’ is only the beginning.

In terms of traffic, we’ve all faced the situation when two cars from opposite ends have blocked a narrow lane. Self-driving cars with laser sensors to ‘see’ surroundings might soon begin to outperform human drivers. At the same time, drones that deliver and monitor security from a bird’s eye view may just be the best vantage point that technology has created for us, second only to the keen insights of data.

They will be essential in providing situational awareness such as inspecting infrastructure and tracking traffic. This technological implementation would give us a world where ambulances would have free passage each time, no questions asked.

Speaking of traffic, we’re still very fond of the two-wheelers that offer us quick and convenient transport. However, in terms of public transportation, our only revolution has been with the availability of metro trains in T1 cities. As public transportation evolves, having various modes of transport work with cleaner energy is also becoming a big focus.

While we may be headed towards a driverless bus world, in the USA, electric scooters (like the Bird rental scooter) are also disrupting the last mile transportation space. The Delhi Metro Rail Corporation has been putting some thought into closing the gap in last mile connectivity issues in the capital. It has partnered with qQuick- an electric vehicles company- to close this gap and commuters can now rent one to reach their destinations without leaving any carbon footprint.

Electric cars should soon become a reality in India with proper policy procedures. However, startups and enterprises are already building the block for the future such as setting up charging stations for electric cars in public areas.

The Swachh Bharat Mission was launched to build a culture of responsible waste management, which has also paved the way for automated waste removal. With frothing urban lakes and unmanageable trash, smart cities will be defined by self-driving trash pick-up trucks that have no human operator.

We are seeing waste-disposal and recycling-based startups do a chunk of the work and hope to see its adaptation by the common public, states and enterprises. Imagine governance with access to data that helps track the trash cycle and make waste management efficient and economical.

While it might seem like the making of a smart city would happen on the streets where everyone can see, it really only begins at home. Over time, we will be going through a strange transformation where we will ask ourselves questions like “Do I need to be polite to this robot?” or “Can I trust this driverless vehicle?”.

But we will only need these solutions for the problems that WE have created. The only way to make this interaction with technology a two-way street is to have our pulse on the problem and be responsible for our waste, pollution and congestion- the old-fashioned way.

[The article is authored by Rajiv Bathla, COO, The Circle.Work.]