Technology Vs Infrastructure: What Will Be The Future?

Technology Vs Infrastructure: What Will Be The Future?

The advantages and mechanisms of artificial intelligence (AI) based technologies is likely to further erode the privacy and autonomy of their users, as more people start depending on the technologies

While giving some buyer advantage, their chief capacity at present is to catch individual data, make detailed behavioral profiles and sell them as products and agendas

While quality of life may be enhanced, with flexible-workplace arrangements and communities adjusting to them; the massive disruption in the way of real estate and office buildings and shopping complexes will pose a challenge that we are currently avoiding 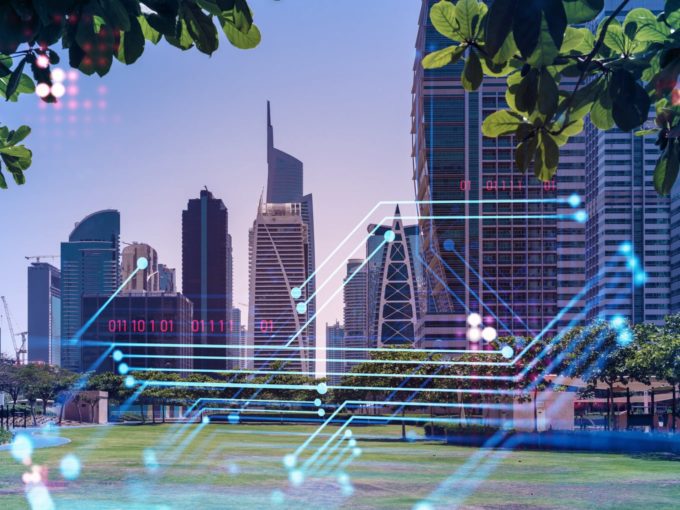 There is no true response to the dilemma. And the reflections of this article will not give an answer to the question that every social scientist is asking today.  The reflections today are with the expectation that some enthusiast or reader will be able to answer these thoughts, enlighten with different viewpoints. While most of the present generation may term the complete article as a mad-hat given the fact that it is technology which is helping human being in every field to tide over the COVID19 challenges, we have to reminisce that end to this crisis is impending, but will we be ready to change our habits?

Technology revolution has been inevitable for quite some time now.  For example, as per 2021 – Report by World Economic Forum, toward the beginning of the 2000s, there were 740 Mn cell phone subscriptions around the world. After twenty years, that number has outperformed 8 Bn, which means there are currently a greater number of cellphones on the planet than people. Similarly, we have been seeing marked changes in the way we were entertaining ourselves, shopping for our favorite essentials, doing financial dealings, planning holidays and many other things – but there was still the option or rather the prospect to step out and complete all these jobs, particularly for the generation who were tech-challenged. In spite of knowing what will be the future, and numerous studies forecasting artificial intelligence-based management of homes, workplaces, careers and education, there was still that space for originality even a year back.

The speed and ease with which an algorithm-based economy sprung up, under the sail winds of social distancing and pandemic norms has been mind-blowing. One reason for the developing role of AI is the colossal opportunities for economic advancement that it presents. In 2019, a project undertaken by PriceWaterhouseCoopers (PwC) assessed that artificial intelligence technologies could increment worldwide GDP by USD5.7 Tn, a full 14%, by 2030. That incorporates advances of $ 7 Tn in China, $ 1.8 Tn in Northern Europe, $ 3.7 Tn in North America,  $1.2 Tn for Africa and Oceania, $ 0.7 Tn in Southern Europe, $ 0.9 Tn in the rest of Asia outside of China, and $ 0.5 Tn in South America.

China is taking fast steps since it has laid out a public objective of putting $ 150 Bn in AI and turning into the worldwide forerunner in this space by 2030. And the challenge is, that a portion of the population believe that life will remain a ‘tele-everything’ world from now onwards, where workplaces, health care and social activity will all be virtual and remotely conducted and it is going to improve lifestyle!

Well, technology has definitely emerged the king with the tech-leaders reaping maximum benefits, but we cannot overlook the power imbalances between the advantaged and disadvantaged classes that has been exaggerated by digital systems overseen by behemoth multinationals as they exploit big data and algorithmic decision-making that are frequently biased, due to lack of training and exposure. The advantages and mechanisms of artificial intelligence (AI) based technologies is likely to further erode the privacy and autonomy of their users, as more people start depending on the technologies. Dangers of these sorts will proceed, powered by emerging deployment of artificial intelligence tools to control the preconditions and switches of democracy. Similarly damaging is AI’s danger to decisional and informational protection. Artificial intelligence is the motor behind Big Data Analytics and the Internet of Things. While giving some buyer advantage, their chief capacity at present is to catch individual data, make detailed behavioral profiles and sell them as products and agendas. Protection, anonymity and autonomy are the fundamental losses of AI’s capacity to control decisions in financial and political choices.

As the pandemic has rearranged incentives so that consumers will be more willing to seek out smart gadgets, apps and systems, there will be more adaptability of new education and learning platforms, rearranging work patterns and workplaces, changing family life and upend living arrangements and community structures, the crisis will be enhanced by digital interconnectedness that engenders empathy and human emotions.

A bigger trouble will be posed by no profitable use of the brick & mortar infrastructure that the country has been building for future expansion and which is going to remain largely unused if the ‘tele-everything’ life steps in. As real estate turns into ghost towns, more people will be pushed into a precarious existence that lacks predictability, economic security and wellness. While quality of life may be enhanced, with flexible-workplace arrangements and communities adjusting to them; the massive disruption in the way of real estate and office buildings and shopping complexes will pose a challenge that we are currently avoiding. Additionally, as per a report by KPMG – Infrastructure Report 2021, the unprecedented size of the effect of COVID-19 on Indian real estate can be measured from the way that the sector has faced a deficiency of over INR 1 lakh Cr since the pandemic broke out. The pandemic brought about a genuine liquidity mash for the real estate developers. The credit deficiency cut down the residential sales to over 2.8 lakh units in 2020-21 across the best seven urban areas of India.

The activity of building physical infrastructure has always been an economic way to generate jobs and employment historically. Governments use these self-paying long-term projects to stabilise demand and supply in the economy, gather momentum and add value to the society in the long run. But the entire exercise will prove to be only a carbon intensive activity if there is no use of these infrastructure.

As physical assets are getting stranded because of prolonged lockdown and low usages, there will be a renewed interest in getting the right mix of economic and social infrastructure with better connectivity – which have versatile usage, interchangeable and adaptable to requirements. There will be no more office buildings or shopping malls, but integrated usage buildings that can be transformed faster. Ghost towns and empty buildings during the pandemic will influence people to invest in more resilient infrastructure, more social infrastructure like roads and sanitation once mankind comes out of the pandemic. Traditionally, nature of infrastructure was estimated by its life expectancy, which decided the certainly worth of the investment made in infrastructure. Yet, presently, foundation has gotten insightful, can communicate with different frameworks and test different infrastructural areas, by means of AI tools, in manners that were obscure a couple of years prior.