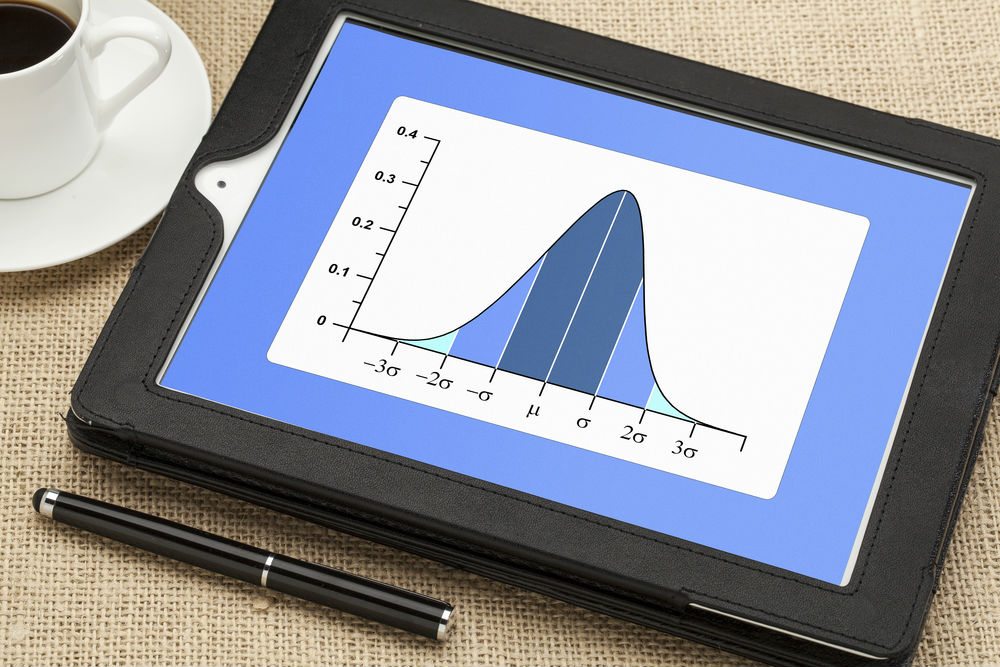 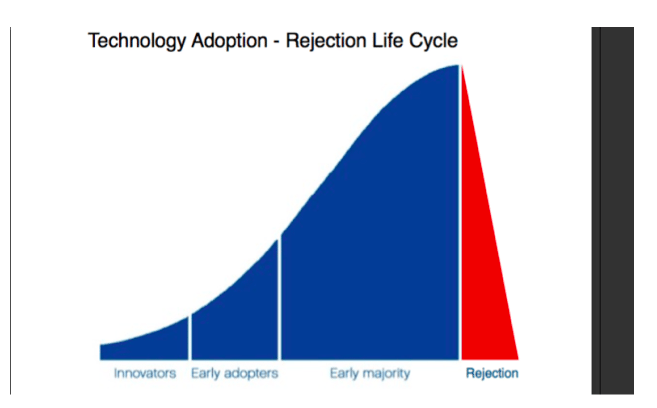 Any one in tech business is well aware of the Technology Adoption Bell Curve. Reams have been written about it. Major studies done. Variants talk about a chasm at an early stage but everyone in tech still swears by this bell. 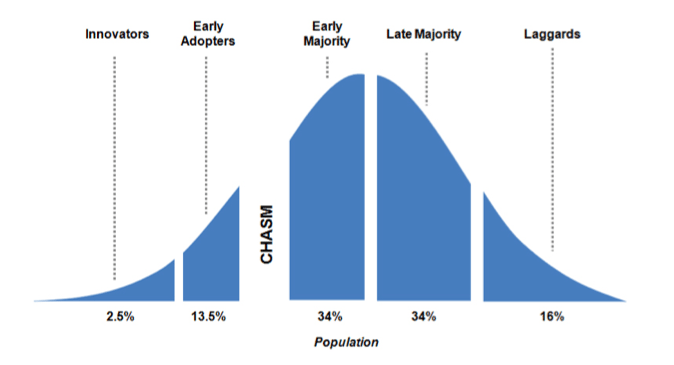 Technology companies in their prime suddenly implode, almost falling off a cliff. Last 2 decades are littered with corpses of high profile tech companies who seemingly could have done no wrong. Yet, have vanished. In mobile handsets, clearly the largest tech industry to emerge in the last 2 decades, Nokia had an active life span of 15 years. Motorola and Ericsson just about 10. Blackberry barely 7 – 8 years. They had great technology, innovation, R&D, Brand building, money, everything…yet they cease to exist (well almost if you like to be technical). In the same industry we are witnessing struggles of giants like Samsung and even mighty Apple.

In internet space we have seen Yahoo, MySpace, Groupon, Foursquare, Zynga, Yelp, Twitter (yes they are at the edge ready to keel over)…a really long list. These were players who were the next of everything. Now. puff. Scary.

Tech companies have always focussed on accelerating ‘adoption’. Open up the next billion and the next, with technology that they first introduced, albeit with regular improvements. As they went digging deeper for new customers, the early ones found a new product. More exciting. More high tech. More understanding of their fatigue with the earlier phone model or web portal. These companies never looked out for the inevitable rejection coming their way. And whats really interesting…the so titled ‘late majority’ looks at the rejection by the early adopters and says ‘oh this company is trying to peddle me old stuff, I am better off leapfrogging with the new player.’ This leads to an irretrievable downward spiral which, so far, none have been able to emerge from.

Thus there is only one reality in tech business today. ‘Rejection’ will come. Cycles are shortening at an alarming rate. This is the new ‘Adoption-Rejection’ cycle. While businesses today amass large investments with a 10 years + plus horizon for returns, they are most likely to die before that, despite being hugely successful. Thus even a highly profitable business may never return money to its mid and late stage investors.

But there are exceptions. A few. Proving the point. Microsoft. Apple. Google. Alibaba. Facebook. Amazon. They seem to be doing the right things.

What are the survival mantras?

Invent not just Innovate – A constant stream of new technology, applications and ideas is essential for a tech company. Ideas are Oxygen for a tech business. Only way to keep ahead of all the upstarts.Thats why Google goes from search to video to Android to Glass to cars. Sure some of their ideas fail. But thats the whole idea. Facebook is going into VR and internet, Amazon into space and Apple into Cars.

Disrupt your business – The biggest enemy of success is success. Its very very hard to change a winning formula. Thats why someone else will. Disrupt existing technology, existing products and existing revenue streams. But, equally important to understand what you are disrupting. No point trying to disrupt an unproven model like the Indian ecommerce players seem to be doing everyday.

Plan for rejection and resurrection – How many businesses have a plan for winding down? 3 year business plans are meaningless in this age. Every tech company should have a quarterly plan for rejection, assuming the bottom has fallen out. A mere quarter can bring down a tech giant from peak to oblivion.

Keep early adopting customers always in sight – They are the reason your business got successful. If they abandon you the rest will surely follow. No kid wants to be on the same platform as her grandmother. Very often I hear companies trying to ‘massify’ as they run out of new ideas, resorting to low price products and discounting. This is their death knell.

Employees above investors – Tech seniors loose instinct. Get caught in PR and investor management. The next big idea for the business will come from your employees. Let them invent and fly. Else they will go out and create your slayer. Every tech company is built by people (founders and employees). Investors come later. Yet, people get fired while investors preside. No tech giant ever came down for lack of funds. They died for lack of ideas.

Stay away from media – A lot of tech seniors fall in love with political and media attention. They forget their purpose – that of ‘leading invention and disruption for the betterment of humankind’. Politicians extract their pound of flesh. Media takes away time. Forces people to do popular things, not right things. Steve Jobs never bothered about being unpopular. Larry and Sergey are happy letting others take the spot light. They have led 2 of the most successful companies in the world. That can’t be wrong.