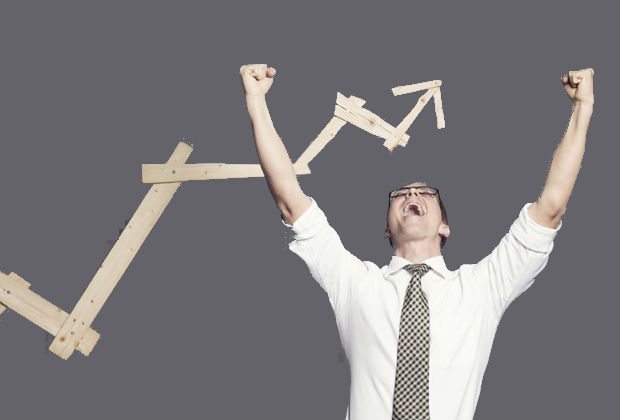 One of the key challenges of creating a two-sided network is deciding how to get both sides on board. Does a marketplace get the consumers first or the merchants first? And why would either side join without the other? Platforms face a chicken and egg problem often during the initial stages of seeding. A great way to gain traction for such a network is to steal traction from another one.

Piggyback on a thriving network as long as your platform is contextual and complementary to that network and delivers additional value to the users there. As far as growth strategies go, there are few strategies that are more scalable and sustainable as engines of growth.

But how do you do this smartly and get it right?

Try to be one of the first on the underlying network

StumbleUpon benefited a lot from being one of the first plug-ins on the Firefox browser. It was a natural complement to a browser, which is essentially used to find information. As a serendipity add-on, it was one level of abstraction above Google’s “I’m feeling Lucky”, if I could put it that way. Firefox initially ranked plug-ins by downloads and being one of the first add-ons gave StumbleUpon an unfair advantage. SU essentially rode on Firefox’s growth.

Solve a pain point on another network

Quite simply, the best way to leverage the growth of another network is to solve a pain point for users on that network.

Paypal got almost all its traction by piggybacking on eBay and offering a much superior payment method than the painful check-over-mail. Paypal solved all the payments pain points on eBay providing instant payments without the hassle of credit cards. Moreover, while credit card companies scrambled to figure out how they’d manage online fraud, Paypal simply did away with the problem by taking the risk upon itself (a classic case of how a high burn rate company changed an industry). Paypal soon became the predominant mode of payments on eBay and essentially rode its growth to become essentially synonymous with online payments. Paypal also tried many other traction strategies that together helped it gain massive traction, but that’s another story.

Beat the other network at its game

Unlike the Paypal-Ebay relationships, startups may also piggyback on competitors by solving the painpoint better.

In a move that is now a part of startup folklore, AirBnB piggybacked on Craigslist by reverse-engineering a cross-posting integration with Craigslist. Airbnb encouraged hosts to simultaneously post listsings on Craigslist every time they would post one on Airbnb. It’s important to note that Craigslist doesn’t allow external services to post listings there and Airbnb had to go out of its way to simulate that feature. Airbnb offered a better end-to-end transaction experience and greater activity in the short-term accommodation category. Piggybacking on Craigslist and stealing traction from them helped Airbnb get the initial community going , ultimately letting them build out the massive marketplace that they have.

Add value to the creators on another network

It’s ironical that YouTube has never stopped growing and MySpace is little more than interesting trivia in The-Big-Book-Of-The-World’s-Worst-Acquisitions. Engagement on MySpace was built around indie bands and musicians who needed a way to showcase their talent. Online video was broken. YouTube fixed that with its flash-based one-click video experience and MySpace users finally had an answer to their problems. Once on the social network, YouTube adoption grew virally (Hey, how did he put up that video on his page?) exposing it to millions of people. By 2006, YouTube’s reach grew past MySpace’s and the graphs have only diverged from then on.

Photobucket, in a similar vein, solved the problem of posting pictures on MySpace. By late 2006, 60% MySpace pages connected to Photobucket, which eventually sold out to MySpace for $250M.

Just as YouTube grew solving the pain of video sharing on MySpace, Flickr solved the pain of sharing pictures on the blogosphere. Every blogger putting up a picture on his blog helped showcase the service to others. Flickr rapidly grew to become the fifth most visited website on the internet by the time Yahoo lapped it up.

The key with Youtube as well as Flickr was shareability or widgetization. Shareability is critical to content going viral, which in turn spurs adoption on the platform. More recently, DailyMotion, a distant #2 on the video sharing scene gathered fast traction after releasing a video sharing app on Facebook, the one platform where it did not have to directly compete with Youtube as an app. Of course, the total number of Youtube videos hosted on Facebook continues to be much larger than the DailyMotion videos.

Create a unique value-add service catered to the external network

Bit.ly saw similar growth riding the success of TweetDeck, and more fundamentally, Twitter. Twitter needed a URL shortening service given the 140 character limit and Bitly provided that. The fact that TweetDeck, a service already finding rapid adoption by Twitter users, chose Bit.ly as a URL shortening service gave it that extra edge to gain traction when so many other shorteners failed.

IE, riding Windows, defeated Netscape in a story that is infamously quoted in many antitrust cases. The web was growing rapidly and computer users needed a browser. Bundling IE with Windows was a master-stroke on Microsoft’s part.

The Piggybacking of Today

So here’s the design pattern:

Piggybacking works on a rich-get-richer dynamic: There is a strong first mover advantage when piggybacking an underlying network. This aspect is explained in a lot of visual detail in another post here.

Making the most of piggybacking

About The Author – Sangeet Paul Choudary

Sangeet Paul Choudary is a platform junkie. He is also an Advisor at SkillShare, Ex-Intuit, Ex-Yahoo, Mentor, Keynote Speaker, Author at Oreilly Media and a columnist at HBR, TechCrunch & TNW. Follow his blog at Platformed.info