Why Startups Find Selling To Large Corporates So Hard

Why Startups Find Selling To Large Corporates So Hard 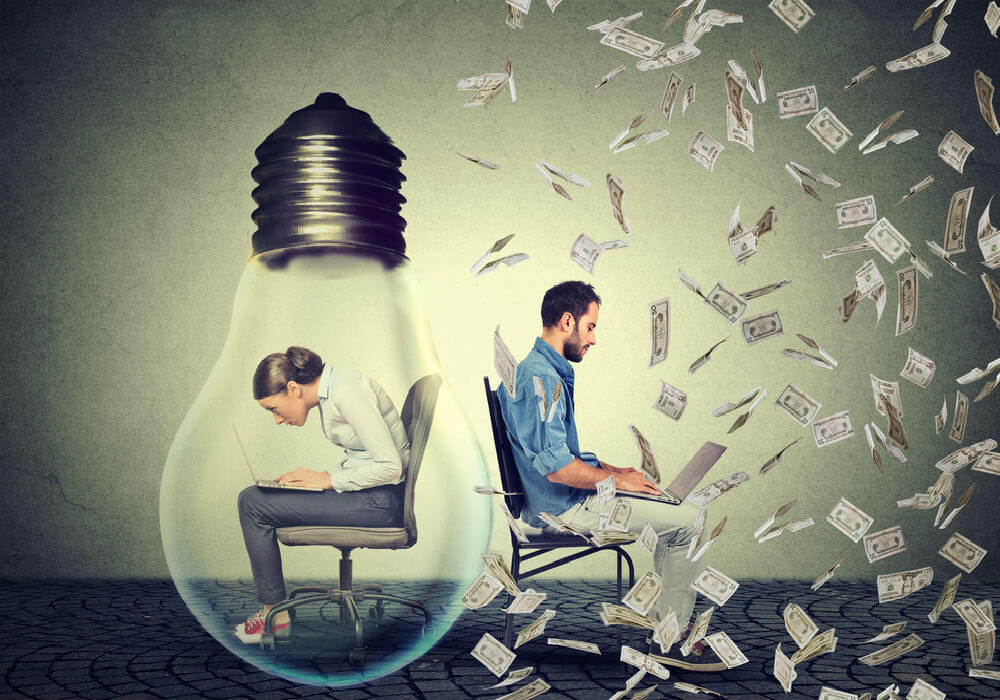 Lots of startups get very excited when they get an email reply from a large company. They think, “Oh great, once we close this order, we’ll be absolutely fine, because this is going to solve all our problems !”

They start dreaming big and spend a lot of time and energy in pursuing this particular whale. They’re happy to dance to the company executive’s tunes, and do as many free pilots as are required, in order to prove how much better they are than the rest of the competition.

They talk to all the teams in all the departments, to convince them how cool their product is. They are happy to bend over backward, in order to create customer delight and to integrate with the company’s IT systems.

However, they are often taken for a ride in this David versus Goliath situation. Because they are naive, they misread a lot of the signals which these large corporates give them.

Often these companies are just pumping the startups for information, rather than treating them seriously as potential vendors. Thus, they don’t understand that even though the person whom they’re talking to may have a very fancy office and a posh designation, he’s often not the decision maker.

Let’s not forget that most powerful executives are too busy to talk to startups!

As a result, they waste a lot of time chasing the wrong people. These suits are usually very good at talking sweetly and promising lots of stuff, but they often don’t have the authority to be able to sign a cheque!

The reality is that corporates are often saddled with a lot of inertia, and riddled with politics. Most managers people don’t have the independence to make a decision, so that even if you have found an internal champion who really wants to buy your product, there may be someone else who wants to purchase something else, and he will do his best to spike your deal.

Even worse, the right hand in these companies has no idea what the left hand is doing, which means you send up wasting months, just going around in circles! It can be hard to get the finance department to issue the order, and the compliance division of the legal department will create hundreds of hurdles.

They will take unfair advantage of the fact that you’re desperate for their order, whereas they really don’t care because they have so many other options – each of whom is equally desperate to make the sale! While you might believe that because your product has a much richer feature set or the fact that you’re much cheaper should make a big difference and goad them into action, this is not true.

After all, the executive is not spending his personal many, so his incentives can be very hard to decipher! In fact, you are handicapped because you are a startup because there’s no certainty that you will be around after a year, and that’s one of the biggest concerns, which they may not even talk to you about.

And then, when you finally think, “Okay, everything’s fine, the order is in the bag” you’ll find that the manager you were talking to has been transferred or has left the company, which means you have to start the sales process all over again, with someone completely new!

Until you learn how these large corporates operate, you’re always going to end up in the same mess – and it’s going to be the same old story – ” so near, but yet so far”!

So how can you learn without getting too many ulcers?

It’s also helpful to watch movies about corporate executives – there’s often a lot of truth in these stories. Books – both biographies and fiction can also be helpful. And there are some great books as well – for example, Selling To The Elephant.

You need to be empathetic, and look at the world through the company executive’s eyes, so you understand his compulsions and hot buttons – what makes him say Yes, and why he is likely to say No. Corporate sales cycles are long, difficult and complex, and you need to be patient – but the good news is that once you get in the door, you have a head start as compared to all your competitors, who are likely to remain locked out!