Return On Time Invested – The Most Underrated Startup Metrics

Return On Time Invested – The Most Underrated Startup Metrics

Too often, We Are Too Obsessed With Return On Money Invested That We Ignore The Most Important Capital - Time 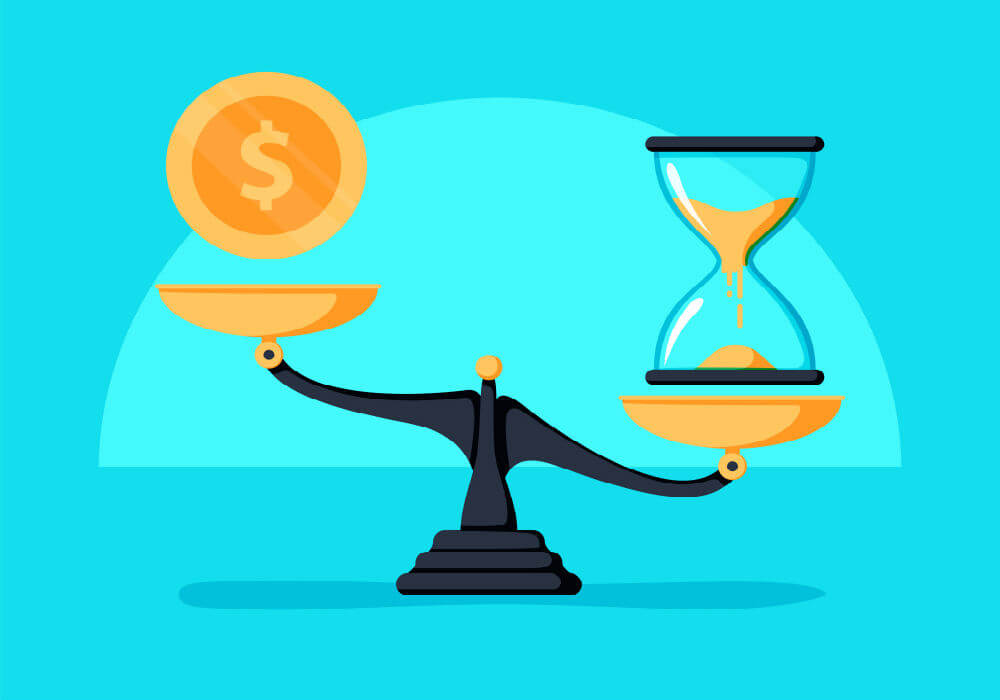 Time is money. Are you spending time or investing it? During my stint at a startup i.e. TaxiForSure, one of the projects I undertook was increasing customer retention. SMS was one of our primary channels and as a startup, every penny saved was a penny earned.

One month, together with an analyst, I decided to segment the data, and send specific SMS’s to selective customers. It was time-consuming but we ended up saving Rs 6,500. The return on money invested made it worthwhile.

Add this to the equation. The time spent by the analyst and me together to mine the data, establish patterns was about 16 hours as opposed to the 10 min in sending a mass SMS. Even assuming conservative salaries for both the extra 15 hours and 50 min are at least worth INR 16,000.

Now does the activity seem worth it?

Too often, we are too obsessed with Return on Money invested.  How much money will we make on the capital deployed? But we ignore the most important capital – Time.

Time is not free. It may feel like the cheapest currency you have but is really the opposite. Once spent, it cannot be recovered. There is an opportunity cost involved in every minute spent. What else could be doing with that time?

How often do you find yourself spending hours to compare deals on various websites, find coupons and finally save a few hundred? Have you ever thought about what else you could be doing in that those hours?

Once you start thinking about time as money, your productivity can increase manifold.

Here’s How You Can Increase Your Return On Time Invested

As a manager, there is a certain task that you do every day that takes 5 min. That’s 1825 minutes a year. Spending just 60 min (1 hour) delegating it to someone could save you 1765 min. So stop saying “it would be faster if I did it myself than spend one-hour teaching someone” Assuming its a 5 min task, it wouldn’t even take one hour to explain! Better yet, see if you can automate the task using technology, saving everyone’s time.

As an early stage startup founder, it suddenly becomes worthwhile to spend on an HR consultant instead of sending resumes to your network, posting it on various websites, keeping a track of all resumes, sifting & shortlisting them. Imagine what you can do with the time, hence money saved.

Startups have always been more about ‘learning the ropes yourself as you go’. Training in a startup is unheard of unless it is a process-oriented role like customer care. But in my experience as a founder, training each and every member (not just an orientation) can increase their productivity in the long term, generating a better return on time invested and ROI.

If an employee is going to spend 160 hours a month making business development calls it is worth it to spend just 8 hours training them on the company, vision, processes, nuances of the business, tricks you have learned to increase their productivity. Employees familiar with the product can not only get more customers but also deliver a better customer experience, creating brand value.

In fact making ‘bad calls’ not only decrease productivity but can harm the business reputation and decreasing brand value early on. Think long term, stop being short-sighted.

This also puts emphasis on self-training. If you have been doing the same role the whole year, you may feel you are ‘getting better at it’, but take a step back and evaluate – after a point, are you really learning anything new? There is an opportunity cost to your time. Pick up a new complimentary task. If you were doing Facebook marketing for a year, pick up google advertising or affiliate advertising or start learning the creative process.

It is important to constantly challenge yourself and upgrade your own skill set.

Most of us have all our tasks for the day/week/month on a checklist. Don’t get caught in ticking off the checklist. We all want to tick off the ones that ‘can be done quickly’ or ‘easy/fun to do’ or ‘gives peace of mind to complete’. But at the end of the day were you really productive?

Ask yourself, if there are only three things you have time for, what would they be? Which are the projects worth your time? Which would have maximum impact on the business? As a founder, stop spending time on projects that have small, incremental returns.

Return on time invested (ROTI) is also a good framework to understand when to stop working on a project. When you spend an excessive amount of time on one project, it is easy to keep looking at the ‘sunk’ cost and keep pursuing it. Keeping a measure of the business impact and time invested so far will give you a clear picture if its worth spending x more time on it.

To sum it, time is money, but it is also worthless if not invested right. Treat it as your most valuable resource as a startup. Invest it.