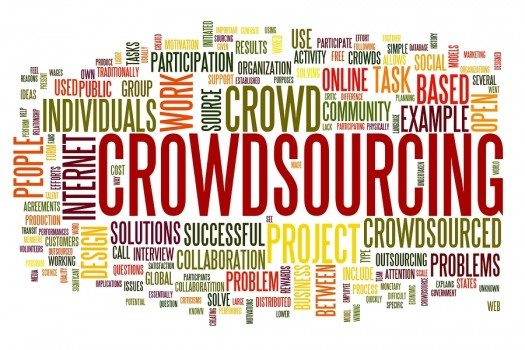 What is common between Audi Production Awards, GE’s Ecomagination Challenge, Dell Ideastorm and My Starbuck’s Idea?
Allow me to ask a different question with the same answer; you run a business which is going well. But there’s a problem! The festive season is fast approaching, almost banging on your head and you have no new innovative marketing plans, a creativity blunder seems apparent on the horizon, you rack your brains but nothing innovative churns out. Things seem gloomy, befuddling, lost. What do you do now?

Fear not my entrepreneur! For help is but the crowd! Welcome to the world of crowdsourcing! The best form of jugad! It’s pretty simple actually, you deal with consumer products, and who could be the best judge on the viability of the product than the consumer itself? But the lean startup model cannot accommodate all in the firm so here’s what we do, ask the consumers to help you out. This is the exact idea behind all the aforementioned contests, though the imagery created may not be exactly concurrent to their situation.

Basically, Crowdsourcing involves outsourcing to a wide range of people. This process can occur both online and offline. The difference between crowdsourcing and ordinary outsourcing is that a task or problem is outsourced to an undefined public rather than a specific body, such as paid employees. You only need to hold a contest, arrange scintillating prizes and voila! Enjoy brilliant returns. Crowdsourcing, the portmanteau coined by Jeff Howe in 2006 has become a widespread global supplement of creativity to the corporate world.

Dunkin’ Donuts, “America’s favourite everyday, all day stop for coffee and baked goods”  have launched many ‘Create Dunkin’s Next Donut’ contests, all of them have earned them rave reviews and ensured that the customers’ changing tastes always influence the Donuts. Here’s how this campaign was different, Dunkin’ asked netizens to collaborate a playlist of songs that go well with their Coolatta Summer Drinks. The results were a staggering 300,000 new Facebook fans ,while over 40,000 Pandora users added “The ultimate Coolatta summer music mix.” Year after year, their sales are skyrocketing! Now this is called some brilliant innovation.

Not just global corporate bigwigs, even famous Indian brands have resorted to crowdsourcing to fulfill their immediate void of ideas. ‘Kurkure’ even went to the extent of asking customers to design their Diwali gift pack. The consumers love it! It’s their idea of easy money and ephemeral lionization. Post one well thought out link on Facebook, and you will have thousands vying for the big prize! Executives understand the enormous potential in crowdsourcing, they believe that every business can ensure their bit of profits from the endless power that is crowdsourcing, and they just need to learn to harness it. Not just monetary returns, allowing crowds to participate in a company can even boost the company’s brand value and its popularity among its target audience.
A Mumbai based venture called “iLogo” designs t-shirts for College fests; but here’s the funny part, the designs are made by netizens on Facebook and the one with maximum ‘likes’ wins!

My 2nd standard Hindi teacher may be bemused by the practicability of crowdsourcing, her favourite lesson in the textbook was the one which ended with the moral, “apna kaam swayam karo” (Do your work yourself). But I believe age old wisdom is eternal, it’ll always flow with intelligence. It is but common sense that you cannot expect to get a million dollar idea from Facebook in return of peanuts. It is of course a euphemism that I used here, but the implication is quite clear. To achieve trailblazing success, one has to rely on his immediate workforce, cater to their needs and optimize the returns on his direct investments in their favour. It can however only be a chance event if a path-breaking idea is formulated from the crowd.

This shouldn’t disparage crowdsourcing though, Kishor Kumar must have visualized the scope of crowdsourcing when he sang the hit Hindi movie song,
‘ye public hai sab jaanti hai’!