Startup Culture: An Underrated Aspect Which Can Make Or Break Any Startup

Startup Culture: An Underrated Aspect Which Can Make Or Break Any Startup 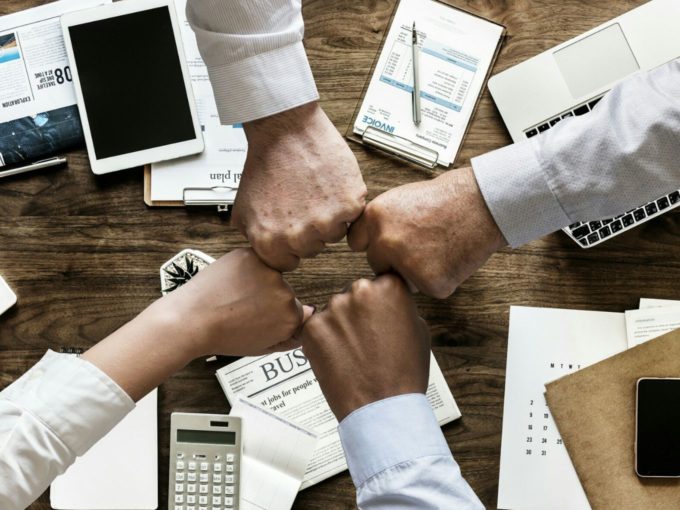 In 1973, John DeLorean started the DeLorean Motor Company (DMC) to produce futuristic cars. He aimed to make DMC a sanctuary for freewheeling minds that wanted to change the future.

But rather than turning into a hallmark of DeLorean’s grand vision, DMC became a dysfunctional organization. Losses mounted to the tune of $250 Mn and forced DeLorean to declare bankruptcy and sell his own 434-acre estate to Donald Trump (yes, the same one).

DeLorean was a brilliant engineer and inventor. He felt disillusioned with the order and discipline at his workplace, General Motors. In his mind, it restricted creative people like him. That’s why he threw the business textbook out the window and tried to reinvent the wheel at DMC. He gave people free rein to do whatever they wanted and expected positive results to follow.

But what followed were petty office politics, chaos, and corruption. Employees either didn’t get enough directions or felt overwhelmed with trivial instructions. No one followed the rules, no one was accountable, and little got done.

In the end, it was DMC’s culture – the factor that DeLorean assumed would enable DMC to disrupt the future – that caused its destruction.

What Startups Don’t Know About Culture

We often discuss the most common reasons for the failure of startups: no market need, ran out of cash, bad team, got outcompeted, and pricing issues. If you think about this, all these issues can trackback to their culture.

Culture has been discussed extensively in the last decade with little clarity on what it really means.

An organisation’s culture is how it functions every day. How people perform their tasks, communicate and work, and how they address challenges. It’s the stories that employees share about their organisation.

When Aristotle said, “we are what we repeatedly do,” he had, in effect, defined organizational culture.

“Company culture” doesn’t exist apart from the company itself: no company has a culture; every company is a culture. — Peter Thiel.

For many startups, culture means foosball, beer pong, bean bags, free food, and frequent parties. Like DeLorean, many founders believe that discipline and order go against the ethos that startups stand for – challenging the status quo.

But when startups encourage too much independence in their cultures, here’s what happens:

When people don’t know what leaders expect from them, confusion follows. The result is passing the buck until issues turn into full-blown fires. And all frustrated leaders can do before trying to douse them is ask, “why didn’t you come to me earlier?”

Lack of concrete metrics to measure performance cause promotions to go either to yes-men or star performers.

Yes-men are good for a leader’s ego but the biggest obstacles in the way of getting work done. Likewise, while star performers can achieve results, they lack the managerial skills to enable others to do the same.

Sachin Tendulkar was a remarkable batsman but a dismal captain. On the other hand, Sir Alex Fergusson was a legendary manager, but not a great player.

Non-performance is a strict no-no. But it becomes the norm when startups ignore discipline and accountability.

Leaders helplessly watch people underperform and hope that they’ll take up ownership. But these non-performers are like creepers. And nobody likes creepers leaning against them.

With time, more people slack off until non-performance spreads through the startup-like an epidemic.

5 Core Aspects Of Every Startup’s Culture

Expecting discipline in culture is akin to expecting people to be healthy. Everyone knows what being healthy means, but the means to achieve it will differ according to person.

Discipline and order are intangible aspects. To achieve them, here are five aspects that successful startups consider non-negotiable.

Billionaire investor Peter Thiel believes that the most compelling reason for PayPal’s success was each team member being accountable for just one metric. People knowing what was expected from them and how they would get evaluated reduced conflict.

Making people accountable for just one metric might sound counterproductive for resource-strapped startups. But in reality, it:

Inform people on their key role and how they’ll get evaluated, and follow up on how they’re doing.

In the knowledge era, getting clear feedback on our actions and behaviors is difficult. That’s why startups try to do more work because that’s a visible metric. Or they wait for more information until they’re sure about a decision.

The result is that they either get swamped with useless tasks or wait so long that their go-to-market time gets delayed.

Minimum Viable Progress is as important for startups as building a Minimum Viable Product. Successful startups identify the 20% actions that will yield 80% of results, ask themselves, “What should we do to move forward in this?”, and act. Then they collect feedback and refine their action plan accordingly.

“Most decisions should probably be made with somewhere around 70% of the information you wish you had. If you wait for 90%, in most cases, you’re probably being slow.” – Jeff Bezos

Startups face the unique challenge of convincing customers to change their behavior. The ones which use deep discounts to achieve this don’t sustain in the long run. Their products are nice-to-have only so long as discounts keep coming.

Startups believe that they know what customers want because “Steve Jobs didn’t believe in market research.” But if this were true, Apple’s product managers wouldn’t demand to talk directly to the iPhone’s customers. And no market need would not be the most notorious reason for startups to fail.

Engaging with customers enables startups to:

Most organizations ignore streamlining communication because it differs by person and style. But these unique styles lead to the ambiguity that lengthens email chains, causes rework and creates problems that should not exist.

C.F. Braun, a remarkable entrepreneur in the early 1900s, had a rule for the Braun Company’s communications: you had to tell who was going to do what, where, when and why. If a person wrote a letter or directive telling somebody to do something and didn’t explain why they could get fired. If they did it twice, they would get fired.

This might appear painfully time-consuming. At the moment, it is. But the time invested yields rich dividends in the long run. People get clarity on what they want to communicate, listeners and readers know what’s expected, and work gets done faster.

What would you prefer? Investing some time to communicate clearly or creating problems that shouldn’t exist at all?

Growing At A Sustainable Pace

Between 1986 and ’96, Southwest Airlines (then a startup) grew at such an astounding pace that 100 small cities requested them to begin operating in their city. While other airlines were making heavy losses, Southwest Airlines was flooded with opportunity.

But Southwest Airlines turned down over 95% of the offers and started operating from only four more cities.

Why did they walk away from aggressive growth? Because the airline wanted to grow at a pace it could sustain.

Aggressive expansion is the in-thing. But in its quest, startups take shortcuts, create ambiguous job roles, and get trapped in daily fire-fighting. This is why stories like DMC occur even today.

Startups which focus on their foundations in the earlier days grow swiftly in the long run. They become overnight successes after years of patient work behind the curtains. Ask Amazon and Tesla.

Growing at a sustainable pace will enable your startup to do amazing things that generate PR and buzz without you having to pay for it.