The Corporate Venture Capital Game Is Mutually Beneficial For Startups Too Fred Wilson, Managing Partner of Union Square Ventures, hit one below the belt when he went on record at the “CB Insights Future of Fintech Conference” to say that Corporate Venture Capital (CVC) is dumb and that corporates investing in startups rather than buying them out doesn’t make sense. Moderator Nathaniel Popper of the New York Times, clearly startled by the statement, tried to come up with the defense that investments like these could give corporations access to startups, especially in the fintech space and “get them in the room” to hear what the startup is working on and see if it applies to their company.

Fred, still unconvinced, refused to bulge and went on to say that startups taking in investments from CVCs should be wary as they are “doing business with the devil.” 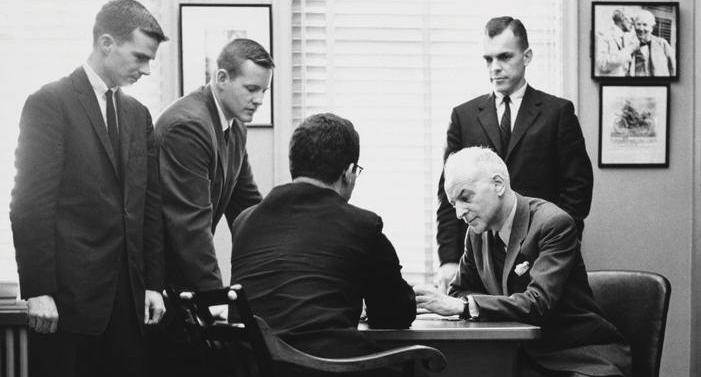 Fred might have his reasons, but many would agree to disagree with him. NBCUniversal, the American media conglomerate, would certainly be among the first ones on that list. In 2016, NBC Universal, turned to BuzzFeed, the social media & entertainment company in which it had invested $200 million a year earlier, when they wanted to tap into young viewers for the 2016 Rio Olympics.

NBC Universal, though one of the ‘Big three’ television networks in the United States, had a typical audience of people in the age group of 30-50 while they wanted to target the millennial audience, ones in the age group of 18-30, since they knew the lucrative advertising dollars that follow them.

In a masterstroke by sorts, NBC struck a partnership with Snapchat, the holy grail of millennials around the world, and handed over the password of their account to Buzzfeed to focus on the content creation for the Olympics. Buzzfeed proved its mettle and their content received 2.2 billion views and 230 Mn minutes of consumption in two weeks. 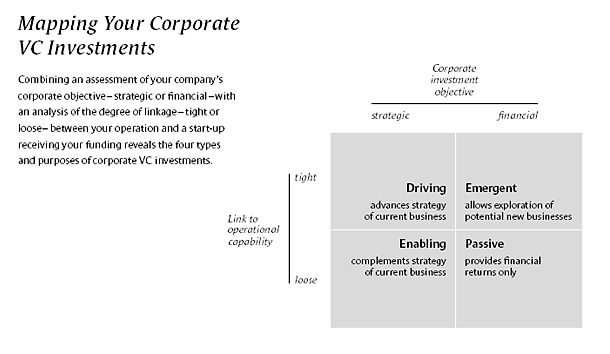 Considered by many as the fourth wave of CVC, the first three waves spanning from 1965 to 2001, this wave initiated somewhere in the early 2000s bearing in mind the developments of the past especially the end of the 3rd wave which was brought about by the crash of the technology market in 2000-2001, effect of which was such that corporations lopped more than $9.5 Bn in soured venture investments off their books in the second quarter of 2001. With over 800 corporate venture arms functioning globally, corporate venturing has expanded from its traditional strongholds in technology and pharmaceuticals into fields as diverse as machinery, finance, power and gas production, solar and construction.

But keeping all initial enthusiasm aside, one is forced to ponder if even the current wave of corporate venture capital activity is just another spin of the cycle? For decades, large companies have been wary of corporate venturing. Some have seen their venture initiatives fail outright, and many more have given up too quickly when they realised that this little experiment is not giving them the returns or insights they were expecting it to give. Even firms with successful funds have sometimes struggled to make use of the knowledge gained from start-up investments.

To be fair though, running successful corporate venture capital arms isn’t easy: companies’ processes and rules can make them slow-footed and unfocussed. But as disappointment with R&D results grows, there are indications that corporate venturing may be gaining ground—and respect.

Historically prone to boom-and-bust-cycles, CVCs have also always had their share of drama, whether it is the confusion regarding the primary reason for the investment – is it strategic or for financial gains? Are the corporations investing because they suffer from FOMO (the fear of missing out)? And whether the corporates think of these new-age startups only as outsourced R&D centers or as strategic partners to drive innovation in the truest sense? Understandably so, since as a form of equity investment which has evolved greatly over the past 50 years or so, while also factoring in its broadness and diversity, makes it challenging to understand what exactly CVCs are and what their role is. To put it on record, companies establish venture arms for broadly four reasons:

Apart from trying to fulfill the above four motives, corporate venture capital funds also can serve as an intelligence gathering initiative for the company to protect itself from emerging threats. Traditional R&D doesn’t do a good job of sniffing out threats from competition, usually because of targeting their focus on a narrow range of projects, thus blindsiding the company to innovations happening outside these projects. Another benefit is that they now have the benefit of putting a stop to earlier internal investments which are not going anywhere by partnering with a startup which might be a better alternative.

Both models, though have served companies well conventionally, can put through a capital constraint since there is only so much which the parent company might be willing to lend off its balance sheet. Hence, a third and newer model than the previous two, is a joint investment vehicle with both the corporate venture and some external VCs joining hands as investors while both the corporate parent and external funds contribute to the total fund size which makes it a win-win for each one involved. This hasn’t had many takers yet, courtesy the scepticism which parent corporates have in terms of sharing profits and brand names, but is something which will have to be adopted soon in scale owing to the ever increasing size of the startup ecosystem and to just keep up with the sheer pace of innovation globally.

With their structures in place, CVCs today, have expanded and evolved with each wave, adopting a investment theses which suits their corporate structures more so as to explore synergies in the future and try to reduce internal friction as much as possible. Old timers such as Intel and General Electric have been joined by newer names such as Google Ventures/Capital, Microsoft Ventures, Comcast Ventures and many more.

Large corporates across several industries have realised that engaging with the ever-evolving startup community would be pivotal to stay on top of disruptive innovation around their core businesses and also help them remain on toes by being aware of the emerging technologies and new business models. Corporate venture capital now also take a far more long-term view, balancing strategic and financial imperatives rather than assuming venture capital to be quick money.

Corporates on their part also realise that there is a certain limit to how many they can branch out and experiment and eventually each one of them will have to diversify to save itself from getting dwarfed by a bigger name in the market. As a result, you would have seen more and more corporates who have started out or are in the process of starting or even partnering with accelerators, incubators or innovation-driven labs. 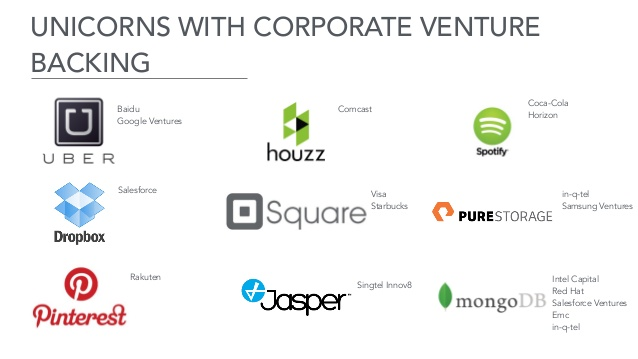 But like every other relationship, for this to work, both sides have to put forward their best foot forward. Entrepreneurs now are looking beyond cold hard cash and get that the colour of the dollar from both a VC or a corporate venture capital is green so they now look into the value the investor brings to the table post the investment. Corporate venture capital investors are increasingly bringing strategic value to the deal table, including significant funding at all stages of the life cycle, strategic advisory and operating support, as well as scale and growth drivers; in other words — access to target customers, distribution channels and paths to exit for their startups.

Corporate VCs often work closely with the senior leadership of their parent companies’ core business units to stay on top of their expertise and interests and to share information on potential deals. This ensures their portfolio companies receive the attention of the parent company as well as the opportunity to explore possible synergies if possible. Often getting a big client as a customer such as their corporate investor catapults them to a different league altogether.

For example, Salesforce Ventures introduced their portfolio company ThousandEyes, a virtual network monitoring startup that solves performance management issues, to Salesforce’s customer base to improve user connectivity to their services.

Startups also need advice on how to scale operations and getting a corporate investor can help them get in touch with people who have done it before and, as seen before, it is often the growth stage where the make or break of a company.

Startups seeking to expand internationally get benefitted even more from the global depth, network and market intelligence of these corporates in several regions around the globe. Most importantly, they also change the way other outside investors view the startups prospect. Lastly, knowing that there is a solid corporate behind the startup gives the other investors an assurance that there is someone to help out the startup in times of distress. 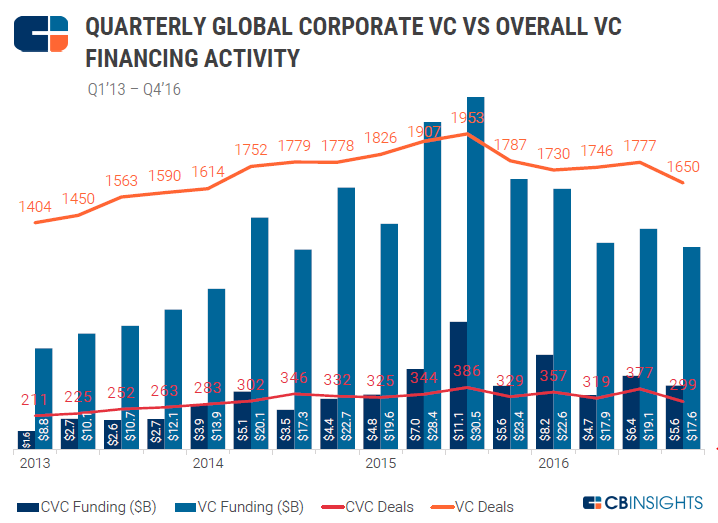 And apparently, things seem to be working out. In a report by CB Insights, globally, CVCs participated in $24.9 Bn of funding across 1,352 deals in 2016. While deal activity, both in terms of amount invested and number of deals, fell down vis-à-vis 2015, which is understandable considering the funding boom in 2015, funding from CVCs has increased steadily over the past few years. In fact, corporate venture funds participated in 20% of the venture-backed financing that happened during H2 ‘16. Another data point says that 204 CVCs invested in Q3 ‘16, the most since 2012. Seeing the enthusiasm of the prominent corporates, more and more corporates want to get a piece of the action. 107 new corporate funds invested for the first time in 2016, up from the 89 new funds in 2015. 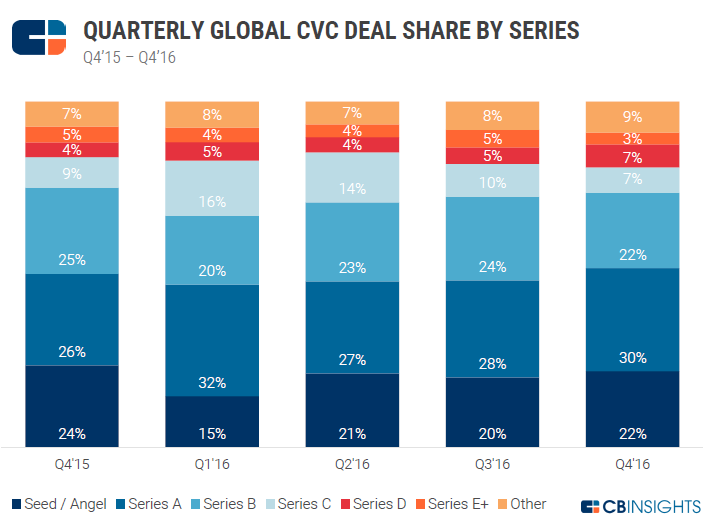 Investments in seed stage deals too increased steadily from 15% in Q1 ‘16 to 22% in Q4 ‘16 which hopefully should rise to the high recorded in Q4 ‘15. In 2016, 148 unique corporate venture capital funds participated in at least one seed financing round. If anything, this is a validation that corporates are ready to invest throughout the life cycle and are trying to get in the action as early as possible. Additionally, this also clears any doubt which outsiders might have on the deal flow of corporate venture arms. However, all things said, corporate venture capitals do tend to have deeper pockets than a typical VC fund and so the average deal size for them is still more than a typical VC.

The role of CVCs in the venture ecosystem has never been more visible or impactful than it is right now. Corporate venture capital leaders know they must leverage their native and distinct advantages to provide measurable value for startups in order to distinguish themselves from the multiple financing options that are out there for startups.

While much has changed over the years, the ground rules stay the same. The companies that “win this game” are still those with clear and well-reasoned investment theses and well-defined strategies for internalising and commercialising the knowledge and innovations of their portfolio companies.

Corporate venture capital arms have the skills and the opportunity to tap the resources of their respective large corporations even as they try and operate with the speed and nimbleness which is a prerequisite to get into the startup investing ring. And while their executive management is concerned on the inherent risks of dealing with startups, they have Mark Zuckerberg telling them, “The biggest risk is not taking any risk… In a world that changing really quickly, the only strategy that is guaranteed to fail is not taking risks.”