7 Smartphone Technologies That Could Arrive In 2017

7 Smartphone Technologies That Could Arrive In 2017 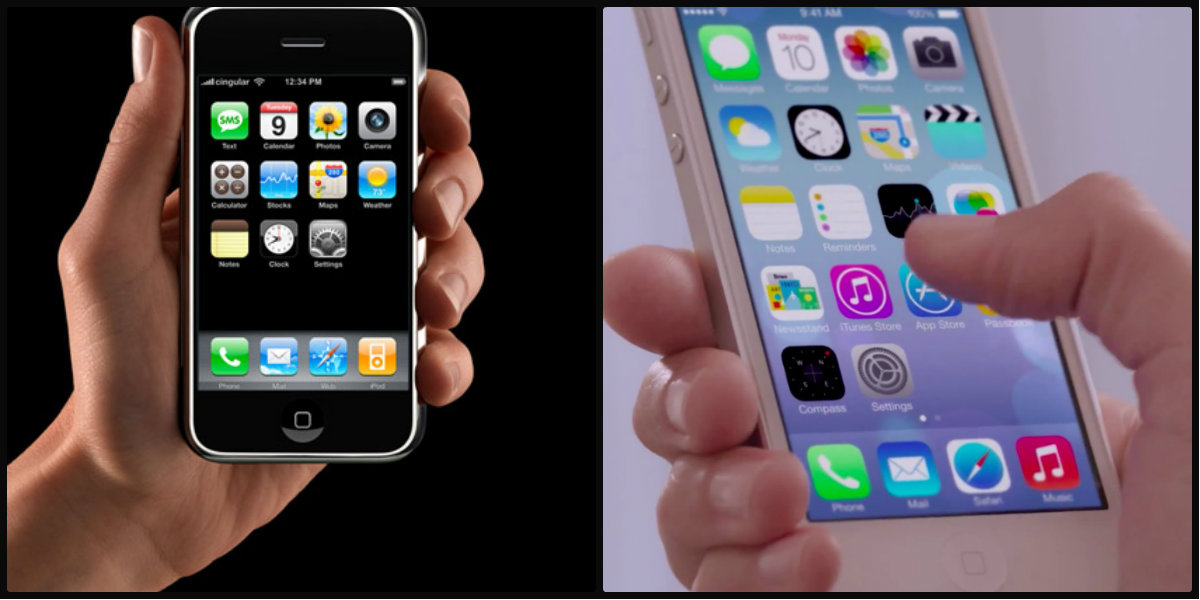 Right now, it can be said undoubtedly that the smartphone revolution of the market has driven technology to the next level.

There are several changes that have made it possible for people to experience the miracle of technology in their smartphones. There are several features that were hard even to imagine a few years back, but they have become the reality of present mobile technology and people are enjoying it in their regular life.

Technology never ends. It’s continually changing, adjusting and advancing. Periodically, things that appeared to be unrealistic (or even inconceivable), everything can become possible and distinctly conceivable just in a time of couple short years.

Wearable PCs appeared like a fanciful and whimsical thought recently, yet now they’re essentially a huge thing poised to go mainstream. The development of the Oculus Rift could probably sling virtual and augmented reality into actual and literal reality.

Here’s a rundown of a few fascinating modern advancements and future mobile technologies that we’ll most presumably be finding sooner rather than later. While you won’t see these promptly accessible everywhere in all locations yet, however, at least we are now aware of the fact that in due time, they will become distinctly real products that we can see, touch and use.

Electro-vibration technology will change the portable touchscreen experience drastically. You will have the capacity to feel various types of texture. The Internet shopping experience will go steps higher.

Just imagine that you are looking for garments online without any stress of the texture, nature and quality of the material.

In 2012, Microsoft exhibited great speech-to-speech translation and now, constant multi-language phone calls can finally turn into a business reality in 2017. IBM additionally said that it will open its Watson super computing stage and platform to all third-party developers. This will permit regular language processing features to be incorporated, with applications.

Just imagine that you are talking about imperative matters all over the globe with only a tap, in numerous different languages without the necessity of translator’s or moderator’s guidance.

Each thought that comes in our mind has its own particular brainwave design. Consequently, no two electrical signs are the same. The one-of-a-kind electrical signs can be mapped out to complete specific commands. So it means that your cell phone with its brain-computer interface can identify the brainwaves transmitted with your thoughts and execute the set command.

Running out of battery power is one of the most persistent and frequent complaints of the people who use smartphones. However, there has been a popular buzz in the tech world for some time now that smartphone users will get the capability of charging their smartphones through day-to-day motions such as walking on the device or tapping the screen. Your body heat could also provide assistance in charging your phone.

Another transformation we are distinctly anticipating is the accessibility of the ultra-quick charger that accompanies a propelled battery technology that will permit you to charge your smartphone completely in only 30 seconds of time.

Other than these, another cutting-edge trend that will ideally go mainstream in 2017 is when one device can be utilised to charge another without interfacing them through any wires.

Today speaks to another time in which wearability and flexibility are becoming catch-phrases in the cell phone market. Screens will soon have the capacity to be easily folded and then unfolded as per necessity. It will be done with the integration of Organic Light Emitting Diode (OLED) technology.

So you can watch your favourite movie and game on a vast screen and then you can fold it so that it fits in your pocket size so that you can put it away quickly and conveniently. This technology will likewise enable the predominance of paper-thin screens that can project from both screen sides.

Users will get the capacity to show pictures, recordings or videos to their companion or friends on one side, while utilising the opposite side as a control to manoeuvre recordings, video and pictures as per requirement.

From Wire To Wireless

Wireless devices are definitely being highly preferred these days and this is also one of the most significant examples of technological advancement. If you will think about it then you will realise that wireless technology itself is just like a miracle because it allows us to completely get rid of the problems that used to occur due to wire interference.

The journey of the mobile market from wire to wireless has been quite interesting. Technology is evolving at the highest rate in the mobile & tech sector which makes it possible that there can be many more improvements in the wireless sector in the future.

The user experience has been enhanced and improved to a higher level with the help of constant launches of highly assistive and advanced applications like –Google Allo, Siri And Speech To Speech Translation. It is also possible that these constant launches can be distracting for general users and this can disrupt the market but it is worth taking a risk, isn’t it?

As we know, the best and most innovative technology comes with a price tag. The Indian smartphone market is primarily dominated by budget phones. It would be a great challenge for smartphone manufacturers and app developers to make such technologies affordable for the masses.

[The author of this post is Ameen Khwaja, CEO & founder, LatestOne.com.]