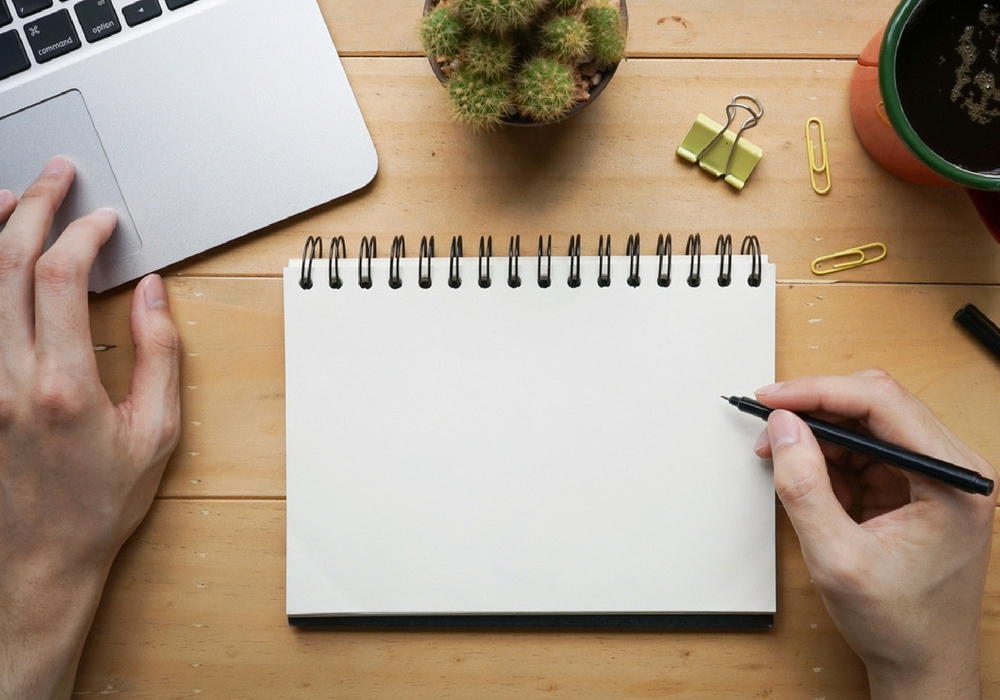 I approach a lot of things through a different perspective to many entrepreneurs or founders. I don’t come from an MBA background and I don’t use The 10 Sure Fire Ways To Make Your Business Win. I’m less focussed on more traditional business management methodologies.

Show me a business management matrix and I’ll show you the door because I don’t have time for fancy graphs that don’t equate to much more than the Excel spreadsheet version of a white board scribble.

I dropped out of my PR degree about 10 years ago when we hit the management section, so you can tell I tend to find it a little dry. My background is in creativity as much as business.

I’ve spent a lot of time on design and art, and I tend to think like an artist. The way I manage project development is built on that experience.

Here’s my theory on business. It’s the largest creative project that you’ll ever work on. I mean that! I think of a small business, a startup, and a corporation the same way I’d think about creating a novel, a comic book or any other artistic work.

I think that the way we’ve chosen to look down on artists from our lofty perch as business people is only harming our potential for success. Let me ask you this.

If building a company involves creating something new from disparate materials and honing and crafting it until it meets our vision — how is that different from creating a sculpture? And if it’s no different, why are we ignoring incredibly valuable insights from the past million years of cave paintings, rock carvings, marble sculptures, renaissance art and Jack Kirby’s best work at Marvel Comics?

The techniques and methods I use to make art are drawn from books like the How To Draw Comics The Marvel Way, and it’s an approach that works. Here’s the basics:

I’ve developed my own project development approach over the years, based very much on that way of drawing. I’ve found it works for developing minimum viable products for software, web apps, T-shirts, service based companies and most other projects. It works because it allows for a rough sort of creativity, and it doesn’t try to draw a circle around what’s Right in order to exclude all the things that are Wrong.

There are a great many companies and artists who have operated outside of that Right and Wrong paradigm. They’re the people who challenge us, who point the finger at our idea of what must be done and tell us that there’s another way.

You do have the potential to start a business — and grow it successfully — if you don’t have the right mindset to understand or be interested in SWOT analyses and complex theories of management and lean production and so on. You do have the potential to become a million dollar (or ten thousand dollar — the goal is yours to define) entrepreneur, if you approach it creatively rather than looking at it through the overly complex lens that we’ve been taught is essential.

This Is My Sketching Methodology

The basic tenet is that every project is developed through a series of sketch stages that develop an idea and gradually erase the previous stage. This is the way many artists work, and it’s certainly the way my favourite artists look at getting through what they do.

So why use this? What makes it worth following?

This allows you to work wide, work without restrictions, and slowly bring limitations and improvements into play, until you reach your final product.The sketch stages pull in the team and encourage discussion and creativity. 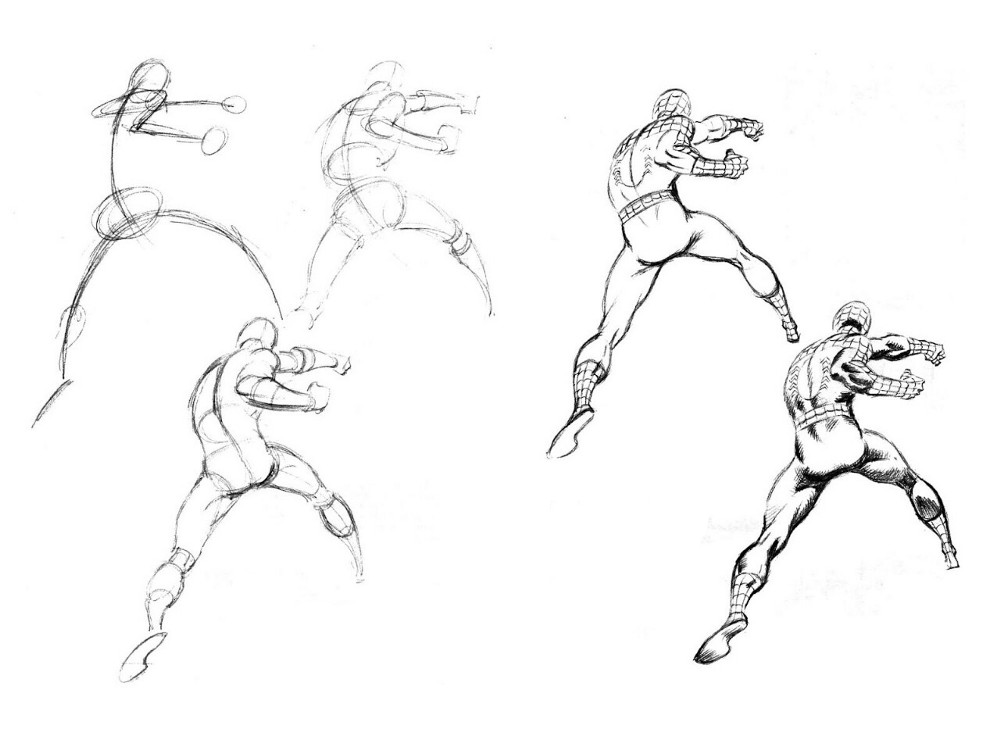 The methodology takes place in whatever time frame you want. It works with small teams, usually 3–10 people.

Stage One: The First Sketch

The first sketch is where you go big. You go huge. You rough out everything you want your project to be, to do and to achieve. I find the best way to start this is to actually sketch it. Draw the team together, grab a sheet of butcher’s paper, and put everything down.

If you’re working on an app, this is where every dream feature and integration goes. There’s no limits, there’s no budget restraints or time frames or even technological impossibilities. Total freedom.

The first sketch is everything that you could do, if anything was possible.

I try to make sure the entire team is contributing. I don’t want to pressure people, but nobody’s voice goes unheard during the first sketch. I’ve got zero interest in silencing people who might come out with the best insight I’d never have thought of.

The first sketch is like the thumbnail. It’s rough, it’s raw, it might not look anything much like whatever the final version turns into, but it’s there as a guide. It’s your starting point.

Grab that piece of paper and shove it up on a wall where people can look at it, and refer back to it. You’re ready for the next step.

How do we determine that? We look at what is essential to the project. What parts, what ideas and what elements from the initial sketch do we need in order for the project to succeed?

We’re going to start overlaying some basic building blocks. Remember those spheres and cubes. Only instead of shapes, we’ll be looking at what current tools, options, and workarounds can be used to compose the next sketch of our product.

So take another sheet of paper. On this one, you’re going to be putting down the elements and ideas from the first sketch that you can implement with the minimum investment of time, money, and humans. You’ll also be writing in what you’ll use to develop those elements.

Let’s say you’re building a productivity-based iOS app. And on the first sketch, you put down that you wanted to offer a forum, a community area where people can go online and look for advice and tips.

So if that’s something that you think is essential, you’d go ahead and put that down on the second sketch, and add in the basic elements that you will use. A WordPress community theme, for example.

When the sketch is finished, take down the first sketch and replace it with the second. You now know what has to be built, and what tools you’ll use — so start building. Keep things rough and ready — remember, you aren’t working on a product, you’re developing a sketch.

The next sketch should be based on your working draft. This is where you’ll take the elements that have been built, designed and completed and draft a third sketch with them. Put down exactly what you have and how it was done.

Make sure that you don’t miss any issues, problems or successes — the sketch has to be an honest reflection of your project. Again, make sure that you’ve opened the discussion up and everyone is participating.

When you’re happy that you’ve worked up a third sketch, a picture of where you’re at and what you’ve built, you go back to the second sketch and compare. Examine the progress, and which parts have worked, failed or improved on what you were planning.

If there’s anything vital that has been missed, or any key concerns, add them into the third sketch.

Based on the third sketch, make a fourth. This is where you look at how you could improve on anything that you’ve got in your working draft. Add in details and extra pieces that will build on the existing work and flesh everything out.

If there are additional features that need to be implemented, add them to the sketch now. If there are parts that aren’t quite working the way they should, add them in. If you are missing something, work out what it is and add it.

This fourth sketch is now your blueprint. It’s your guide to making the launch version of your minimum viable product. You take this fourth sketch, slap it up on the wall and build until your product matches it.

When it’s done, you’ll have the MVP. When you’ve launched, you can return to the methodology with the MVP as the first composition, and begin the sketching process again. 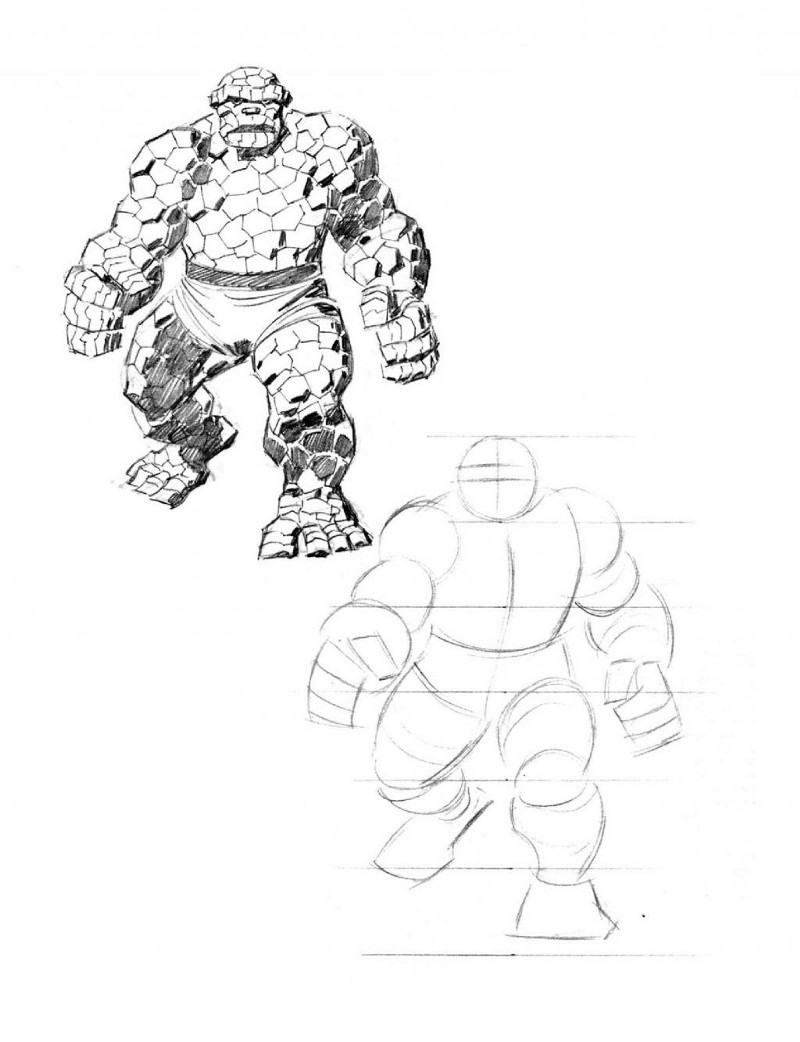 I use this right now with my projects and freelance clients, and it’s helping to encourage creative collaboration and freedom.