Why The Shift In Attitudinal And Behavioral Paradigms Is The Reality In New Normal?

Why The Shift In Attitudinal And Behavioral Paradigms Is The Reality In New Normal?

With the mounting hygiene concerns, eating out as a trend may take a beating 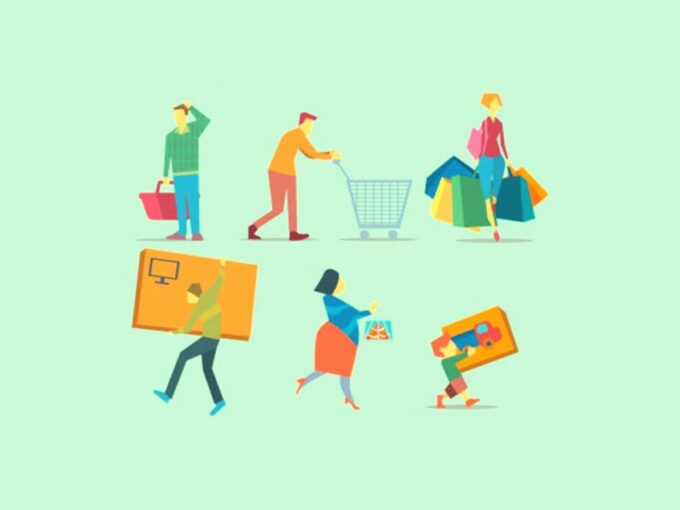 It is clear by now that the ongoing coronavirus pandemic, which has affected nearly four million people and has devastated leading economies across the globe, will have a lasting impact, like many of its predecessors. The biggest change, however, is likely to come in our behaviour and attitudes, as any large-scale health crisis has induced a shift in human behaviour. Quarantine, the word most of us are well-accustomed with now, was one such shift in behaviour developed when Black Death ravaged Europe and claimed a third of its population.

The process of keeping any vessel coming from affected regions away from Venice is one of the first instances of isolating healthy humans from potentially infected ones. Interestingly, after the Europeans brought viruses and bacteria, such as smallpox, measles, typhus, and cholera, to the ‘New World’ and for which Native Americans had no immunity, the US Congress passed federal quarantine legislation in 1878 to fight the yellow fever outbreaks.

The significance of the SARS outbreak in shifting consumers to online purchases is as much as the role played by World War II in increasing women’s share in the modern workforce.

The advancement in technology has made life easy for all those who can access it. At the same time, the rapid and widespread use of technology has made people more vulnerable to infectious diseases. The pandemic has brought back the focus on the basics of hygiene, which were sidelined in favour of precision and convenience.

For example, biometric attendance machines, one of the marked features of workplaces globally, went out of use in the wake of the outbreak. In India, as early as March 6, central government employees were exempted from marking attendance on the machines to prevent infection and went back to the manual attendance.

While going back to manual attendance may be temporary due to the associated logistical and precision issues, the propensity to opt for contactless systems to prevent infection may set the ball rolling for adopting to more high-end solutions such as those involving facial recognition or retina scan.

Similarly, the age-old practice of handwashing for hygiene, a custom that is promoted at school and community levels to reduce the burden of infectious diseases such as diarrhoea, has reiterated its importance and relevance.

With the mounting hygiene concerns, eating out as a trend may take a beating, prompting renewed focus on cooking at home or getting the food delivered, or both. Therefore, businesses that rely on people coming out to public spaces such as restaurants and large-scale kitchens, cinema halls, food courts as well as offices and doctors’ chambers may well ensure hygiene and availability of sanitizers at entrances.

Wearing masks in public places is certainly going to be a new normal for some time especially when the government have made it mandatory for anyone stepping out of their homes as one of the most important preventive measures. In the long run, mask-wearing behaviour may continue in air-conditioned spaces, mostly colder than normal, closed, and accessed by people with means to afford one, masks may become the new normal.

At a macro level, the pandemic will make people re-evaluate what they have and prioritise their needs for the near future. According to a BCG survey, about half of Chinese consumers plan to spend more on preventative health care, vitamins and supplements, and organic foods over the next six months compared to a little more than a third who say they plan to decrease spending on restaurants, vacations, and tobacco products over the same period. With the highly-contagious infection raging globally, it is most likely that the trends in China will provide direction to the rest of the world as to what is the changes we should look out for.

A substantial shift to preventive healthcare may induce changes at the policy level – electors may demand improved and better public health infrastructure in their areas; whether the government is able to meet its demand and increase the share of healthcare expenditure in the budget remain to be seen. Demand is likely to increase preventive health screenings while the educated and well-off section of the society may opt for advanced services such as genomics.

Traditional healing methods such as Ayurveda or naturopathy are also likely to see renewed demand for better immunity and wellbeing. As a hub of medical tourism, this can bring India a substantial amount of foreign currency.

The focus on preventive health especially that achieved through ensuring the availability of ‘good food’ ‘good air’ & ‘good water’ for all shall be the new way of life. The pandemic has given us unprecedented opportunities to set our act right and concentrate on what has been ailing India as a society.

Deaths and diseases caused by malnutrition, lack of clean water and sanitation, and ever-worsening air pollution are highly preventable and needs to be tackled on top priority. The on-going lockdowns too have proved, up to a large extent that issues such as air pollution too can be addressed effectively if governments and societies are ready to take radical steps.

Prime Minister Narendra Modi has shown guts in various areas and has pushed several initiatives, which have medium- to long-term impact on these health fundamentals. Whether it is Poshan Abhiyan, an overarching scheme for holistic nutrition for children, pregnant women and lactating mothers, or Jal Jeevan Mission that promises to provide safe drinking water to every household or mass movements like Swachh Bharat or Fit India Movement, all of them together indicate towards the intent of fixing the essentials of healthy life and this shall gain never-before momentum post-COVID-19 with greater and conscious participation from the public at large.

Bracing For The Changing Priorities At Work

There is no denying that those who can work despite the pandemic is due to the growing reliability of technology such as the Internet. As the world closes to normalcy, most will weigh the benefits of using technology to provide services and continue their respective jobs.

The current situation is also an interesting experiment in providing healthcare facility wherein professionals are offering initial treatment through telephonic or video consultation, and managing even advanced-stage, normal pregnancies with reduced visits to the hospital.

Enabling digital access to healthcare to a wider section of the population and in rural areas can ease the pressure of the hospitals and offer better access to healthcare facilities. Companies, which until now hesitated for a work-from-home setup, may see that employees can remain connected even if they are physically not in front of their managers. It is likely that the companies may reduce the budget for business travels both as a cost-cutting measure as well as to preserve the health of the employee.

While the traditional parameters of salary and incentives will remain relevant, employees may prefer employers who promise a healthy workplace. Companies may also relook at their HR policies to provide greater health support to employees or insurance on better terms. High traffic industries, such as tourism and hospitality, may be forced to overhaul their hygiene and sanitization protocols to retain their patrons and attract new ones.

The pandemic has caused changed everything around in a way for which we were least prepared. But change is the only constant of life, and much depends on how well we adapt to the change and what chose to make of it.