Why Scot Cohen Is The Best Networker On The Planet. Period.

Why Scot Cohen Is The Best Networker On The Planet. Period. 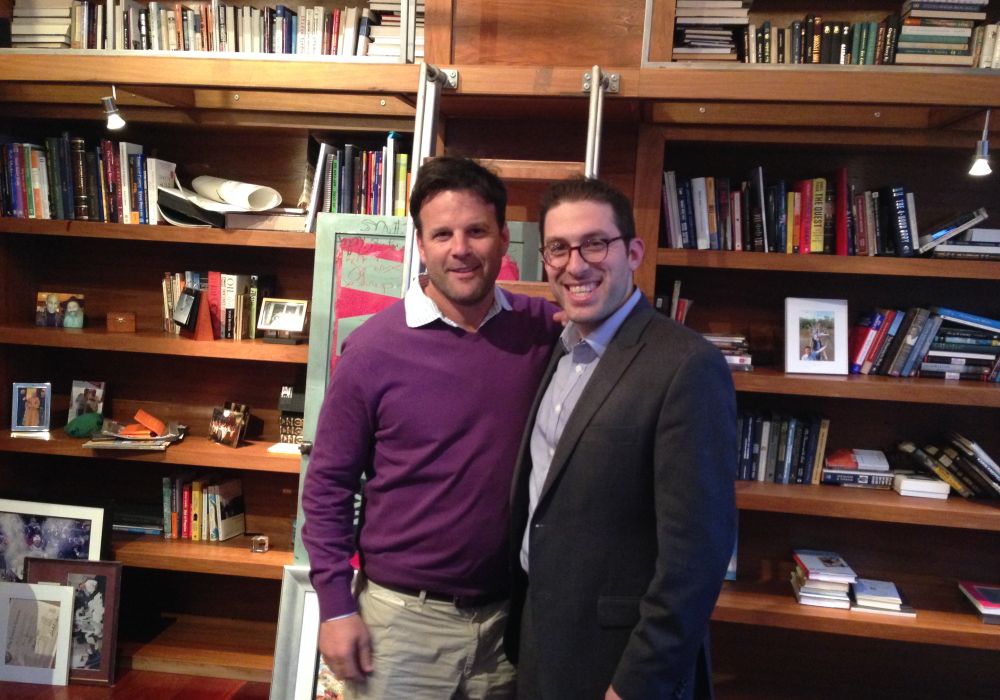 Scot Cohen is the best networker on the planet. I have never seen anything like it. And he used that skill to make tens of millions of dollars, not only for himself but for many others.

I wanted him to explain, in detail, how.

I’m sorry, Scot. I am really, truly sorry. I am horrified at my behaviour. A year of bad behaviour.

Imagine: you owe someone a phone call and you say to yourself, “Ok, I’ll call tomorrow”.

And then tomorrow you say, “Well, maybe tomorrow”.

They have been nothing but generous with you. But still…you put it off one more day. “What’s one day?” I said to myself.

And then you delayed so much you feel awkward about calling. Because you know you have to apologise and you hate confrontation.

Let’s make this even worse: the person you have to call back let you stay in his apartment for three months for free. You’ve worked together for 14 years and he’s one of the most successful investors in NYC.

And then you moved out of his place and you were too awkward to ever call him again.

The day I threw out all of my belongings and gave up my apartment I was sitting in a restaurant with my one bag and I called Scot Cohen. I said, “I’m just sitting in this restaurant.”

“Where are you going to live?”

“I have no idea yet.” I could’ve just stayed in a hotel. But for various reasons I was feeling a bit down. I just wanted to sit in the restaurant. I had no idea where I would live.

My brain had turned off. Has that ever happened to you?

“Come on over,” Scot said. “Stay here.” And so I did. For the next three months I stayed in one of Scot’s several apartments.

I invested in Scot’s hedge fund in 2003. We’ve worked together on and off for 14 years.

He’s made tens of millions, invested in dozens of companies that went up 1000s of percent, and I am glad that, in my own small way, I was able to help him in several situations.

When you build your network over years, over decades, and your network is made up of good people, they help you out. They let you move in their apartment. You work on deals together. You meet each other’s girlfriends who become wives.

And then sometimes you let them down and you have to apologise.

But I’m so awkward and non-confrontational I could only do it on my podcast. I feel like a weirdo.

But that’s how I did it.

I hadn’t seen Scot in a year. I had stupidly avoided his calls. And so I said, “come on to the podcast and that’s where I will apologise.”

And then let’s talk about how you became the best networker I know by far.

Scot came to NYC with nothing. With zero.

But he had a skill that is worth tens of millions at the highest level. It’s networking at a level I’ve never seen before or since.

One time, a year earlier, I was sitting in his apartment. Scot Cohen rushed in, changed into a suit and rushed out.

It was Sunday night, 8 o’clock at night. He was rushing from tennis with one hedge fund manager to the wedding of one of his investors. That’s how he made himself so successful. He networks seven days a week. All day long.

I just sit around and fall asleep early.

And by “network”, I don’t mean (AT ALL!) that he spends time with people just to get some purpose out them. That is not networking. That is manipulation.

Networking is when you create a far bigger family around you than you could have ever imagined.

I asked him on the podcast how he did it. How can I do it? How can anyone do it?

Here’s what I feel are the Ten Commandments of Networking as per Scot.

He goes into much more depth in the podcast. But here’s what I specifically remember by watching him in action over the years.

Networking is not about calling people you know. It’s about helping where you provide value. And that requires, before anything else, understanding who you are, what you need to learn, the value you can deliver, and when you need help to deliver that value.

Networking Is Not Linear

A “personal network” is not valued by the number of your names in your rolodex.

It’s valued by how many of those names in that rolodex know each other.

Because, for all of those people who are helping each other…who is at the center?

“I Know Someone Who Can Help…”

Scot always seems to have that on the tip of his tongue. For any situation, he remembers who he’s worked with in the past 30 years that can help in that situation.

He’s not always right. But he always tries.

Someone is celebrating an event in their life. Help them celebrate it. Make it better because you are there.

It’s interesting that the first rule of successful improvisation is “Always say ‘Yes’.”

I once watched Scot in a negotiation with the CEO of an oil company based in China that is probably worth over $500 billion.

The guy ripped into Scot. Destroyed him. Essentially calling him an idiot.

Scot said, “I hear you and I agree with everything you’re saying. Assuming we can resolve all of these issues, and we WILL work on everything you just said, can we move closer to a way in which we can help you?”

The CEO was taken aback. He said, “Of course!”

When Alice Walton (daughter of Walmart founder Sam Walton, worth about $20 Bn), needed someone to go to Eastern Europe and Russia as the economic walls were crumbling in the mid-90s, the much younger Scot Cohen was the only one who jumped up and said, “I’ll go”.

Nobody was an expert then. It was the wild west.

The difference between the experts and the non-experts were the people who simply said, “I’ll go”.

It was that simple.

It’s Not About Social Media

It’s not about social media. It’s about being personally social.

This doesn’t happen over one phone call. Sometimes it might be a dozen phone calls.

He makes the same calls to Alex. Then he will make the introduction, usually over a dinner.

I have written about this before. Probably many times. But the reason is…because I learned it from Scot.

Each time he was either entering a meeting or going to one. He doesn’t say “No” to a face to face meeting.

I will never be able to do this. But this is part of self-awareness.

Build A Network Of Good Networkers

One of the businesses Scot is involved in is an oil company. Does Scot know anything about oil?

Maybe now he does. But for eight years he was struggling with it.

But now the CEO of his company is the ex-CEO of a former oil company that got sold for billions. And his advisors on the company are all ex CEOs of billion dollar oil companies.

And Scot STILL goes to all the meetings in person. But now he has good, smart people telling him which meetings are the important ones to go to.

You can’t call up people and ask them to join your network. He had to spend eight years proving he belonged in that industry before his network could start expanding there.

“If you don’t write stuff down, how are you going to go anywhere? You’re not going to remember where you came from.”

“I think it’s really important to be able to quantify what you’re doing during the day,” he said. “You’ve got to keep account of how you’re spending your time. That’s the most important thing.”

Scot is my age. The past 3 decades are mostly a blur for me. Some days I met people, some days I didn’t. I now forget most of them.

It’s never too late to start doing that. During the podcast, Scot showed me one of his diaries. It was over 20 years old. It was DETAILED.

I’m nervous to see the various entries through the years that might mention me.

The goal is not to make money tomorrow. Or today. Or even a year from now.

Have fun with people.

18 months ago I went to a dinner Scot Cohen had. At the dinner, was a pro-basketball player, a famous novelist, a former police chief, me, a hedge fund manager, and three or four other diverse people (I wish I kept a diary and then I can say exactly who).

Scot Cohen kept asking questions around the table to keep the conversation going at a fast pace and filled with stories.

No business was discussed. I sort of remember the conversation: art, sports (everyone laughed when I asked the basketball player if he played basketball – I had no clue), the craziest stories I’ve ever heard about the police, relationships and on and on.

I can’t remember anything about investing or business.

And yet…18 months later…I know Scot has now put together a business in the law enforcement space based on the people in that room in that day.

Scot puts people together. Has fun. And then the brainstorming starts.

All of this is the same as saying:

Start early or start late. It doesn’t matter. The two best days to start something is five years ago…and today.

And that all said, I will say it one more time because I feel really bad.