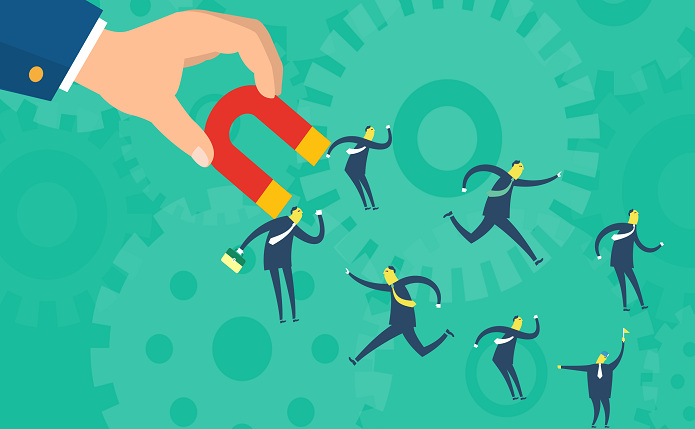 Did you know that once you have established yourself as a trusted ecommerce platform, making more than 10 sales per day, about 60% of your efforts need to be directed towards customer retention?

Not only does retention cost less than acquisition, it also enhances profitability. According to Bain and Co., increasing customer retention rates by just 5%, increases profitability by 25%-95%. Additionally, according to KISSmetrics, the global average value of each lost customer is about $243. That is definitely a huge hole in the pocket.

Having competitive prices are not enough, as today’s smart customer decides to be loyal to a particular store for the shopping experience as well. For instance, a customer feels good if he/she receives a personalised mail outlining the latest offers on shoes based on his/her recent search history, or if he/she is rewarded for staying loyal for four years. Such small reminders of how valuable the customer is to the company keep him/her engaged and wanting for more.

Keeping all this in mind, ecommerce giants have taken special care to ensure that their customers stick with them and there are lots to learn from their initiatives.

Movie buffs and TV show enthusiasts are definitely familiar with Netflix, an on-demand and rent-by-mail movie and TV show provider. With its subscription-based model, people can access thousands of movies. Netflix reached 1 billion in revenues from its subscriber base of about 48 million worldwide.

The credit goes to extensive personalisation, which delivered the relevant content suggestions for every individual member worldwide. The company holds personalised recommendations so imperative, that it launched a contest, Netflix, which offered a million dollar cash reward to anyone who could improve Netflix’s algorithm for movie recommendations!

Yes, you guessed it right! All the suggestions that you’ve been receiving till now have been tailor-made for you as per your taste, preferences, movies you rated and what all you streamed and added to DVD queues.

To further refine this, Netflix introduced the feature called multiple user profiles. Here, different members of the same household had their individual profiles which were customised according to their usage behaviour. This means, with one Netflix account you can have up to five user profiles. So, children can watch cartoons and animated movies while others enjoy recommendations catered to their likes and dislikes.

Netflix implements a hyper-personalisation approach through something called micro-genres like foreign TV comedies, mind-bending independent dramas, period pieces about royalty based on real life, etc. The screenshot below will give you a glimpse into these micro-genres.

Netflix took its personalisation efforts to another level by introducing something known as a “Netflix Max”. This gave a human touch to the Netflix experience by enabling a “chatty and spunky” character called Max to play games with. This would later give a movie or a TV show suggestion according to the user’s responses during the game. Max appeared on the Netflix screen as depicted below:- 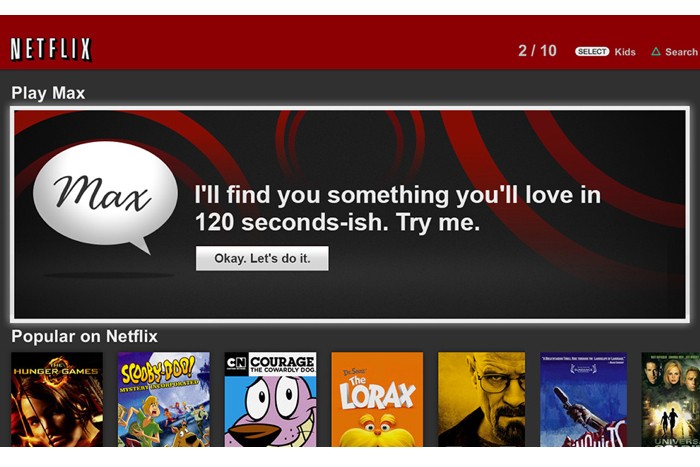 Personalisation works because it makes the customer’s experience with your website a satisfying one and has a direct impact on your metrics like customer lifetime value, conversion rate, click-through rates, average order value etc.

It is not surprising that personalised recommendations have worked wonders for Netflix and it can do the same for your online store as well.

Here are some stats to show the effectiveness of email marketing.

Use emails to remind your customer about a product that he/she abandoned while making the final purchase. You can also send customised content such as newsletters to grab their attention.

Target your users according to their online behaviour and then modify your website in real-time. Display product recommendations on the website based on user demographics and past browsing and buying behaviour. Your website can display tailor-made pop-ups and content to suit the customers’ choices.

Amazon-Standing Out With A Loyalty Program

When it comes to purchasing goods online, Amazon is often the first choice that a customer makes. If we take a closer look at the reasons for Amazon’s success, there is more beyond low prices and a wide variety of products. They know how to enrich the customer’s experience and the customer is bound to come back for more.

One successful retention effort by Amazon is Amazon Prime, the company’s customer loyalty program. When it was first launched in late 2004, it was predicted that Amazon would break even on the program within 2 years but they broke even in just 3 months.

The results were mind-blowing as Amazon stock prices shot up and its sales grew by 30% during recession when other retailers were struggling to keep up. According to analysts, Prime members increase their purchases on the site by about 150% after joining and may be responsible for as much as 20% of Amazon’s overall sales in the U.S

Let us have a close look at Amazon Prime. Amazon Prime, being a paid subscription service, requires customers to pay $99 annually along with a free 30-day trial to avail certain services. In the beginning, it gave a free two-day shipping to all Prime members. Later this evolved into a variety of shipping benefits as shown in the image below. 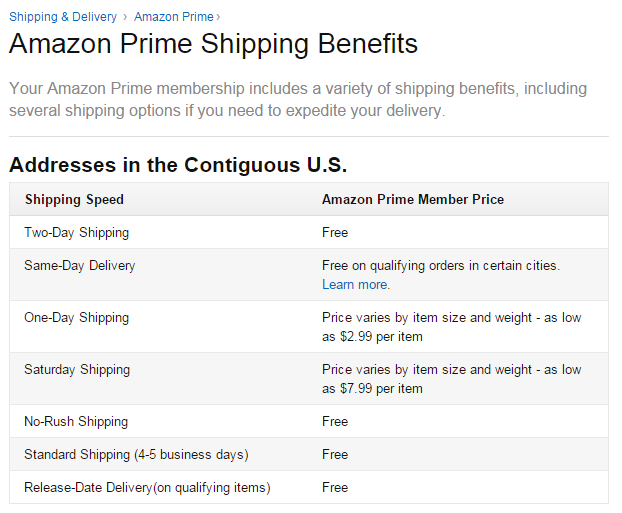 Amazon has now partnered with other companies to provide non-monetary benefits to its Prime members in the form of free ebooks, TV shows, movies and now even music. They get access to these additional services within their $99 subscription.

The statistics mentioned above clearly prove that it has worked for Amazon. What Amazon did was address a major pain-point of the customer- high shipping charges. Sometimes shipping charges would go higher than the value of the purchase itself. This has often led to cart abandonment.

This problem was solved by Amazon Prime, as now a Prime member can place an order and get free shipping irrespective of the value of the order. Amazon’s wide variety of products at competitive prices along with a sound distribution system made this an irresistible option. Prime members stopped shopping at other places merely because Amazon made it fast and free and customers shopped even for simple items like a pack of coffee beans on Amazon.

Design a loyalty program that makes you stand out by addressing customers’ needs and wants. Giving out rewards, discounts, and offers based on loyalty points can be one way. Also, you can give out some reward if the customer has stayed with you for a longer duration of time. These strategies work well if you already have a large customer base and you have enough customers making repeat purchases.

You can have a tiered loyalty system if you are new to the ecommerce world, which gives out base rewards to a relatively new customer and the rewards increase as the customer’s tenure increases with your online store.

Paytm is India’s largest mobile commerce platform, which started out by offering mobile recharges and utility bill payments through a Paytm wallet where the customer loads his/her money in order to make payments.

When Paytm started out in 2010, it grabbed eyeballs by giving whopping discounts that went up to 50%-60% on online bill payments. Later, in 2014, it launched its own mobile marketplace just like Flipkart and Snapdeal. Now, Paytm uses cashbacks as their ecommerce customer retention strategy that has replaced deep-discounting which was earlier ruling the ecommerce kingdom.

Cashbacks are rewarded over and above the discount which gets retained in the Paytm wallet and is used for future purchases. Let us understand cashback through an example. For instance, a Paytm user buys an LED television for Rs. 77,900, gets a 20% discount on it and hence has to pay about Rs. 66,000. Seems like it ends here? No, it does not!

The user gets a Rs. 10,000 cash back that gets deposited in the Paytm wallet. The user can now utilise this amount in making further transactions. Now, the next time he/she wants to make a purchase, instead of going to some other retailer’s website, the user will involuntarily search for the product/service on the Paytm marketplace to utilise the wallet contents.

This is a clever strategy wherein a repeat purchase by a customer is guaranteed. What works as an advantage for Paytm is that it provides a semi-closed mobile wallet which means the money loaded in Paytm wallet can be used across vendors. This ensures that the Paytm user can buy the latest phone, book a cab ride or shop for clothes and shoes with the same wallet. If there is a one-stop destination for all of the customer’s requirements, why would a loyal Paytm customer search for solutions elsewhere?

Though discounting is an excellent way to attract customers, it might fail to retain them in the long run as competitors will come up with similar discounts. The combination of cashbacks and a mobile wallet has worked wonders for Paytm.  It had about 15 million wallet users with 15,000 merchants accepting the wallet. That the retention strategy followed by Paytm is highly successful is evident from the fact that it had 800k orders per day with 90% repeat users.

There are discount coupons and cashback sites that have emerged nowadays that can help you engage with your customers. An ecommerce company, big or small, can tie up with these sites and they attract and retain customers by giving discounts and cashbacks on the company’s behalf. It also helps build brand awareness for smaller companies. This is known as affiliate marketing and you can take help of such websites (known as affiliates) to let customers avail cashbacks on your products.

There is no doubt that these companies have reached heights because they take care that their customers keep coming back for more. With so many players in the ecommerce arena, one can retain its customers only if their expectations are not only met, but exceeded. There are lessons to be learnt from ecommerce giants in terms of the big strategies and the small tactics they adopt to keep their customers happy. Take these lessons home and then put in place your own unique strategies that work best for you.