Relying Too Much On Vanity Metrics?

Relying Too Much On Vanity Metrics? 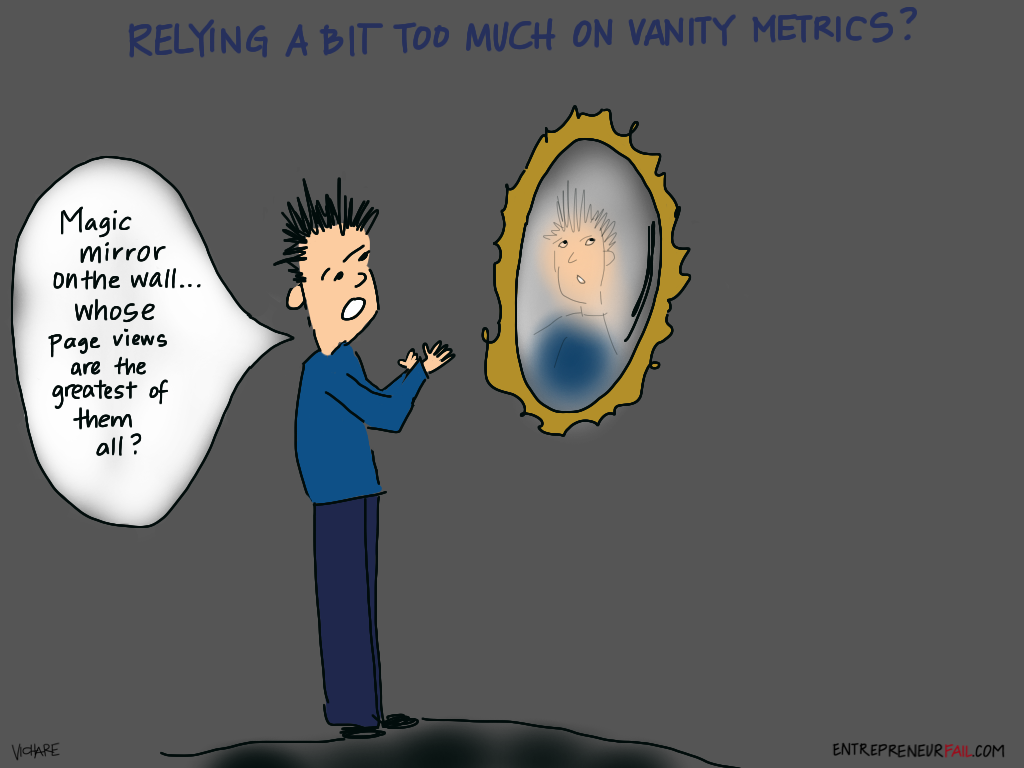 Originally I would have patted myself on the back and celebrated a bit, but not this time. I’ve learned that I was focusing too much on “vanity metrics”.

I first found out about vanity metrics from The Lean Startup by Eric Ries. Some examples of these superficial metrics include indicators like registered users, number of downloads, and raw pageviews. They are easily concocted and manipulated, and often don’t correspond to the figures that really matter.  Some examples of these actionable metrics include engaged users, customer acquisition, revenues and profits.

Too often new entrepreneurs fall in love with their vanity metrics – myself included.  In addition to raw page views, I was constantly comparing my site to random external companies, looking endlessly at metrics like my Alexa ranking.  The false sense of success is an #entrepreneurfail. The key lesson is to not focus on the surface metrics that sound good, but instead to focus on concrete indications of business growth.

For those of you who aren’t familiar with Snow White, this comic was inspired by the Queen who was so vain, she needed reassurance that she was the most beautiful, even though it wasn’t true!  Don’t get caught in the same trap!

What are some examples of vanity metrics you have fallen in love with?  To read more about actionable metrics, check this article.

This was originally created by Kriti Vichare for #entrepreneurfail: Startup Success.