Is India Fast Enough To Win The AI Race?

Is India Fast Enough To Win The AI Race?

Technology cannot stay unfettered when countries are at war

AI is the ultimate talisman in these times of trouble 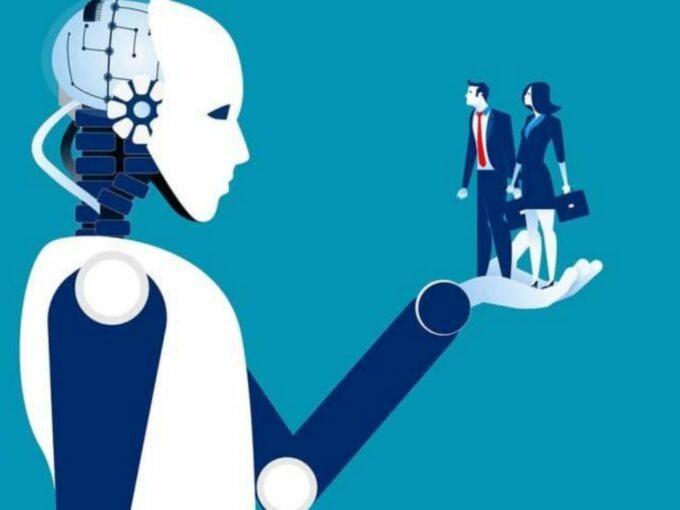 Not even the best quantum computers or AI from the past and present can help us in predicting the future. The dichotomy of a world under lockdown is that it is also in flux. Nothing is fixed anymore, not your corner office overlooking the city you love, not the position of a country that wants to be the AI superpower of the world. We honestly do not know what the future looks like. Who would have thought that a pandemic will make the world start adopting AI  technologies like there is no tomorrow?

In times of distress and looming recession, you would have expected the world to huddle closer and make the best of the situation we are thrown into. Instead, we have bloodied battles over the LAC, reports of Chinese companies buying big stakes in firms whose finances are dwindling and reports of AI being used for atrocities on religious minorities.

Technology cannot stay unfettered when countries are at war. Some years back, the concept of Global Village was in vogue and people hoped to live and earn their livelihood in a country of their choice. Now, xenophobia is on the rise and most countries and people would want to place restrictions over who gets employed based on their country of origin.

In India, the economy had come to a stand-still and there are going to be major setbacks in every sector. AI has emerged as humanity’s biggest enabler, promising safer workplaces, commutes and homes. This is also the time when developers from across the world are working together, collaborating in virtual offices and creating solutions that are deployed remotely in places they are needed, irrespective of the place they were coded in.

AI is the ultimate talisman for these times of trouble. We look towards solutions with hope and get geared up to win the AI race. In Asia, the two countries leading the AI game are India and China. In recent developments, we can see both countries’ strategy and motives unfold to pursue the AI discourse steadfastly, here is a deeper look:

According to a report from the China AI Development 2018, between 2013 and 2018, the investment and financing in the AI technology sector of China, accounts for 60% in the world. This was valued at $27 Bn in 2017. This was followed by a three-pronged strategy to become the world AI leader by the year 2030. China’s focus lies on the development of “AI 2.0”. Technologies, such as swarm intelligence and hybrid systems, which promise human-machine integration, are their main interest. As more and more data is used for training the AI system, it tends to get smarter and more accurate. The transition from “quantum-accelerated machine learning” to artificial general intelligence is still a long road ahead.

Through this three-stage process, the Chinese government aims to achieve three goals :

According to the Observer Research Foundation report, “The Chinese government, to build formidable local AI talent, will institute education reforms which include, introducing a new AI discipline, a couple of new degree programs and specialized courses in universities. China is also working on a recruitment plan called “A thousand Talents,” in order to incentivise scientists working in strategic domains, to pursue their research in China.”

Baidu, a Chinese internet search engine company, formally known as the Baidu Brain, is based on deep learning frameworks. It is China’s leading AI open platform, offering over 228 AI capabilities to 1.5 million developers. Many startups, innovating in a different niche of AI, proactively pursue acquisition by the giant tech companies.

A report by the Ministry of Commerce & Industry, and NITI Aayog, on the national strategy for AI, is built on the “AI for All” concept. This highlights the need for developing open source systems to democratize the AI industry, making it a resource accessible to all. India strategizes to become the garage of AI solutions providers for 40% of the world including emerging and developing economies.

India’s first step to achieving this long term vision is to harness the power of research & development (R&D) in domains of AI, IoT and Computer Vision, among others. NITI Aayog, India’s planning body, has laid out a ‘two-tiered’ strategy for our country’s AI vision. This consists of 30 policy recommendations. There is a two-fold focus on improving AI-based research. The first is to achieve maximum economic potential via technological diligence. The second is to examine the social applications of AI in sectors such as healthcare, agriculture, and education. The goal is also to attract foreign and angel investment in the Indian AI startup ecosystem.

Issues regarding data privacy and protection have been a key concern. Laissez faire, the chalta hai attitude of AI in India with a lack of policy and government intervention is a topic of debate. Ethical protocols must be established so the risk data breach and theft does not occur.

AI is a data-hungry, neutral technology that’s completely free of jingoistic nationalism. It can’t communicate, yet, but we are sure it prefers that the world works together to bring about better processes, more efficient offices and happier people maybe. At some point of time when AI will become actually as intelligent as we want it to be, it would probably want to not participate in the AI race. Till then, let’s hope India wins.