It’s Ok To Do Things That Don’t Scale

It’s Ok To Do Things That Don’t Scale 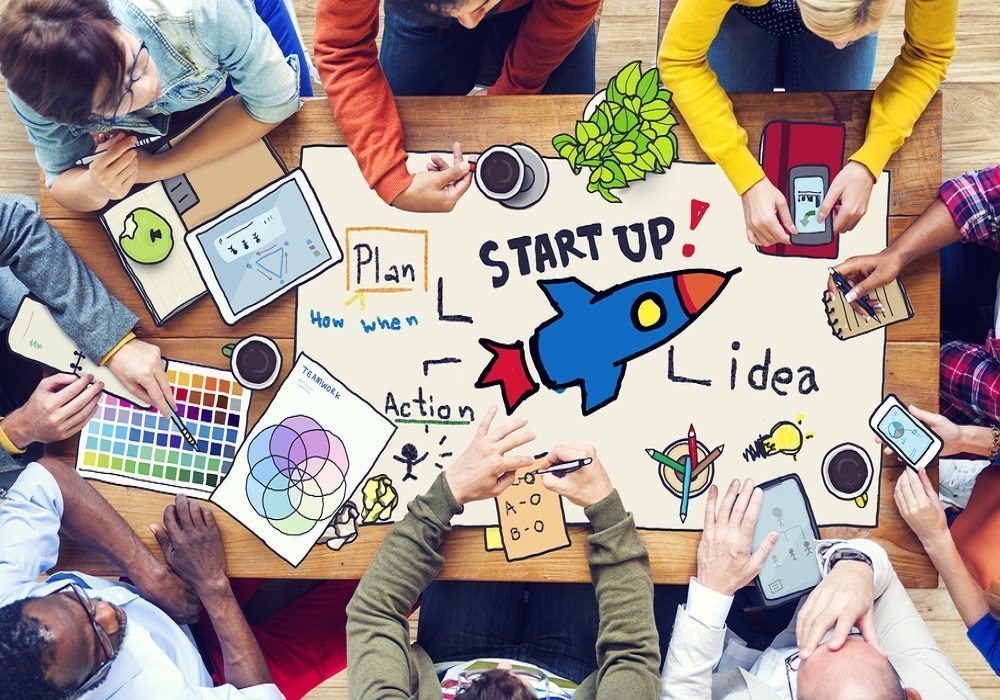 A startup’s journey is all about uncertainty, high risk factors, and the passion of bringing something new to the world. There are no schools or universities which could make one proficient to be a startup founder. The only key to learning is – your own experience and experience of the others.

Y Combinator founder, Sam Altman, realised this a few years ago and started with a lecture series wherein he called upon various startup founders as guest speakers to share their experiences and learnings. As said by Sam, all the advice in this class is geared towards people starting a business where the goal is hyper growth and eventually building a very large company. “Much of it doesn’t apply in other cases and I want to warn people up front, that if you try to do these things in a lot of big companies or non-startups, it won’t work,” he added.

Here is a part of this lecture series wherein Stanley Tang, and Walker Williams has put forward learnings gained during their journey as startup founders.

Launch Fast And Don’t Worry For Scaling In The Beginning

As per Stanley, there are three things that he has learned from his experience with DoorDash in the last two years.

Test Your Hypothesis: One should treat his startup ideas like experiments 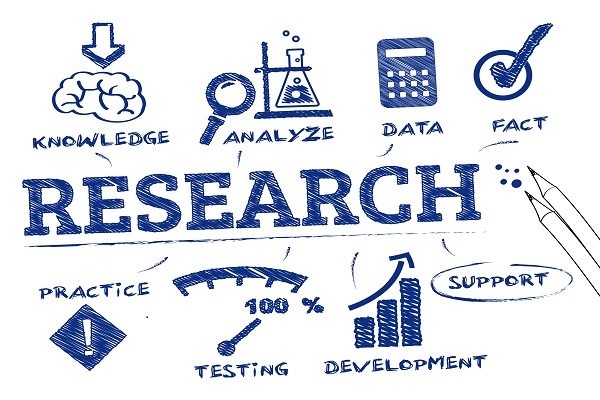 During his Junior year at Stanford, Stanley started working on a prototype and interviewing small businesses in Palo Alto about their problems. He found out that delivery is the biggest problem for more than 150 small business owners.

“This led us to wonder, delivery is such a common thing, such an obvious thing; why hasn’t anyone solved this yet? Like, we must be missing something here right?” We thought it was may be because people had already tried this in the past, but they failed because there wasn’t consumer demand for this.”

‘In order to test their assumptions, they created a simple experiment with restaurant delivery. “We were just a bunch of college kids at the time. We didn’t own trucks or delivery infrastructure or anything like that; we couldn’t just build a delivery company overnight. Right?”

Launch Fast: We launched in less than an hour with a really simple landing page 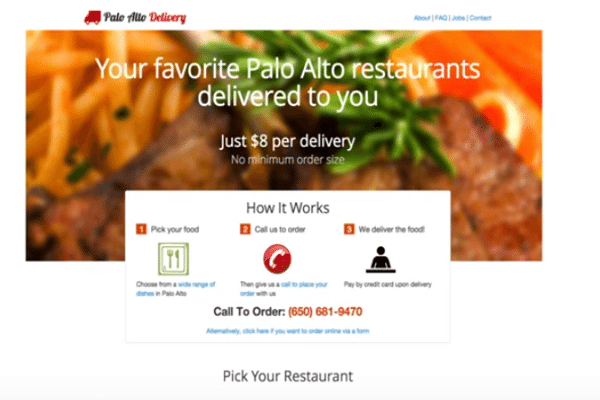 In order to reach their consumers, they build a quick landing page, stucked some pdf menus of restaurants from web, added a personal cell phone no. and called it PaloAltoDelivery.com. “It was super simple, ugly, and honestly we weren’t really expecting anything – we just launched it. What we wanted to see was just would we receive phone calls, and if we got enough phone calls, then maybe this delivery idea was worth pursuing.”

It’s OK To Do Things That don’t scale

Stanley believes that doing things that don’t scale is one of the biggest competitive advantage when one is starting up. This way, one can figure out how to scale once they have the requisite demand.

In the beginning to coordinate everything they hacked together the available solutions such as Google docs to maintain track of orders, Square to charge all customers, Apple’s Find to keep track of the drivers, etc. They were the drivers to deliver orders and they were the customer support too. Marketing to them meant just going down University Avenue and passing out flyers trying to promote DoorDash.

Another thing about doing things that don’t scale is this that it also allows you to become an expert in your business. For instance, the things like driving, dispatching not only helped them understand the process better but also gave them an opportunity to interact with customers and figure out better algorithms later on. “ I remember for the first few months when we got started, we would manually email every single new customer at the end of every night asking how their first delivery went, and how they heard about us.”

Stanley also shared about an instance which became their motivation on scaling. “We heard about this ice cream place that had just opened up on University Avenue called Cream, and we wanted to go try it out. Then all of a sudden, our cofounder back at our office/house texted us saying “Oh we need drivers on the road; we got a huge spike in demand.” So, we debated for about 10 seconds if we should go get ice cream or should we go deliver. We obviously went to deliver, it became our motivation on scaling, like you know, if we would scale, then we could go get ice cream next time.”

Teespring is an ecommerce platform that allows entrepreneurs to launch products and apparel brands without risk, cost, or compromise. It was launched in 2011 by Walker Williams and Evan Stites-Clayton. To date, it has raised $56.88 Mn and is backed by Khosla Ventures and Andreessen Horowitz.

Walker defined things that don’t scale as things that are sort of fundamentally unsustainable; they will not last; they will not bring in the millionth user. Where they break, it’s usually time but it could be a number of other things. But it won’t take you to a million users.

He gave three places which startups can use to leverage: 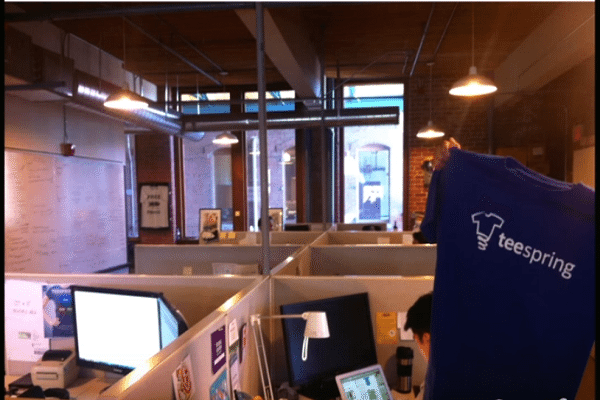 The first users will always be the hardest. A new idea always brings with itself some new pain points that are never heard of. Since, the product has never been sold before, the startup will not have any testimonials or success stories to point to.

“When we first launched, the business couldn’t have looked worse. It took days of meetings; we had to offer free designs, and days of revisions back-and-forth, we’d have to launch the product ourselves, we’d have to do the social media, all to sell about 50 shirts to a local nonprofit and generate about $1000 of revenue. Anybody looking in would’ve said, “You guys have to give up, this is a terrible idea.” But as time went on, users started to add up,”

Walker believes that it’s the responsibility of founder to do whatever it takes to bring in their first users. It’s going to be different for every company. This could be anything from sending 100 emails a day, getting on the phone and just calling as many people as one can, going through a network like Stanford or Y Combinator. “Anything you can do to just get that first user.”

Also, for those first users, one cannot just focus on ROI in the sense of time. “I don’t recommend giving your product for free. Also, cutting costs or giving the product away is an unsustainable strategy. You need to make sure that users value your product.”

Turning Those Users Into Champions 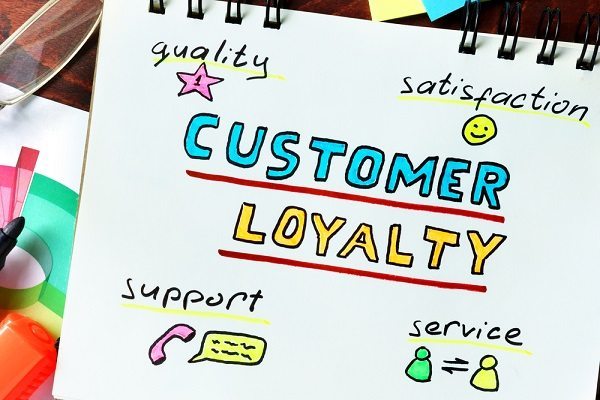 A champion is a user who talks about and advocates for your product. The easiest way to turn a user into a champion is to the delight them with an exceptional experience and the easiest way to do that is – just talk to them. Although, it’s not that is completely sustainable and will not going to scale forever.

“I still do about 10 to 20 customer service tickets every single day; I spend hours each night reading every single tweet; I read through all the Teespring communities. You’re never going to get a better sense for your products than actually listening to real user.”

As per Walker, there are three ways to turn your users into champions. First, to run customer service yourself. Second is to proactively reach out to current and churn customers. And last one is give an ear to social media and communities.

Churn customers are customers who have left. “When a user actually leaves your service, you want to reach out and find out why, both because that personal outreach can make the difference between leaving and staying; sometimes people just need to know that you care and it’s going to get better. And even if you can’t bring them back, there’s a chance that you can learn from the mistakes you made that caused them leave, and fix it so you don’t churn users out in the future in the same way.”

Also, while gaining new users and keeping an eye on the churned ones, it’s equally important to have a look out for detractors. “One detractor who’s had a terrible experience in your platform is enough to reverse the progress of 10 champions. Problems are inevitable, but that’s not important. What’s important is to always make it right, to always go the extra mile and make that customer happy.”

He further gave examples from the early days where they would mess up massive orders. “We’d print out colors slightly wrong; it would be the wrong size, and it would be half of our GMV for that month. We would know we got it wrong, and the customer would be unhappy, and the instinct was to say that it was only a little bit off, not completely wrong, or that it would be fine. But the reality is you just have to bite the bullet and make sure it’s right. And the customers who are originally the most frustrated tend to turn into the biggest champions and the longest term users.”

The initial product launch cannot guarantee you the scale, so your job in those early days of a startup is to progress and iterate as fast as possible to reach that product that does have market fit.

“We had a couple enterprise customers come in, sort of bigger nonprofits, and say “Hey, we really like your service, but you’re missing these fundamental things, so we’re not going to use it.”

As making the existing product compatible with those features would have taken considerable time, they decided to duplicate everything and build a completely new product. “We gave them the tool, they on-boarded, and generated a lot of revenue. Eventually, we learned what features were core, and we integrated them into the core product. But what would’ve taken a month, we were able to do in three to four days.”

A great rule of thumb is to only worry about the next order of magnitude, so when you have your tenth user, you shouldn’t be wondering how you are going to serve one million users. Also, one should do things that don’t scale as long as possible as this is one of the biggest advantages as a company that one have. “The moment you give it up, you’re giving your competitors that are smaller and can still do these things, that advantage over you.”

In the next part of this series, we will feature a story on ‘How Do You Get Press And How Does It Work‘ by Justin Kan, Founder of Kiko and the Justin.tv (Twitch). Stay Tuned!