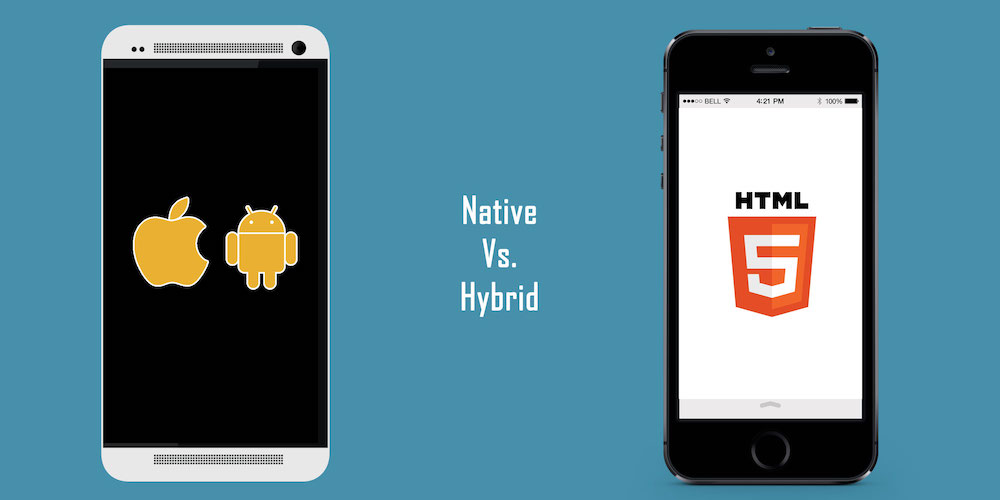 Challenges can be motivating.

However, users don’t exactly look for a challenging interface and experience when browsing information or while they are at the middle of a task.

We, as a budding edutech, have always taken user experience as our primary consideration while designing an app. The emergence of the Hybrid app made quite a buzz in the world of mobile app development and all the major players in the tech world adopted it with a lot of anticipation and enthusiasm. However, the disappointment of stalwarts like Facebook made us rethink the applicability of native and hybrid applications, and weigh the pros and cons in a renewed light.

Native applications run with less or no exterior software layers. The in-app interaction is consistent with the device’s other native apps, thus facilitating an intuitive user experience. Especially designed for mobile operating systems (iOS and Android), native apps are comprehensively built as per the guidelines provided by the OS of a particular device.

With the promise of unifying the advantages of both native and web apps, hybrid app was introduced. It provides the same elements of control that a browser supports, like a menu bar with URL. It is a web app built using HTML5 and JavaScript, wrapped in native container. As compared to native apps, hybrid ones are cheaper and easily deployable.

The well-established fact that native application provides a faster and seamless performance has helped it beat hybrid application as the preferred one in the tech world. Reliable in nature, the visual elements and content structure facilitates the user to navigate through the features and functions effortlessly.

Native android apps’ UI component and their event listeners are compiled into Dalvik executable format which is a bytecode native to android. As it does not have any intermediate layer, the execution of this bytecode provides you with the best rendering and execution performance. In case of hybrid application, rendering happens in webview which really depends on webview rendering capabilities and its script execution capabilities.

In most cases, the hybrid application suffers when it comes to performance as it’s better suited for small applications. Native apps have full access to and control of a device’s functionalities, such as camera, accelerometer, GPS, calendar, etc. while hybrid apps may come with limited access to them. It’s hard to debug issues in hybrid apps whereas there are lot of tools available for native app debugging.

Laws of economics have taught us that demand in the market fuels the urgency of supply. The dynamics of demand and supply leads to innovation, and the result of such innovation is the hybrid app.

Built using a single code, hybrid apps can run on multiple platforms, thus enabling portability. Easily deployable, they take much less time to launch in the market. So, those who give in to the urgency have resorted to using hybrid apps. Stalwarts like Facebook took the plunge and suffered. In fact, Facebook CEO Mark Zuckerberg had admitted that choosing hybrid applications over native ones has been one of their biggest mistakes. Plagued with slowdown and other troubles, Facebook has made a detour and adopted native application for both android and iOS devices.

However, providing a rewarding user experience is our prime motive at Next Education. Moreover, now that others’ lessons have taught us a thing or two, we prefer native application over hybrid one. Though an ambitious attempt, hybrid applications have not been successful in fulfilling all the promises.

Though they are cheaper than native applications and are easily deployable, user experience is better on native apps thanks to their high-quality performance. And as an education solutions provider, our aim has been to ease the trouble of all the stakeholders in the education sector and we would not be able to fulfil it completely if our customers are not happy with their experience.

Thus, striving to provide the best user experience, we don’t mind working round the clock and spending the extra buck.