Technology teams can be the biggest asset or worst bottleneck for a growing company based on the strategy taken by them. In name of future proofing engineering, the technology teams become a hurdle to company’s goals. You can see the ‘hidden frustration” in Bezos words below …

When the task is to build a bike, the product and technology teams would plan for a product, which can later run on motor, seat four people, sail in sea and even fly in the future. This hypothetical building of castles in the air digresses the focus from the real problem to be fixed. This is what Bezos is suggesting to refrain from, as it wastes resources and agonisingly delays the time to market.

Being defensive, the Product/Technology teams usually build a cannon for killing a bird.

Minimum Viable Product (MVP) philosophy evolved, to avoid this “unnecessarily over-thinking and over-preparation” problem which plagued products in all companies. It encouraged building the minimum required at a certain point of time and then iterating and improving it going forward.

No Such Philosophy Evolved For Technology

Therefore, the decades-old defensive and paranoid philosophy still prevails (which was much needed during older one–two-year-long waterfall releases). This becomes a competitive disadvantage for startups usually fighting for survival or growing fast.

A fundamental problem is that the engineers blindly copy the large company’s strategies, considering them to be the standard. Corporate and startups differ widely on their needs of scale, brand, speed, impact of a feature, loss by a bug, etc. Startups enjoy more freedom to make mistakes and that they should exploit to their benefit.

Strategies used in big companies are more often irrelevant and even detrimental to a small growing company’s interests. 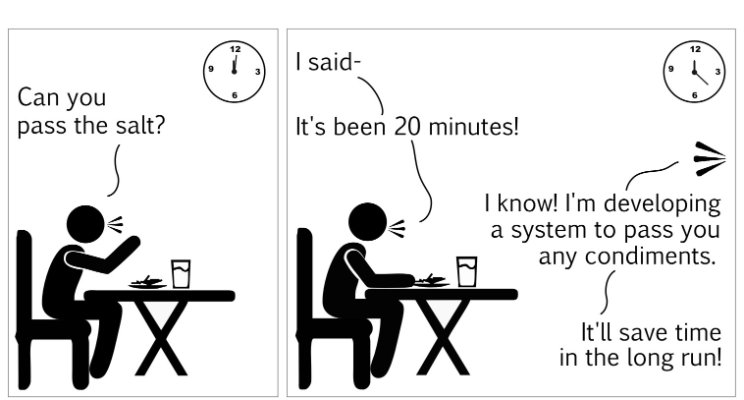 The solution to above problems is to build the minimum technology that makes the product and its foreseeable further iterations viable. Make it live ASAP and then iterate and improve it based on real usage learnings. Every company is in a different stage of evolution. Something that is MVT for a big company, can be over-engineering for startups.

If the task is to kill a bird, we should build a catapult/small gun, to begin with. If that becomes successful and there is a need to kill more or bigger animals, then bigger-guns/cannons should be built as required.

There is nothing so useless as doing efficiently that which should not be done at all. ~ Peter Drucker

Startups experiment a lot and only a few of them sustain the test of time. As per 80–20 rule, only those 20% successful ones should get deeper technology investments.

It’s important to internalise how irreversible, fatal, or non-fatal a decision may be. Very few can’t be undone. — Dave Girouard

The best code you can write now is the code you will discard in a couple of years time. – Martin Fowler 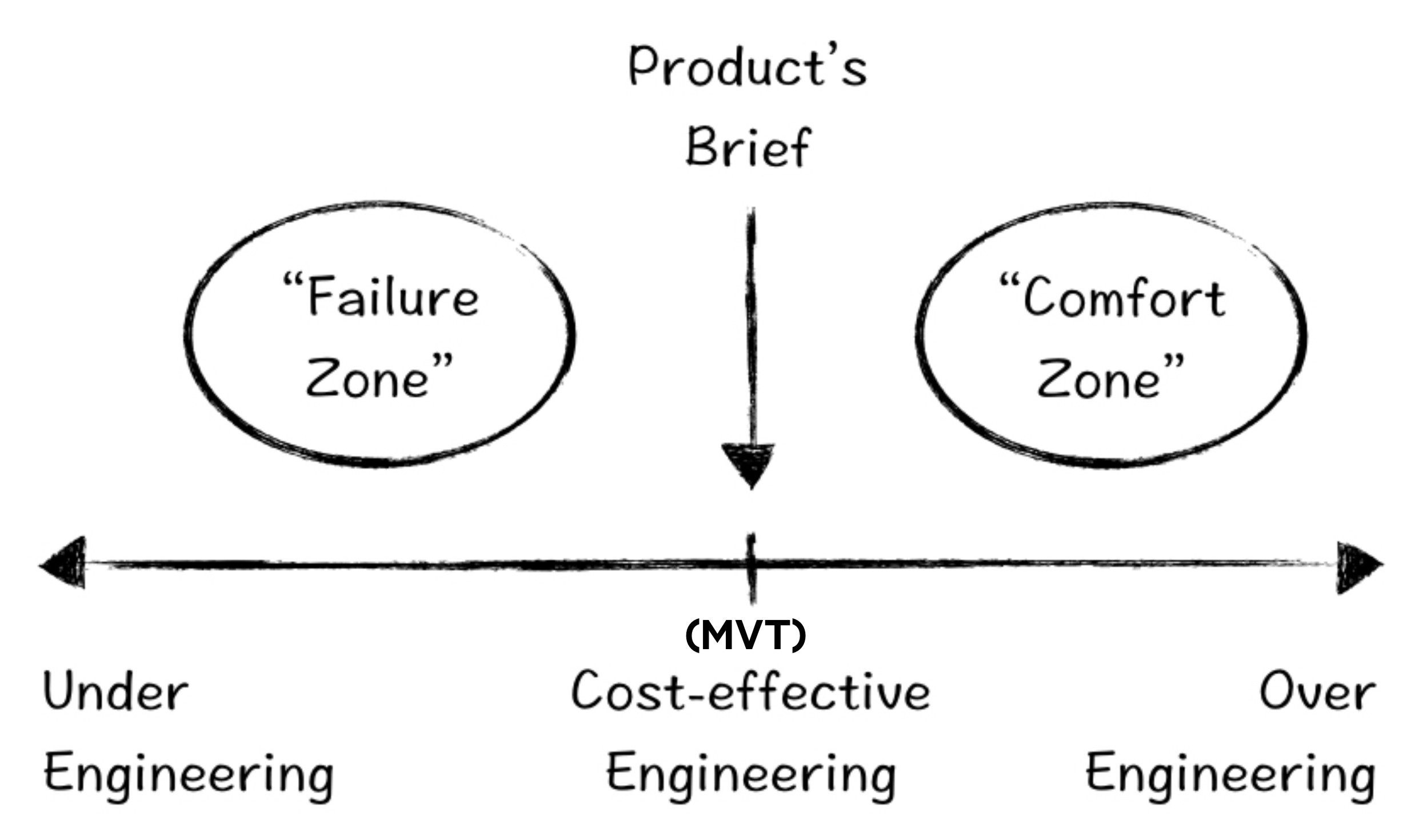 * The term “Minimum Viable Technology – MVT” is coined by the author.

[This post by Ajay Srivastava first appeared on LinkedIn and has been reproduced with permission.]