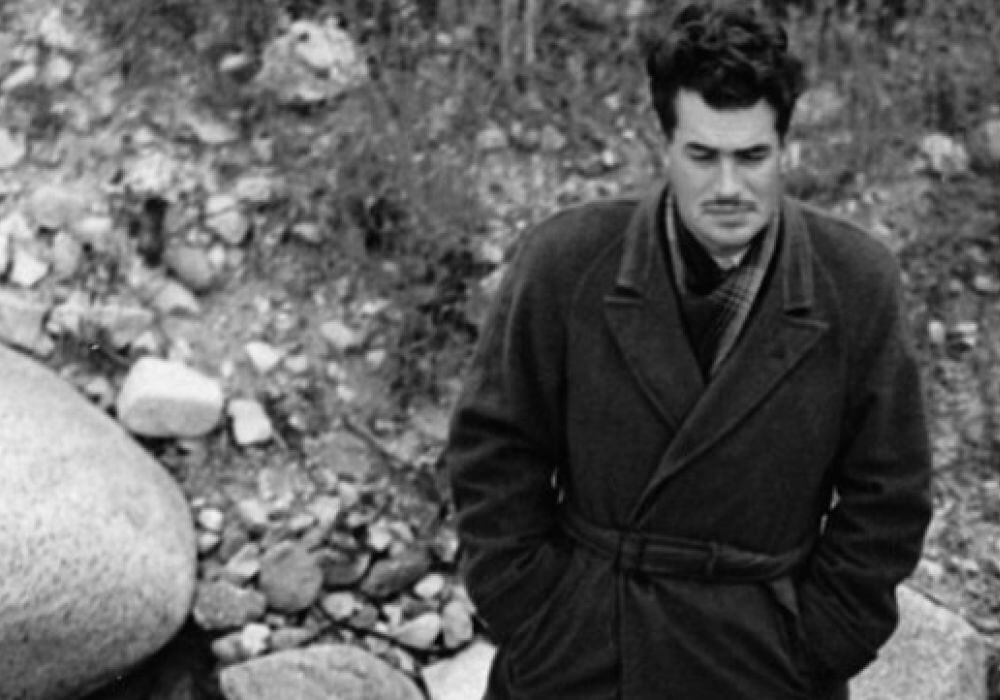 He was bullied as a child, worshiped the devil, and died a mysterious death at the young age of 37.

Despite his oddities, Parsons was a classic innovator. Here, 65 years after his untimely death, we examine how Parsons’ approach to innovation can help us today in growing our career, business and life.

“We are all born cowards”

Parsons believed that bravery was a big part of innovation. The power to innovate is in us all. But many of us are afraid to make a mistake, look foolish or rock the boat.

Innovation is all about new ideas and different ways of thinking, not conforming to the status quo. Yes, that takes guts. But exercising the freedom to “think” will generate rewards far in excess of risk.

“No man is worthy to fight in the cause of freedom unless he has conquered his internal masters.”

The Real Battle Is Not “Out There” But Inside Of Us

Self-doubt is more potent than outside influence. Parsons knew that, so he made a point of taming his internal demons to free his mind. Only then was he able to develop rocket technology that would one day send humanity to the moon. Priority one is healing ourselves first so we can imagine, create and do.

“A tyrant does not make his tyranny possible. It is made by the people and not otherwise.”

Millions blame outside circumstances for their plight, and while it’s true the world can be a burden, it’s also true that we often “allow” certain people, things and events to affect us, more than we should. The tyrant for many of us is time. Yet, we can control what we do and when we do it. In the final analysis, there are no excuses. We can, and we must create the time and environment to make things better.

According to friends, Jack Parsons could accomplish more in a year than most people do in a lifetime.

What is especially amazing is that Parsons had no formal education. He would become a leading scientist entirely through his wild imagination and relentless determination.

Parsons is credited with inventing rocket fuel in the 1930s, space technology that was later used in the Space Shuttle, and helping to start the Jet Propulsion Laboratory, known for its robotic space research, later taken over by NASA. (Years afterwards, NASA would distance itself from Parsons, removing him from their history books).

Jack Parsons experienced brief periods of extreme creativity that were interspersed with long bouts of despondency and dejection. It’s believed he was clinically depressed, a condition likely passed down from his father who died in a psychiatric hospital.

He was eccentric to say the least, giving his first wife a gun for her birthday. His idea of having fun was to ignite firecrackers in front of his colleagues.

A lover of science fiction, Parsons took a step into the wild side, joining numerous cults that worshipped the devil and practised black magic. He once called himself the Anti-Christ.

There was no limit to Parsons’ imagination, going so far as to practice a mystical ritual to summon a magical being called a “Moon Child” that would rid the world of oppression. (The Moon Child never appeared). 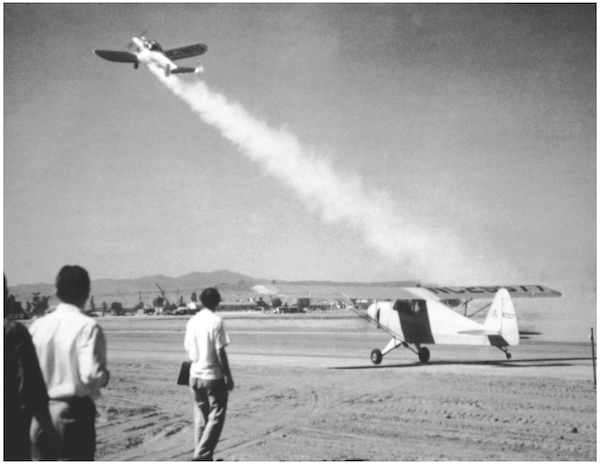 Rocket engineers were not taken seriously in the 1930’s. But that changed in August of 1941 with the take-off of the first “rocket-assisted” fixed wing aircraft, thanks to Jack Parsons’ solid propellant fuel formulation.

Parsons’ fascination with the occult and magic attracted none other than L. Ron Hubbard of Scientology fame. The two became friends and business partners until Hubbard reportedly ran off with Parsons’ girlfriend and much of his money.

That Would Be The Beginning Of The End For Parsons

His luck continued to run out as he came close to being tried for treason, accused of giving classified documents to the Israeli government, where he had hoped to work. The case, along with talk of his black magic dabbling, led to the loss of his security clearance.

Without clearance to work on top government projects, almost flat broke, and increasingly viewed by the scientific community as an unwanted “crazy”, Parsons was forced to take odd jobs as a car mechanic, manual labourer and hospital orderly.

At over six feet tall with dark, wavy hair and a fashionable mustache, the dashing Jack Parsons attracted many women into his life. There would be countless affairs, including those with the female staff of the Jet Propulsion Laboratory.

In his final days, Jack Parsons was hired as an explosives expert in major court cases, and on Hollywood movie sets.

It all came to a shocking end when Parsons was blown up in his garage laboratory – not from suicide, but a horrific accident, likely from one of his experiments with rocket fuel (although some have speculated he was murdered). The blast could be felt from a mile away. Upon learning of her son’s death, Parson’s mother was so distressed, she took sleeping pills and killed herself.

There are those in the scientific community who say Parsons’ strange life was simply part of his genius. Others say he was brilliant but disturbed. Medical observers contend Parsons had a mental disability.

However history will ultimately judge him – the bizarre imagination of Jack Parsons took us into space. Today, our own commitment to creativity and innovation, can take us just as far.

John Marvel Whiteside “Jack” Parsons, born in Pasadena, California, became part of a group of rocket scientists who formed their own company called Aerojet in the early 1940s. The company sold rocket fuel to the US military and was eventually taken over by General Tire. Even though Parsons was the energy and brains behind the company, he was kicked out for “unsafe working methods.” Parsons is generally credited with igniting America’s advancement into space and has a moon crater named after him.