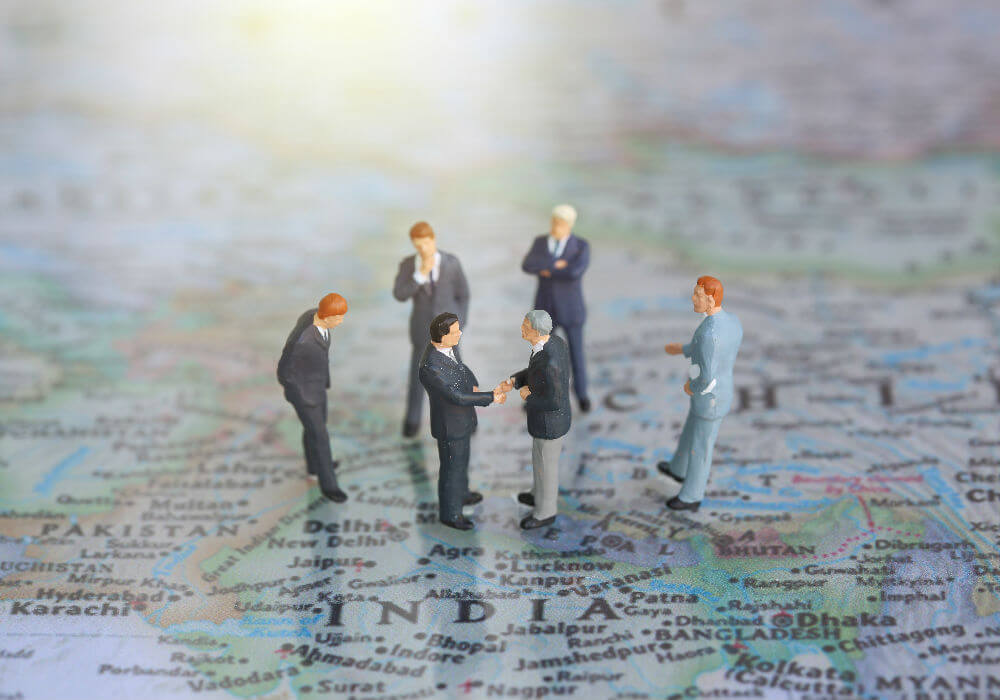 When I mention that our company has an office in India, people automatically assume I am referring to a call centre. But that’s not the case. Rather than outsourcing to remote Indian teams, our company decided to break the mould and open a core office there back in 2015. Just three years later, our Indian team has grown to 28 employees, producing as much as $20 Mn per annum in value for our affiliate marketing clients.

But why did we chose India as the location for one of our bases? The answer shouldn’t be too surprising. India is home one of the largest global startup ecosystems, offers a steady flow of highly trained technical talent, and its current administration is on a mission to make the country more attractive to entrepreneurs.

However, while India recently jumped up 30 places on the World Bank’s ‘ease of doing business’ Index, setting up a business here is still not as easy as it might be in more established hubs. Based on our personal experiences, here are some of the lessons we learned launching a business here as a foreigner:

Lesson 1 – Hire lawyers from day one

The first thing I would have done differently was to hire lawyers from day one to help with setting up the business. Indian lawyers know the right people to speak to push registrations forward, and understand the mind-boggling taxation and business legal framework. They also most likely know not to get tricked.

While the vast majority of Indians are hardworking and honest, corruption is rife in India. According to a 2017 Forbes article, as many as seven in 10 people who access public services report paying a bribe, earning India top spot as the most corrupt country in Asia according to a recent survey by Transparency International (TI).

So, whether it be registering your company as an official entity in India, registering to pay taxes, or simply setting up corporate bank accounts, I would suggest hiring not just one, but two lawyers to reduce your chances of getting burned. Make sure they work either independently or for different firms, so they can effectively keep an eye on each other’s work.

That said, these processes are easier than they used to be. Last year the Ministry of Corporate Affairs (MCA) in Delhi launched a pilot project which will allow entrepreneurs to register a business in as little as 24 hours. Back when we launched our Indian business entity in 2015, this was not the case. In a Times of India article an unnamed MCA agent is quoted as admitting that before the new pilot system, it could have taken as long as one year just to get a company name approved.

When recruiting, I would strongly recommend bringing on the services of a veteran local recruiter. When we tried to headhunt alone, we quickly realized that applications need to be taken with a pinch of salt, which really slowed down the process.

In our experience, 8 out of 10 people seemed very qualified on paper, boasting fluent English and MBAs. However, when we met applicants face to face, we realized that 1) their English was not as fluent as we needed 2) they had little if any vocational experience.

In a recent editorial from The Wire these problems are accounted to an explosion of private and government-run business schools in India over the last decade, but little quality control, leaving as many as half of MBA graduates in India under qualified to actually hit the ground running at a job.

Local recruiters also have a better idea of where to find talent with specific skill sets.

Gurugram, a city closed to Delhi and known as ‘Millennial City’, has marked its name as a Mecca for foreign companies setting up shop in India due to its abundance of highly skilled technical talent. Once a poor agricultural town, the city is now home to hundreds of international and homegrown software companies and call centres.

While probably out of the price range of most early-stage startups, Cybercity corporate park hosts a number of large IT and Fortune 500 companies such as Google, Ernst & Young, LinkedIn, and General Electric. With a generous mix of both global corporates, and up and coming startups, Gurugram attracts development talent from all over the country, and abroad.

The affordable cost of living and doing business makes it logical to the base development and technical talent in Gurugram — where an office with a team of 30 will cost the same as supporting a team of 5 in a large city like Mumbai, or even Delhi itself.

However, while there’s no shortage of highly trained developers, we struggled to find enough highly trained staff for ‘outwards facing’ roles like sales and advertising. Despite India having the second largest English speaking population outside of the U.S, we found there to be slim pickings in Gurgaon for our needs. If you need to hire a local sales and marketing team, I would recommend looking in a larger city like Delhi or Mumbai.

In the US or Europe, it is common for startups to rent office spaces. If everything goes to plan, your company should be scaling fast enough that you will outgrow properties every couple of years. However, based on our experience, this is not always feasible in India.

Despite a rise in investment in commercial property since 2015, demand still outweighs supply for high-quality office space, especially in growing ‘technology hubs’ like Gurugram. As such, commercial rental agents know they have the upper hand and commonly demand 5-10 year lease, and high rent prices.

For this reason, many later stage startups who have already raised A or B funding, decide to go down the route of buying their own office outright. However, the Officechai team argue that if going down this route, it is essential that your lawyers go through the paperwork with a fine comb:

“Ensure that the seller has all the registration certificates. Namely clearance from the government, property tax receipts, and clear transfer documents from the previous owner if any. Cases of tenants getting a rude shock after discovering that their properties have been built on an illegal piece of land aren’t uncommon.”

Another option is to actually contract a new building, however, be aware that this process will take at least 6 months, if not a year from planning to completion. India rates very low on the Doing Business report for registering office space and dealing with construction permits, so be prepared to wait, or grease some palms to get the ball moving.

In the end, we decided to hire a local property developer who specialises in commercial real estate and had a solid portfolio and lots of recommendations. While more expensive, and time-consuming, this allowed us to have an office build around our design, size, and cost specifications.

Three years into our Indian adventure, our business is flourishing, and we have a great team on board. With a business-friendly government in place, it is becoming easier for foreign enterprises to start up, however, there challenges still remain especially when dealing with ‘red tape’.

Rather than making the same mistake as we did of stoically battling onwards, thinking you can do everything by yourself — take our advice, and bring on the right local partners at an early stage. This will leave you to focus on the important stuff, enjoying India, and be growing your company.