Is It Legal To Invest In Bitcoins In India?

Is It Legal To Invest In Bitcoins In India?

The global growth of the crypto market is simply remarkable

In April 2018, the Indian regulatory limited Indian access to the cryptocurrency market 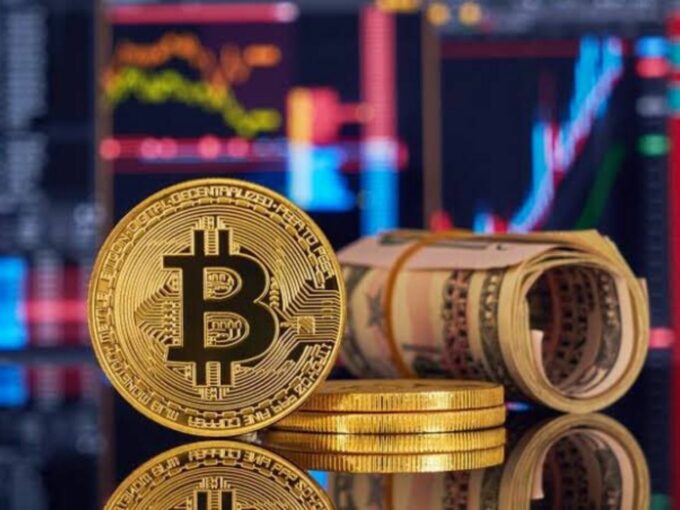 Currently, the global market capitalisation of cryptocurrencies is around $256 Bn. This figure is about $65 Bn more than what it was at the beginning of the Year 2020. To offer you better clarity, the sum is over $10 Bn more than how much India’s GDP increased between 2017 and 2018 – especially in view of that it was the fastest-growing large economy back then.

The global growth of the crypto market is simply remarkable. It is enabling traders to optimize their investment plans with a tech-driven currency. But are crypto investments legal in India? Well, the short answer is, “Yes, they are.” The longer one takes us into a few specifics. They remain legal still.

The Curious Case Of Crypto Trading In India And What Made Them Fall In 2018?

In April 2018, the Indian regulatory limited Indian access to the cryptocurrency market. The RBI’s circular barred national financial entities from dealing with cryptocurrency platforms. The arbitrary blanket decision was taken without adequate research and without even consulting its counterparts in other developed countries. An argument for the decision is to prevent money laundering due to the anonymous nature of transactions.

However, the cryptocurrency platforms in India mandatorily conduct KYCs with denonymous transactions, something also pointed out in the recent ‘IAMAI vs. RBI’ hearing in the Supreme Court.

What Made The Crypto Market Crash In 2018? Are They Safe?

Well, in 2018, cryptocurrencies were trading at hyper-inflated prices as more and more global investors rallied to buy them. This largely involves supply-demand dynamics and is like overvalued stocks in the equity market. To help you understand, there are only a finite number of crypto assets available with any cryptocurrency ledger. For instance, only 21 Mn bitcoins can ever be mined as per the current bitcoin protocols. Now, like any other market (stocks, commodity, currency, etc.), if the demand is higher than the supply, the prices will surge. Similarly, if the supply is higher than the demand, the prices will dwindle.

The former scenario is largely what happened in 2018. A large volume of global investors continued to buy cryptocurrencies. Similarly, more and more cryptocurrencies were being launched with every passing day. The market was in a state of hyperactivity which made cryptocurrencies to trade at overpriced levels. These price points, however, were not stable. They were meant to come down. And when they started coming down, the market entered into a state of panic, dragging down the market further. Does that make cryptocurrencies unsafe?

The economic event can be correlated to ‘The Dot Com Bubble’ of the early 2000s, wherein internet-based companies peaked in value before crashing. Now, understand it with simple logic: are internet-based companies unsafe because of The Dot Com Bubble? No, they aren’t. The market required corrections and that is precisely what happened. Similarly, the crypto crash eliminated unviable currencies from the market, while the viable ones remained.

By December 2018, the prices stabilised with around $102 billion market cap. The cryptocurrency industry started recovering and since then, its market capitalization has grown more than two-fold reaching the current level of $256 Bn. It has only been rising despite the regulatory-based challenges across some major economies. This brings us back to the legality of cryptocurrencies.

So, What Is The RBI’s Stance On Them?

Technically, cryptocurrencies – which are based on the revolutionary Blockchain technology – are the perfect answer to a number of global economic challenges. The biggest solution extended by them is that they enable global remittance settlements in real-time. This is without needing an intermediary or third-party players for authentication purposes. They, moreover, are highly secure as they follow a distributed-ledger system (and do not have a single point of failure). They also bring superior transparency to the system which quite opposite of its perceived anonymous nature. This is why a number of global banks have also started accepting cryptocurrencies as a payment alternative.

Since its April 2018 circular, the RBI hasn’t come up with a law vis-à-vis cryptocurrency. As the market continues to grow globally, the delay is adversely impacting the Indian traders as well as cryptocurrency platforms by causing a needless bottleneck. The matter is sub judice and the final Supreme Court ruling will provide better clarity on the same.

Trading in Bitcoin (or any other cryptocurrency for that matter), however, has been and continues to be legal in India (unless the Supreme Court of India rules it otherwise, which is highly unlikely)