Is INR Trapped Between Net Market Interest And RBI?

Is INR Trapped Between Net Market Interest And RBI?

Some projections estimate a decline of  $25 Bn as a possibility 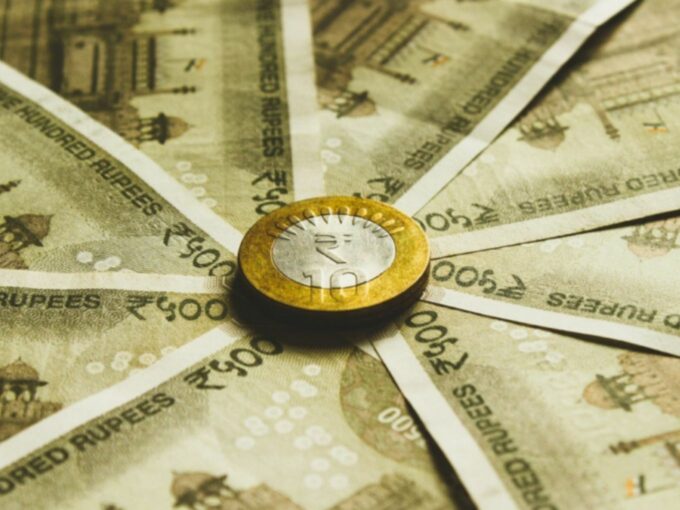 Spot USD/INR is trapped in a tight range and between two players – net market interest and the RBI. Whereas globally funds are shifting from the USD in a move away from a low interest/ low growth prospect economy- the latest GDP data from the US showed a 32.9% annualised contraction for the 2nd
quarter, and either being repatriated or invested elsewhere, the INR seems trapped in a weakened state.

Despite having recovered from a low of 77.00 to the dollar hit on the 21st of April the INR has not been able to make further headway despite the trade deficit disappearing after 18 years and mammoth inflows from the Reliance Jio equity stake sales to a clutch of global investors and technology firms.

This has been identified clearly as a result of all the excess surplus finding its way into the foreign exchange reserves of the RBI which have shot up by over $25 Bn in the last 4 months. This has been done- almost certainly, as a hedge against future volatility; a means of competitive devaluation in an environment of shrinking trade flows and- since the INR released into the system isn’t being soaked up, as a means of providing needed liquidity into the system.

Supporting the USD is part of a long-standing strategy of the RBI to counter uncertainty. The contraction in trade flows noted above is one area of uncertainty, the other primary concern would be the expected fall in repatriations from NRIs- particularly from the Gulf. India has the world’s largest pot with USD 80 billion in 2018 (China followed with $67 Bn) and this is an area of vulnerability during this period of lockdowns and lay-offs.

Some projections estimate a decline of  $25 Bn as a possibility. There are plans being floated of issuing a deposit scheme or a bond to tap the overseas savings during this period with a potential pool of $50 Bn to dip into. This will be easier in this time of ultra-low rates in the US and globally.

The positive trade numbers are expected to be a temporary phenomenon as trade/ consumption/ oil demand return. Further, historically Indian exporters tend to be more active hedgers than importers. Oil imports- the largest and most inelastic component during normal times are not active hedgers- especially in a regime where daily price changes at the pump mean they can fully pass on their costs to the consumer.

The danger is over-hedging by exporters leaving them unable to take advantage of any USD appreciation. But there does not appear to be any evidence of over-committed exporters at the moment. If the market is well poised and the RBI abandons its defense of the dollar then we may see a
quick fall in the USD.

The US is expected to undergo further months of turmoil as their mishandling of the coronavirus pandemic (both medically and in terms of their financial priorities) cripples their ability to restart operations. The increasingly strident polarization of the political atmosphere is creating policy uncertainty and with the critical Presidential elections under 100 days away we may see further capital flight if only to play a wait-and-watch game.

Consequently, there seems to be little visible risk of the USD gaining strength against the INR for economic reasons. There are fewer buyers than sellers in a market with low hedging interest currently. The more likely causes of any dollar gain may arise from the possibility of conflict escalation with China (either India or even the US) and to a lesser extent with Pakistan (as a China proxy).

In other developments domestically, the spread of the pandemic seems to have escalated sharply in the month gone by and we may hit 100,000 new cases a day by the end of this month if the rate of escalation continues. It is a race for a vaccine and the equity market seems to be operating on a hair trigger for vaccine related news. The question therefore will be the ability of the government to procure sufficient quantities in time and make it readily available across the board.

Already the US, Europe and the OECD have pre-ordered a billion vaccines pushing poorer countries down the supply fulfilment priority list. But, given that Serum Institute will be manufacturing vaccines for the world steps will need to be taken to ensure that India gets timely supplies as well.

The risk for the USD clearly lies on the downside with even Goldman Sachs putting out a warning that the dollar risks losing its status as a reserve currency and its pre-eminence in global trade and investment. Much of this is due to the poor handling of the pandemic.

The Chairman of the Federal Reserve Jerome Powell has explicitly tied the fortunes of the US economy to its ability to manage the spread and impact of the virus. Fed member Neel Kashkari has recently suggested that a 4-6 week ‘hard’ lockdown across the US with the continuation of direct income support as the best option to ensure the conditions of a future revival.

Given the huge disconnect between the necessary and the likely, it is prudent to bet against the USD for the foreseeable future until a coherent policy response becomes apparent Cover is recommended for exporters until December/ January- after which much of the uncertainty should have cleared. The RBI only has one gatekeeper at the moment- the RBI, preventing the currency from going to the low 70s. The upside path is less visible and may be limited this month to 76.00. The downside – sans RBI, is 72.00- a 3:1 risk in favour of sellers.