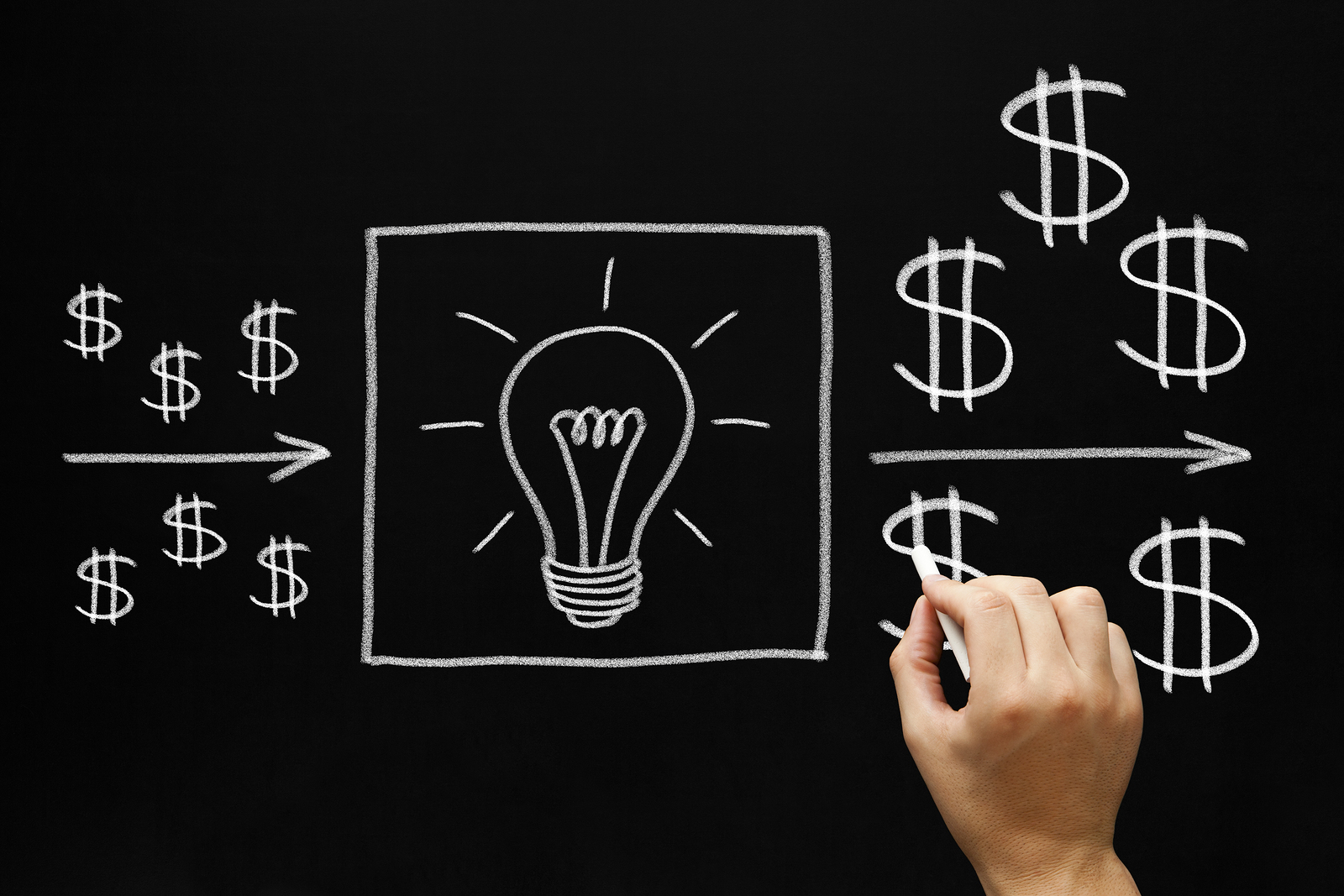 They say that it’s the citizens and communities of a country – which give a country its unique characteristics.

The other day, I was just looking at Global Innovation Index 2015 – which attempts to measure scale of effective innovation across all key global countries and indexes it to a scale from 0 to 100. This establishes that despite its huge population and talent advantage – India still lacks behind its innovation capability as compared to markets like Europe, USA or even China.

This further prodded me to compare this chart to the growth of crowdfunding in these respective countries and here are the broad numbers: 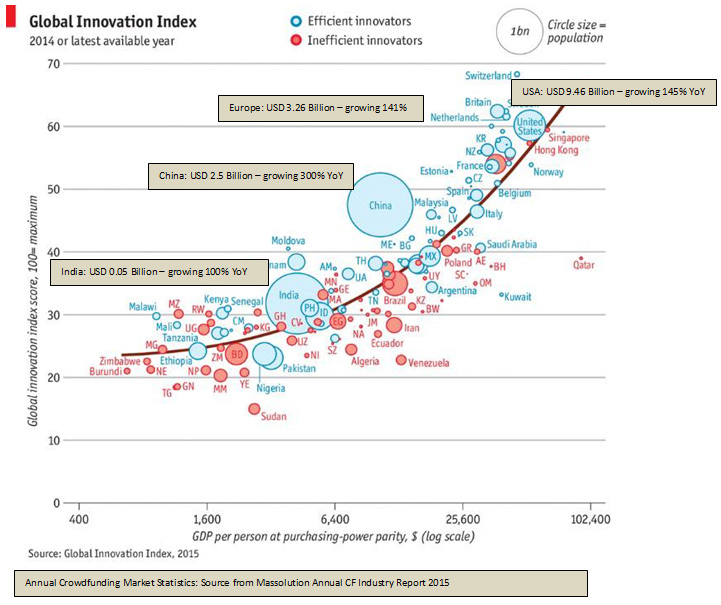 Also, lets have a look at key sectors which are gaining crowdfunding dollars. 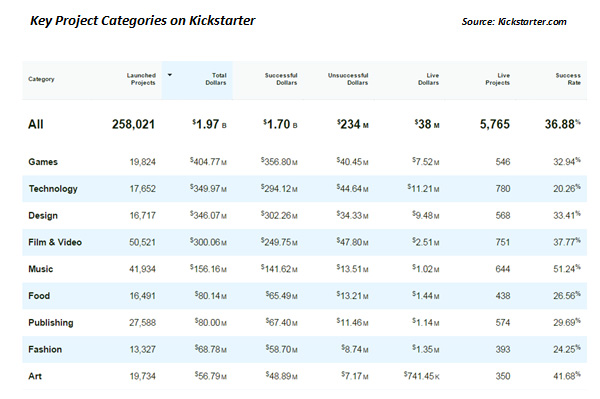 So, what does all this implies?

The above data metrics do point to some of the following implications:

Implications for India: Yes, we are on an innovation high! The government, lead by a visionary Prime Minister,  who is seemingly leaving no stone unturned to drive up India’s innovation quotient – seem to be making right noises with campaigns such as Digital India and Make in India. The signals are also being caught by all eager investors and entrepreneurial ecosystem developers. What is left, perhaps, is Indian citizens to now start coming forward and engage with young Indian ideas, beyond just the lip service and crowdfunding could thus be one possible route to see this happening.

Implications for India: Though Indian regulators are showing early signs of opening up to innovative financial structures, the issuance of Payment Banks licenses and SEBI issuing white-paper on Equity Crowdfunding being some encouraging examples. They now need to move fast. China, for example, has already opened up security-based crowdfunding and is seeing more than 200% Y-o-Y annual growth and other south-east Asian economies are all in race to quickly catch up with Malaysia already opening up this domain and Singapore expected to open this up before end of current year. This could be a landmark opportunity for Indian financial regulators to really boost innovation funding and establish its leadership in evolving Asian market, where crowdfunding is expected to grow more than 300% Y-o-Y as per industry estimates.

Implications for India: While in last two years, India has embraced crowdfunding, more than 80% of funds so raised through various crowdfunding platforms have been towards support of social & charitable causes. While this forms the basis foundation of crowdfunding in any economy, its time for the various platforms to together up the ante and start pushing a more focused functional innovation agenda through them.

So perhaps, this is the time when India should also come forward to together make a new innovative India.