Now That The Hype On The Wane, Is Blockchain still relevant?

Now That The Hype On The Wane, Is Blockchain still relevant?

In A Bid To Understand Whether Blockchain Merited The Attention, Scrutiny, And Fascination It Generated The World Over, We Analyse The Real-life Benefits, Applications, And Challenges Associated With It 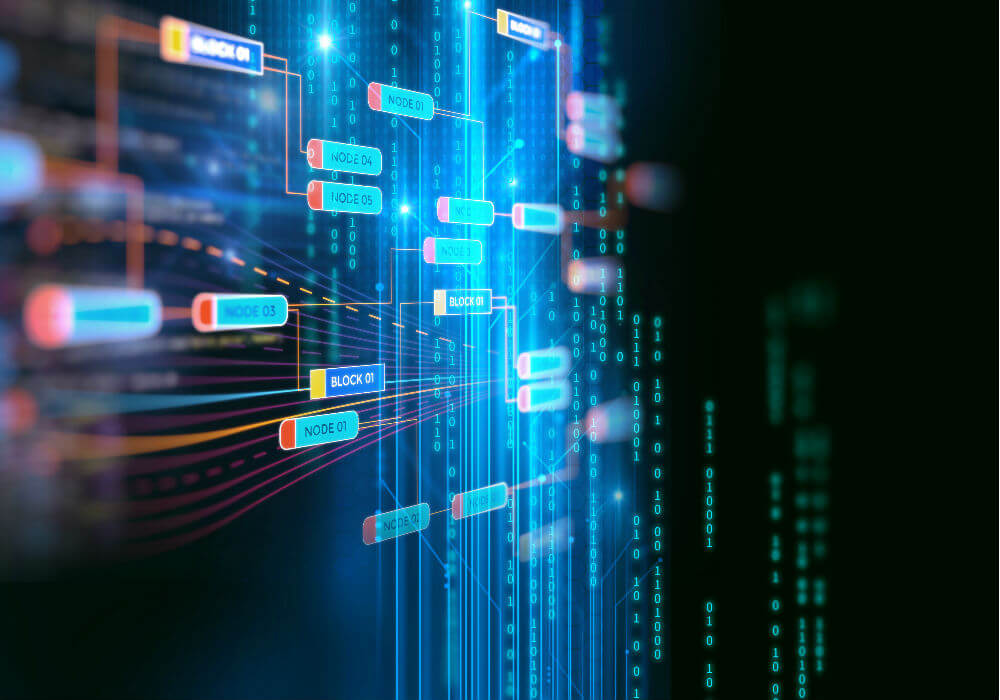 Blockchain – the technology powering cryptocurrencies (most famous being Bitcoin) – drove the course of discussions within the tech and financial circles alike for the larger part of last year.

Now that the mainstream hype surrounding the technology is waning, it is important to understand whether it merited the attention, scrutiny, and fascination it generated from both the private sector as well as governments around the world until very recently.

In this article, we analyse, the real-life benefits, applications, and challenges associated with blockchain.

Blockchain, in its simplest sense, is nothing but a ledger of information. Traditionally, to ensure that recorded information is unbiased, unconflicted, and authentic in nature, third parties have been engaged by market participants to maintain ledgers of such information.

On blockchain, however, instead of such information being maintained by a neutral third party, it is distributed with all the participants in the system itself. Advanced cryptography makes the information extremely tamper-proof and immutable, thereby making the blockchain an extremely transparent, secure, and authentic ledger of information — one where there is no need to engage a third party to verify that information.

In traditional payment systems, banks play the role of trusted intermediaries. When you execute a transfer of money through a demand draft, or a cheque, or even an online transfer, you know that a highly regulated entity is effecting the transfer from your account to another’s account — hence, the transaction would be secure, authentic, and the bank’s record of account balance accurate.

However, while highly reliable, such systems involve additional costs (like bank fee), and at times make the intermediary extremely indispensable.

Blockchain, on the other hand, provides a highly independent and arguably safer way of recording information compared to trust-based systems by having information recorded and constantly updated with each of the participants themselves, and subsequently securing it cryptographically (in a process called mining).

The regulatory framework around blockchain in India, as well as in most other jurisdictions around the world, is underdeveloped, so to say. As on date, there isn’t much statutory development, except a reassurance by the finance minister in the 2018 Budget speech that applications of the blockchain technology will be explored by the government in the coming days (along with a rider on non-recognition of cryptocurrencies as legal tender).

The Curious Case of Cryptocurrencies

Cryptocurrencies are encrypted tokens of a virtual financial asset, which can be used as a medium of exchange, like any physical currency. They differ from fiat currencies in two primary ways — first, as opposed to government-backed currencies, most cryptocurrencies are decentralised which means there is no central backing (like a reserve bank) which ‘issues’ these currencies; and two, as opposed to utilising traditional payments systems like banks, cryptocurrencies use blockchain, thereby not requiring an intermediary to authenticate transactions taking place on the system.

Since these currencies are not legally issued tender, their use as mediums of exchange creates an economy parallel to the government-run economy. As this economy is unregulated and completely out of governmental oversight, for obvious reasons, governments do not support it.

Further, governments use sophisticated strategies to control price fluctuation and inflation in the system. Since cryptocurrencies have no such issuing authority, they also have no price anchor, and their price is prone to wild fluctuations due to uninformed and speculative investments by the public.

Which brings us to another connected issue, that no rationale can be attributed to the recent Bitcoin mania except the fact that people are using cryptocurrencies as an investment grade product rather than as a medium of exchange, which is what their anticipated use was.

To that extent, while blockchain as an infrastructure has received positive reactions, cryptocurrencies have caused a regulatory stir in multiple jurisdictions. In India, the draft Banning of Unregulated Deposits Bill 2017 may tighten the noose around cryptocurrency trading (even though it does not directly refer to cryptocurrencies at all).

According to the government press release, the bill will ban unregulated deposit-taking activities altogether, by making them an offence ex-ante.

Thus, any unregulated deposit-taking activity via cryptocurrencies (for example, initial coin offerings of cryptocurrencies) is going to come under its scope. The RBI and the finance minister have also, on multiple occasions, confirmed that cryptocurrencies may potentially have negative implications.

In April, the RBI issued its third circular prohibiting banks from providing services to individuals and entities dealing in cryptocurrencies (which has been challenged in the Delhi High Court).

Are we Legally Equipped to Adopt Blockchain?

Blockchain is a revolutionary technology and it is use-case extensive, but that is not to say that we (or most other jurisdictions) have been prepared to adopt it.

For example, it is not clear whether blockchain-based ‘smart contracts’ (self-executed instructions) meet the basic requirements of a contract under the (140-year-old) Indian Contract Act 1872. Will rescission of such contracts be possible? How will actions automatically executed upon wrongful determination of an event (for example, transfer of money upon flawed analysis of rented car damage) be reversed in the absence of human volition?

IT laws in India at present deal with data collection by ‘body corporates’ (Section 28A of the Information Technology Act 2000) and have set relevant standards of protection of such information. However, there is no single entity collecting such information on blockchain.

As such, how will data protection standards and corresponding liability for failure to ensure protection be adhered to?

The use of Bitcoins on the infamous Silk Road (an online black market for narcotics) is an example of how the “pseudonymity” offered on blockchain can make it hard to enforce legal, tax and contractual provisions. Further, lack of KYC or reporting standards is an issue.

The idea of Blockchain is that the data is stored with various participants — participants who may be situated around the globe. As such, jurisdictional questions like the determination of correct local laws to govern participants become important.

To think of it, what law will govern a transaction between parties with varying levels of statutory IP protection? What happens in a case where the laws are conflicting with each other? How will the CPC and CrPC tackle such cases?

Further, even though the technology is extremely secure, records are practically immutable and irreversible once added on blockchain. In such a scenario, how are courts going to reverse fraudulently initiated transactions? What happens to a transaction executed on a ‘smart contract’ when it is deemed unenforceable? How will the gains be restituted?

Associated uses also have relevant concerns related to implementation. For example, according to Morgan Stanley, ‘mining’ or verifying the information alone on a blockchain-based payment system would consume more electricity than the state of Argentina in a year!

It is also not clear whether blockchain-based cryptocurrencies are ‘securities’, as defined under the SCRA. Multiple jurisdictions (like the US and South Korea) treat such tokens as commodities, and not currencies. It is also debatable how gains out of such tokens (acquired through mining or transfer) will be taxed.

What Is The Way Forward?

Despite its disruptive implications, one cannot deny that the idea of a system without central oversight is a scary proposition.

While touted as being the next big thing after the Internet, blockchain still lacks the form of data localisation or border control that the Internet is subject to, in one way or the other. Can we anticipate a multi-stakeholder body that sets the relevant standards around setting up blockchain-based solutions in the coming years, and expect something like a GAAP or ISDA for blockchains as well?

As of today, while we can look forward to the adoption of blockchain in various avenues, it is important that general awareness around the technology be propounded. Humans are creatures of habit, and we naturally resist disruptions. But considering the benefits, adoption seems imminent. On the other hand, we feel that rushing legislation may not be ideal until the policy makers first understand the technology in its entirety.

We can consider the example of France, which has allowed transfer of mini-bonds using blockchain, whereby addition of a transaction on the system will act as a transfer of title in the mini-bonds. Closer home, lawmakers can try to find a middle ground and adopt the technology to exploit its positives like the French government, or instead (and the author disapproves), like the trend has been in India, centralize a technology which by its very nature is designed to be decentraliszed.