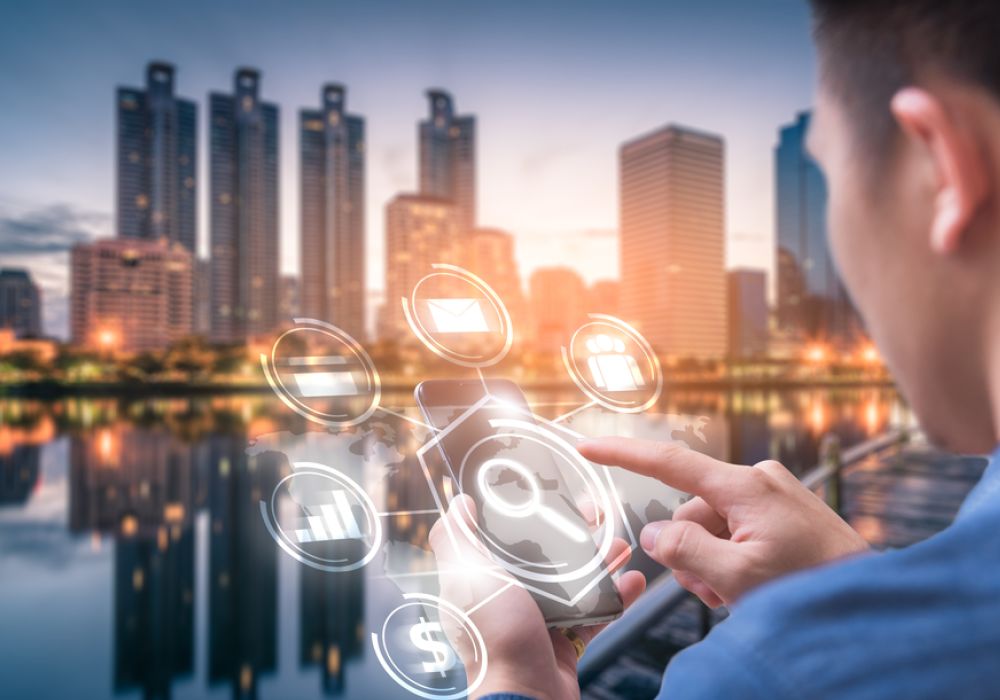 Connectivity has impacted our lives in unimaginable ways, all for the good. After connecting with each other the next change that everyone, individuals and enterprises alike, is looking to embrace is to connect the things around us, starting with the appliances in our homes. This is where IoT startups come in.

Undoubtedly, television is one of the most important appliances in our homes providing us with entertaining content. After the plethora of digital channels, the current wave is of online content. How about watching this online content on the big screen that is already part of your home? This desire gave birth to streaming of online content on TV. Innovation brought in technology belonging to the Internet of Things or IoT devices and converted our existing TVs into smart/ web-connected TVs. Google launched Chromecast which connected your TV to internet and allowed usage of apps such as YouTube to stream the content. This served Google the dual purpose of increasing its reach by showing advertisements during the viewing time as well as collecting further information about usage preferences.

TeeWe was a Made-in-India product like Chromecast, launched by MangoMan Consumer Electronics. Despite being a startup they gave tough competition to a technology behemoth in both pricing as well as features. They demonstrated that local, Made-in-India innovation can play a significant role, especially when it comes to IoT devices bringing existing appliances online. Today the price difference between a regular and smart TV is so miniscule that it makes sense to buy a smart TV.

With TV connectivity already becoming mainstream, another home-grown startup Sensara launched a product called Sensy which connects to your TV and set top box over Infra-Red (the same way the remote talks to a TV or a set top box). A mobile app connects to Sensy over Bluetooth to allow you to intelligently control your TV as per viewing preferences. Sensy has a cloud component where they analyse live streams to map the content – which ones are advertisements, which movie is a Salman Khan movie, etc. With such labels, they allow you to intelligently switch to a specific channel based on your preference. By doing so, they are also analysing the different times at which advertisements are being aired and whether the viewer showed interest in watching them.

While TeeWee was about streaming the online content on the TV, Sensy is about giving a smart TV viewing experience by learning the context of the content being played on different channels. With most likely no parallel, Sensy Is empowered with key information about how users are interacting with the routine content and advertisements broadcasted on a multitude of TV channels. This is akin to the information that Google collects when you are watching content on YouTube.  They are surely going to change the way TV marketing will happen in the years to come.

Besides TV, the second appliance that we all crave for, more so when the sun beats down on us, is the Air Conditioner. While some manufacturers have tried launching connected ACs – controlling them over SMS or WiFi, their market adoption has been poor, likely because consumers do not consider the proposition around comfort as valuable enough to either switch to a new web connected AC or pay a premium of Rs 6000-7000 while buying a new AC. ACs are also big power guzzlers so consumers are more conscious of the electricity bill than internet-connectivity.

Like Sensy, a smart device talking over Infra-Red can convert your existing (Dumb!) AC into a web connected (Smart) AC. However, unlike Sensy, such a device should be connected over internet, likely through your home WiFi network, to both allow you to remotely switch on/ off the AC and collect sensor data for preventive maintenance alerts.

The device can simply act like a web connected remote for your AC, giving you the power to control your AC from anywhere in the world. Such a device can go beyond remote control, allowing you to set intelligent schedules from the app to help you save energy, analyse the temperature and humidity sensor data to tell in advance when does the AC need servicing and acts like a CCTV for your AC usage giving you visibility if your support staff is operating the AC when it should not be operated upon.

Like the smart TV viewing experience, context information by connecting the AC to the Internet can be used to understand the comfort definition of each individual user (at different times of the day) and then vary the AC settings accordingly to provide a “smart comfort experience”. Furthermore, usage data also provides information about performance of different models of AC in different weather conditions. Powered by such information, consumers can be fed with information for selecting the right model of the AC based on their usage and weather patterns of the city they live in. Globally, there are devices that make your air conditioner smart such as Tado from Germany or Sensibo from USA or Ambi Climate from Hong Kong.

Domain expertise plays an important role when developing such IoT devices connecting existing appliances to the internet. There is no reason why Sensy cannot add control of AC to its repertoire. The true value addition is not by giving control to your phone but from the sophisticated algorithms run by the company that helps them understand the usage context and give the user a “smart experience.” It knows the video streams well and has developed expertise there.

For AC, the company needs to know the AC usage and thermal comfort in detail to know what value is to be provided there. For the same reasons, any other IR blaster (device that connects to WiFi and any device using Infra-red signal) that enables  controlling your dumb device over Internet (or phone) is no match for the whole service utilising collected data for intelligent inferences and smart operations. But, if executed successfully, these Made-in-India IoT startups can not only make your appliances smart but can also give you intelligent analytics to help you make smarter decisions regarding their usage.