Reports Say That AI, Blockchain, Machine Learning And IoT Are The Next Moneymakers 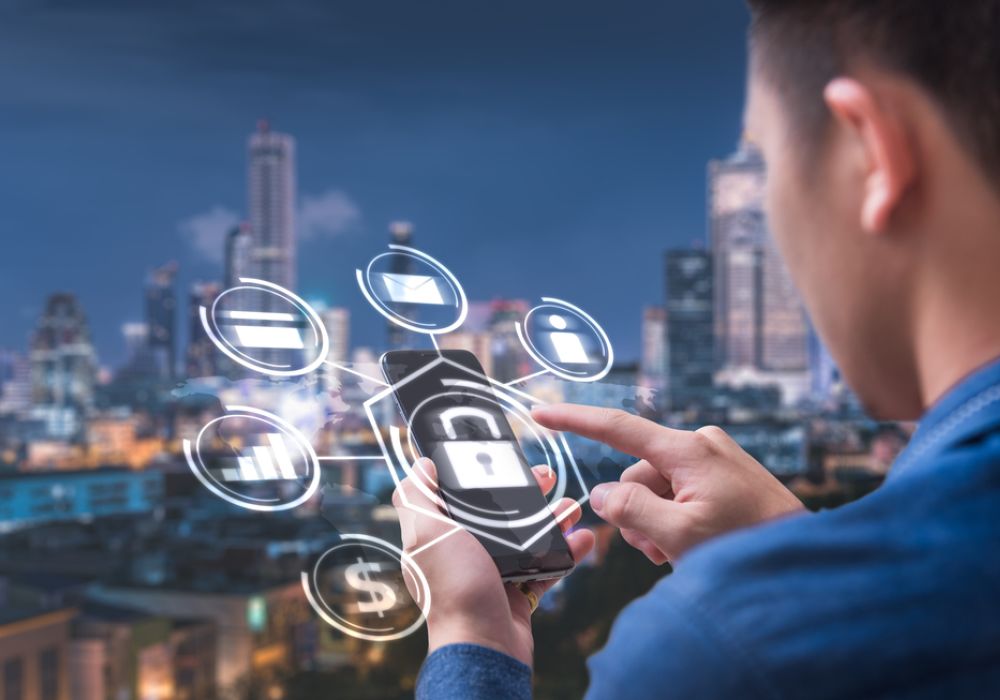 In the last three years, India is well poised at the cusp of high-growth due to breakthrough economic reforms and forward-looking policy transformations, opening up unlimited opportunities for entrepreneurs to innovate newer & disruptive models, like never before. As of July 2015, India was a $2 Tn economy and is forecasted to be a $5 trillion economy by 2025. One of the most fascinating aspects of India is that the creativity of its people and their innovation skills are changing the dynamics of the global economy, especially in fields such as IoT, machine learning, etc.

Today, we are marching towards establishing ourselves as a top global innovator with a promise for creating disruptive solutions. Given the benefit of a dynamic young population – with more than half of the country’s population below the age of 25, coupled with flagship programmes viz. Digital India Make in India, Startup India Stand Up India, the government seems to have grasped this change.

The urgent imperative for change coming from almost every segment and region has prompted India on a path towards an innovation led, rapid and inclusive growth to achieve social and economic transformation. Let’s debrief a few avenues like the infrastructure landscape, rural economy, deep technology, GRC (Security, Governance, Compliance) which will probably prove to be game changers for this ‘Next-trillion economy”.

PWC, in its predictions for 2020 says, “In China, India and the Middle East, entire new cities will be built, using eco-efficient technologies to reduce their environmental impact. Governments and the investment community may need to work together to fund and build these smart cities and their innovative infrastructures.” There are going to be opportunities to construct entirely new cities.

Jaypee Sports City is one such example and Amaravathi in the neighbouring state of New Andhra Pradesh, is yet another ambitious project. The following nations will account for 72% of expected construction activity: India, China, the US, Indonesia, Russia, Canada and Mexico. Emerging Asia is expected to be the fastest growing region for construction between now and 2025. India will lead the pack.

This opens up a huge opportunity to identify innovative, smarter and sustainable solutions to disrupt the infrastructure and construction sector. 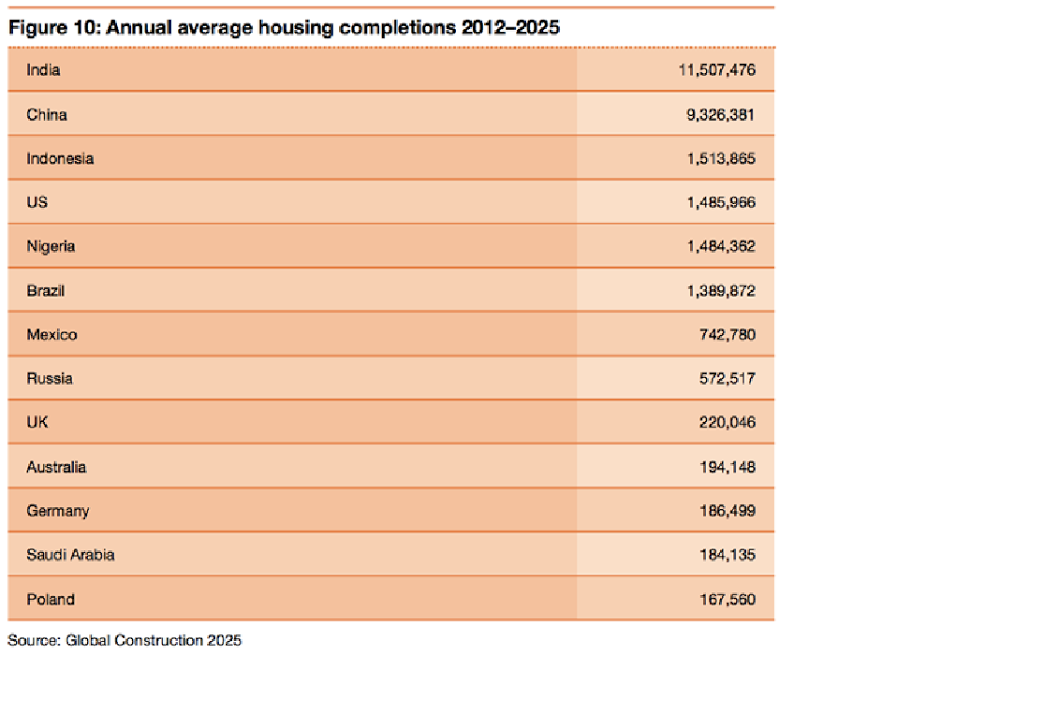 At a time when the international borders are closed opportunities, and traditional IT-ITES services jobs are shrinking in the wake of the introduction of RPA (robotic process automation) and machine learning tools/bots replacing humans, a very large population of Indian youth will be turning to the 80% untapped rural economy covering 6,50,000 villages. The good news is, policy moves are accelerating the five labour market transitions that journey to higher productivity-farm to non-farm, rural to urban, subsistence self-employment to decent wage employment, informal to formal, and school to work.

This new economy-which is more digital and technology driven and is slowly but definitely changing how we live, from technology interventions in rural areas (the ‘JAM’ trinity of Jan Dhan Yojana, Aadhaar and mobile connectivity for targeted subsidies), from buying groceries to durables, from purchasing farm inputs to gadgets online. 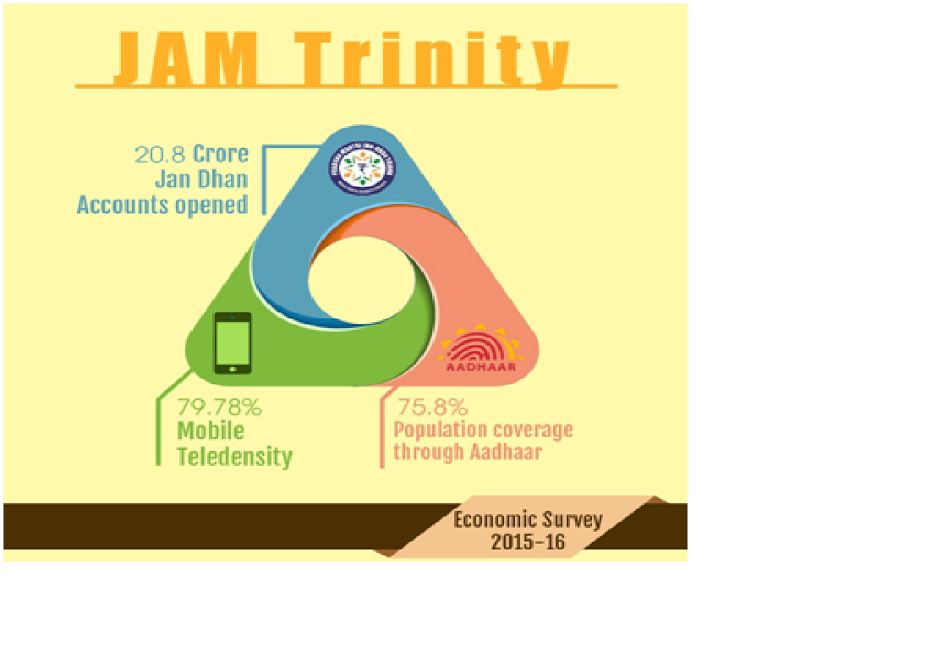 India is on the cusp of a second-generation digital revolution, which will spread across the economic spectrum, from agriculture, rural-commerce, healthcare, education, financial & other services, manufacturing to infrastructure development and create a new set of jobs and render some existing ones obsolete.

Green sectors such as solar energy and the wind are big possibilities to fuel rural economy. The aspirations of rural markets are not any different from that of the urban consumer. Rural markets offer an opportunity for expansion and sustainable growth to many sectors. Companies are already developing an inclusive strategy to create a market place for both urban and rural consumers. Many more innovations in agritech, fintech, healthtech, edtech, clean water, renewable energy, housing & infrastructure are going to be the key focus areas for the rural economy.

GRC is the umbrella term covering an organisation’s approach across these three regulatory areas. Every organisation takes a calculated risk to achieve its objectives, but the risk-taking must be well managed without jeopardisng the organisation’s existence. Organisations can optimise this balance by embracing business risk management — 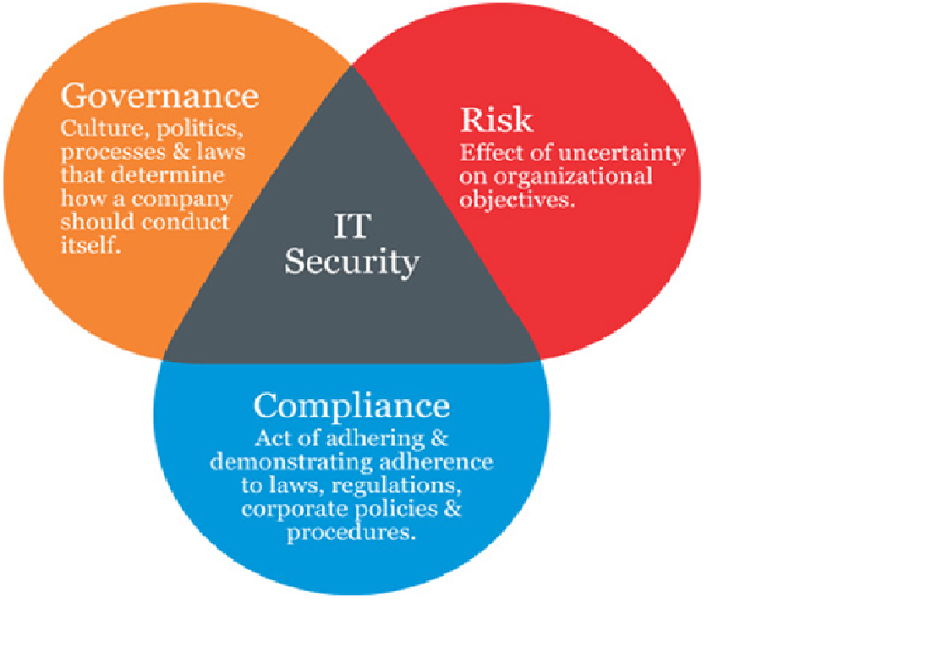 When companies are generating petabytes of data and exabytes of information on a daily basis, protecting this data and managing information risk can be a paralyzing challenge. By embracing big data, many leading organisations have seen significant benefits of data-driven GRC approach. However, technology is constantly evolving to provide comprehensive solutions to the major big data issues faced by the organisations. This is exactly the most promising next-trillion opportunity which makes info-sec GRC an ever-evolving segment.

Gartner’s 2017 version of the Hype Cycle for Emerging Technologies which is designed to help CIOs and IT leaders respond to the opportunities and threats affecting their businesses, take the lead in technology-enabled business innovations and help their organisations define an effective digital business strategy. The three distinct megatrends that will enable businesses to survive and thrive in the digital economy over the next five to ten years include blockchain, IoT, ML/AI (deep learning). 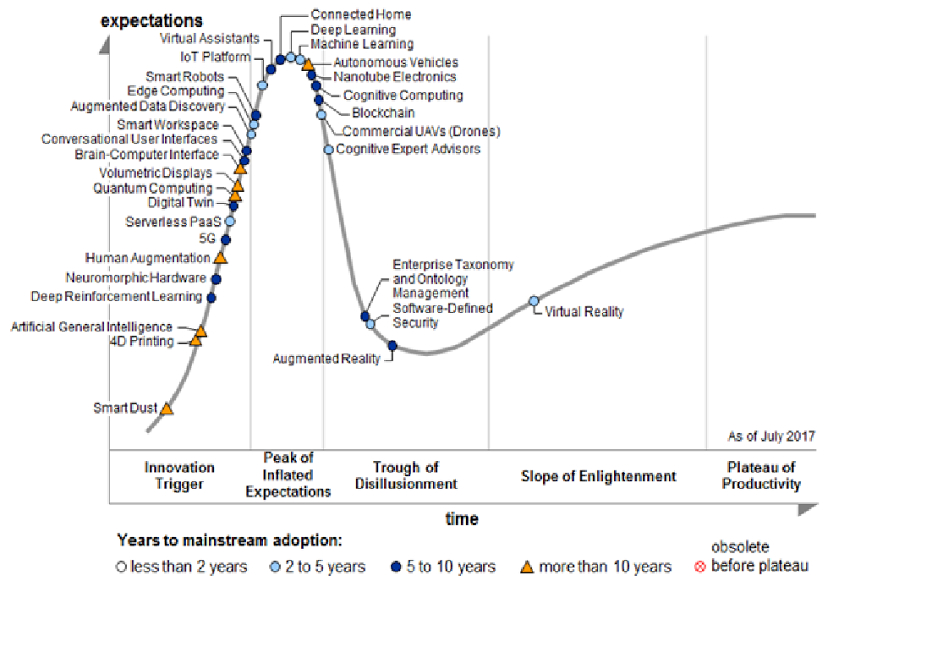 Andrew Ng, a Stanford Scientist says, “AI is the next Electricity” and in another report titled “Big Ideas of 2017” Catherine Wood, CEO of ARK Investments said, “Deep learning itself could be worth 35 Amazons” (approach $17 Tn market cap). Areas impacted by AI currently are IT, web search and advertising. New sectors ripe for AI impact are fintech, logistics, health care, security and transportation.

“Just as electricity transformed almost everything 100 years ago, today I actually have a hard time thinking of an industry that I don’t think AI will transform in the next several years,” Ng says.

Blockchain-enabled cryptocurrencies, such as Ethereum, Bitcoins and 700 other crypto-assets are speculatively spectacular. Bitcoin alone has a market valuation in excess of $40Bn. In a recent Twitter poll, cryptocurrencies are speculated to exceed $10 Tn market valuations in next 10 years. This cryptocurrency application is just one of the permission-less systems (without endorsements from any central control) which uses blockchain technology, the biggest innovation in computer science—the idea of a distributed database where trust is established through mass collaboration and clever code rather than through a powerful institution that does the authentication and the settlement.

Finally, the next big thing is a platform correctly poised on the 2017 hype cycle. “Internet of Things Market to Reach $1.7 Tn by 2020:” IDC predicted this in 2014-15 itself. Of all the technology trends that are taking place right now, perhaps the biggest one is the Internet of Things; it is the one that’s going to give us the most headway as well as the opportunity over the next 5-10 years.

A popular IoT forecast by Dave Evans, a former-CISCO engineer is, that by 2020, 50 Bn devices will be connected. Whether or not the forecast will hold true, currently close to 9 Bn devices are already hooked and there are more and more connected devices today than five or 10 years ago, even if they’re being connected at a slightly slower rate. “As the next 10 billion IoT devices come online, the industry will face some formidable challenges, such as ensuring the security of its devices, powering billions of sensors, and handling all the resulting e-waste.” Despite those issues, Evans is not bashful about anticipating an even bigger future.

TiE-ISB Connect 2017 will focus on embarking the next wave of wealth creation in India. The stellar list of distinguished speakers from illustrious backgrounds will throw insights on where the big opportunities are brewing and how entrepreneurs can co-create business models to go after and thrive in the next trillion dollar economy being created.