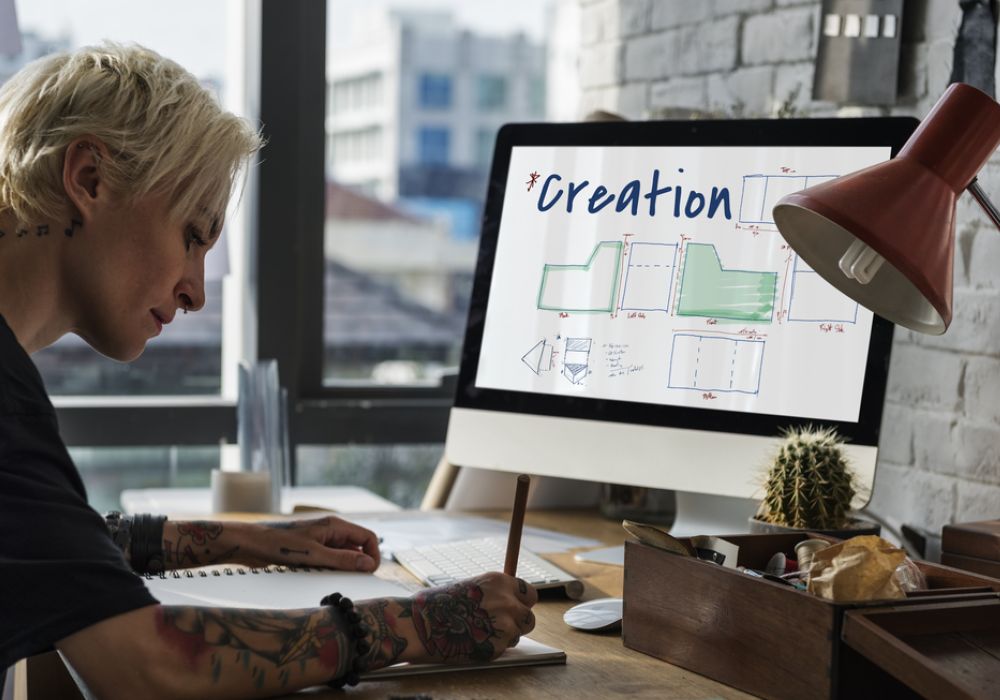 Anyone can be creative, but a select few create things so original that we have to take a moment to pause. In this article, I want to bring to your attention a few influential female designers that are making waves in the industry. Beyond designing amazing things, they’re also connecting their communities and using their design skills to further causes they believe in.

From seasoned designers to up and comers, this list will highlight nine female designers who should be on your radar.

Do you love art? How about food? Did you answer yes to both? Great! Because Danielle Evans puts them together in a combination you never knew your life was missing. Her work goes beyond lettering with food and incorporates numerous different materials, like shaving cream, shoe laces, and flower petals. There are seriously no limits to her creative abilities and I had never seen anything like it before.

Below you can see one of her designs and I’m sure you’ve never been quite as mesmerised by kitty litter. Yes, you read that right. She found a way to make the least fun part of owning a cat beautiful. I’m looking forward to seeing where her innovative perspective on lettering will take her next. 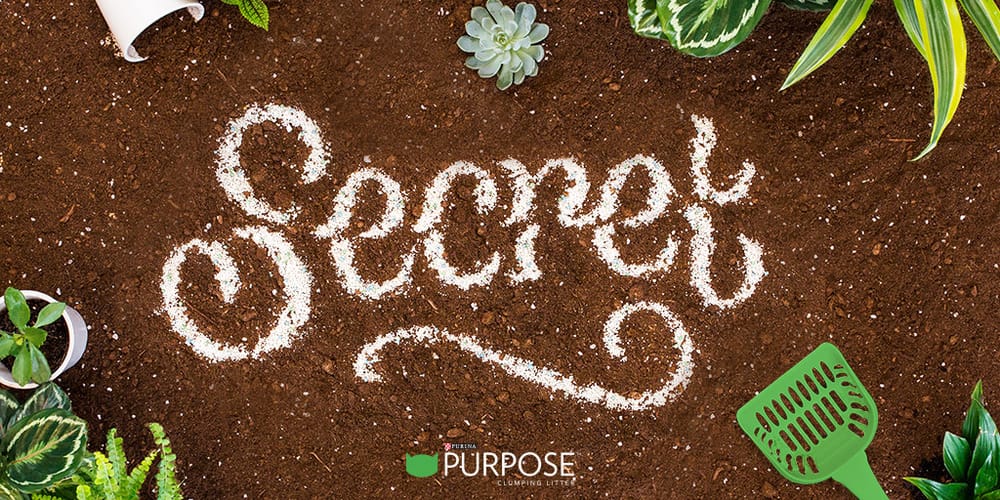 How sleek can one designer be? Jennet Liaw is pushing the boundaries on this one. She’s usually working on apparel graphic design at Nike, but in her spare time, she can also be found designing away on murals, lettering campaigns, and beyond.

Her work packs a punch with tonnes of attitude and has a way of always coming off as forward thinking. I’m not the only one on her side, as Brit + Co named her one of the must-follow typographers. So, if you haven’t already, do yourself a favour and check out her Instagram for a daily dose of typography goals. 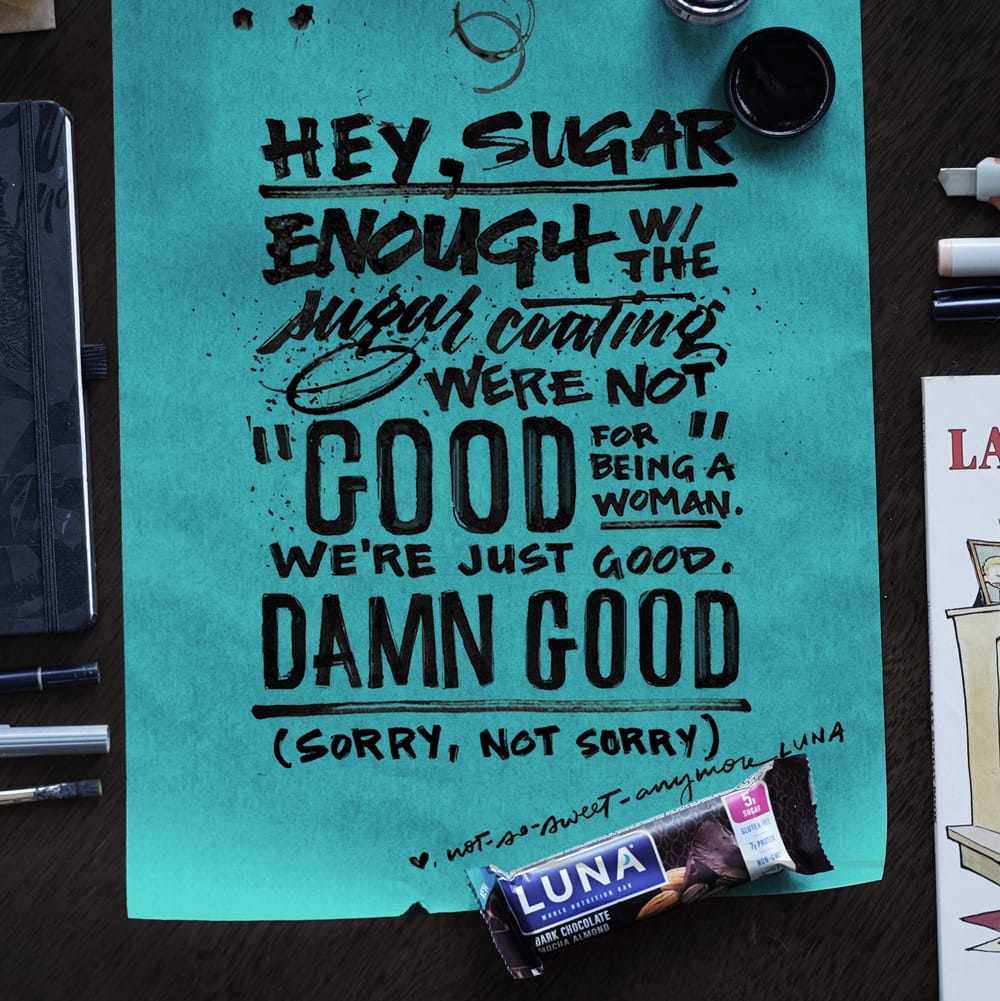 Andrea Pippins is an artist and illustrator who combines art and education like no one else. She got her BFA in graphic design, as well as an MFA. While she’s often in the classroom passing on her design expertise to design students, lately this influential female designer has been gracing the world with her illustrations. Her design efforts have been fruitful, as she’s the author of two books.

The first, a beautifully intricate adult colouring book that salutes numerous hairstyles, is aptly titled I Love My Hair. The second, Becoming Me, is a colouring book for young women to help foster their creativity. Her illustrations are so complex and any students who have had her as their teacher should count themselves lucky. 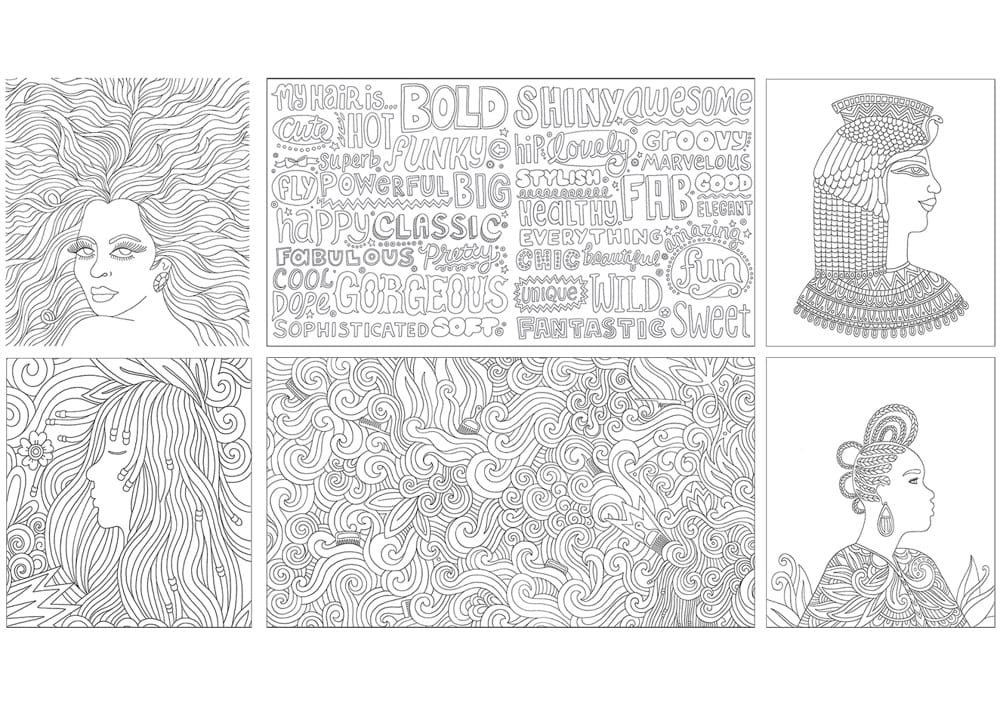 Vicki Turner hails from the UK and combines her illustration skills with her interest in nature. It’s immediately apparent in her colourful pieces that they celebrate natural beauty and even sometimes the ways we can protect our environment. She also founded and participates in Feist Forest, an artist collective that brings together designers and inspires them to create sustainably. From browsing her work you’ll see that she often incorporates oval shapes into her designs. Also, the landscapes, animals, and humanity in her art emanate an understanding of the interconnectedness of the natural world. If you love nature, then be sure to check out the work of this influential female designer. 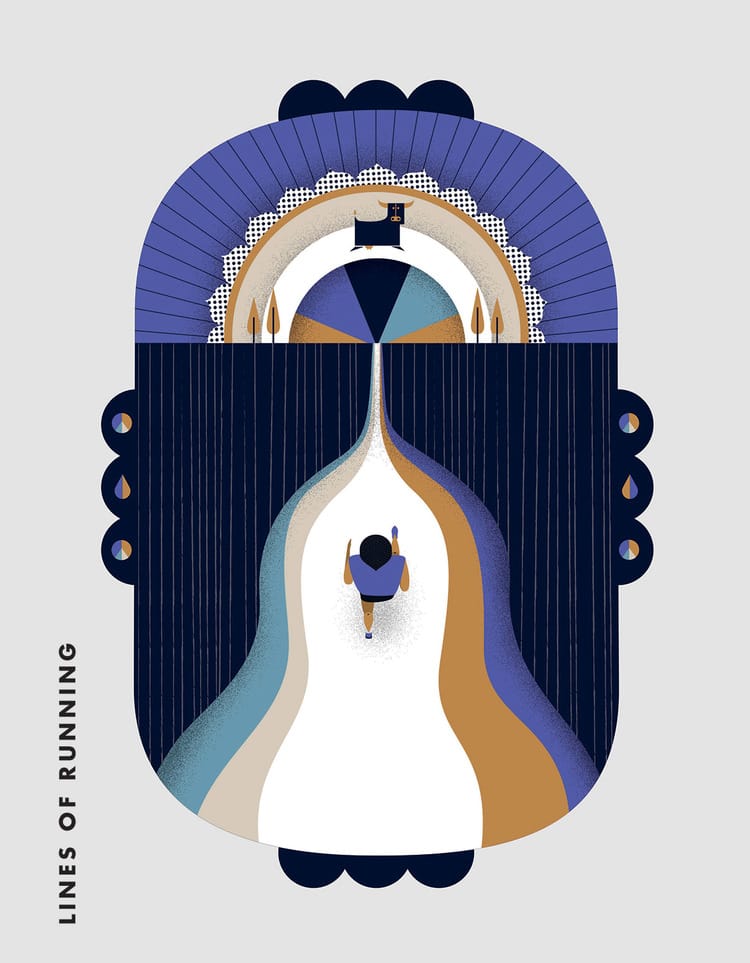 Cristina Martinez is a graphic designer and lettering artist extraordinaire in Madison, Wisconsin. She got her BA in studio art and put it to good use when she started her freelance design career in 2013. She works with a wide range of companies to provide hand lettering, product styling, brand development, and more. Her Instagram is full of inspiration for budding and seasoned designers alike.

The warm hues, natural landscapes, furry friends, and of course lovely lettering, could get anyone to start thinking of ideas their next design project. While she’s only been in the design game for a few years, her lettering work is not to be missed. She’s sure to make contributions as an influential female designer for decades to come. Helen Tran is a product designer leading the design team at Shopify in Toronto. But before that, she had quite the journey; starting out in documentary filmmaking, joining a branding agency, and starting her own photography company. But don’t get me wrong, she’s been there and done that, having designed websites for the past 15 years. Her design work spanning a few months at the Jet Cooper user experience design agency led her to Shopify, when they acquired the design company in 2013.

She continues to inspire many with her work at Shopify and even her own website. Tran’s Dribble profile chronicles her minimalist and colourful design journey. If you’re working on your own website, this influential female designer has a website that’s sure to give ideas to go from sketches to finished product. Jessica Hische figured out what she wanted to do and stuck to it. Her artistic abilities were encouraged by her family and she majored in graphic design in college. She started off freelancing for a Philadelphia studio and from there was able to switch gears with a good illustration reputation under her belt. She’s had the pleasure of working on countless lettering, type, and illustration projects for the likes of Wes Anderson and Penguin Books. Hische even traded in the East Coast (well, part-time) for the West and opened up a typography studio with Erik Marinovich, called Title Case. Their San Francisco studio offers workshops for teams and individuals to learn more about their love for lettering. It’s definitely worth a visit! 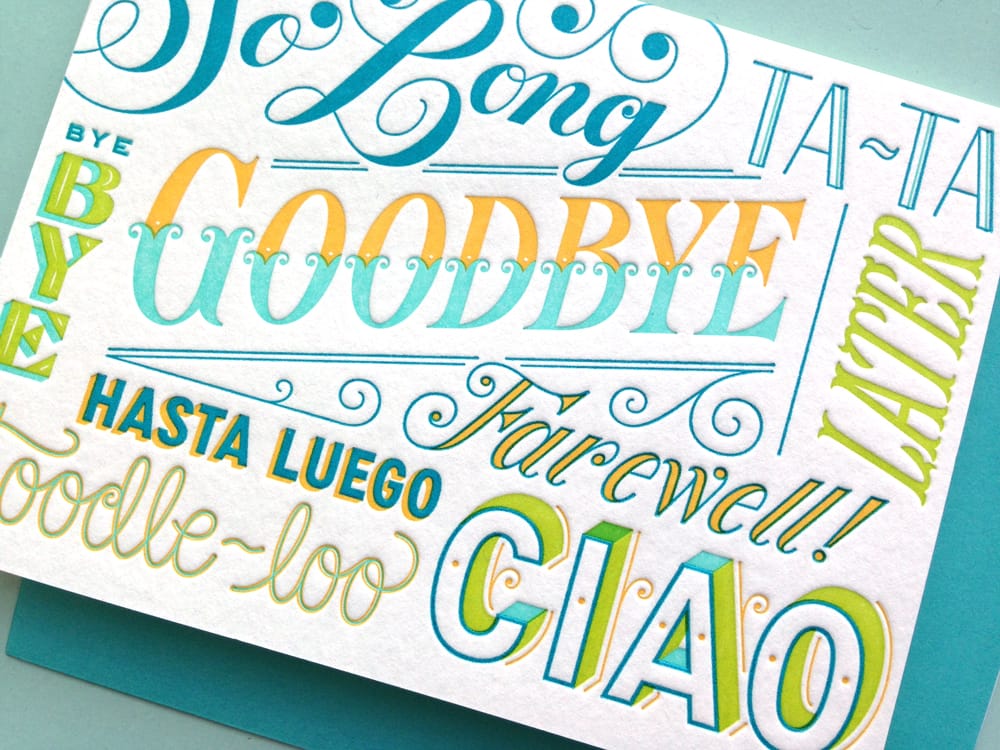 Dana Tanamachi’s career started with an unexpected bang. She was inspired to create a chalk drawing at a housewarming party in Brooklyn and it must have blown people away because it led to a career altering project at Google. So be sure to bring chalk to the next get together you go to! But in all seriousness, that was back in 2009. This influential female designer gave the world a design trend they didn’t know they needed: chalk lettering. Since then she has opened Tanamachi Studio and has had her design exclusives sold at Target.

Beyond that, she even wrote a book and launched a business selling prints and other beautifully designed gifts. The sky’s the limit for Tanamachi and I’m excited to see what she comes up with next. 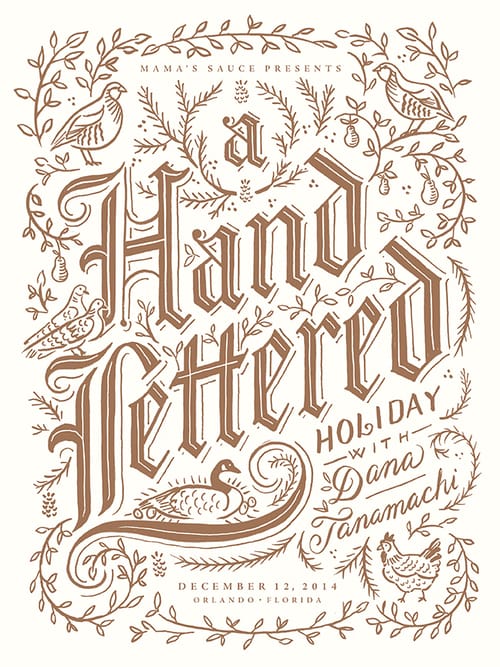 There are few people who can say they were made partner at a design firm at age 25 and Jessica Walsh is one of them. Another thing that makes her a wonderful anomaly is that she was offered a design job at Apple and declined it when she was fresh out of college. While that might make you gasp, her gut feeling was arguably right. She got her BFA at RISD, interned, and worked at a magazine before her golden opportunity came knocking. Starting at Stefan Sagmeister’s firm solidified her unique style that blends photography, typography, painting, and digital media. Just two years after joining the design firm she was made partner (updated to Sagmeister & Walsh) and has continued to stun the design world with her striking and often trippy creations. 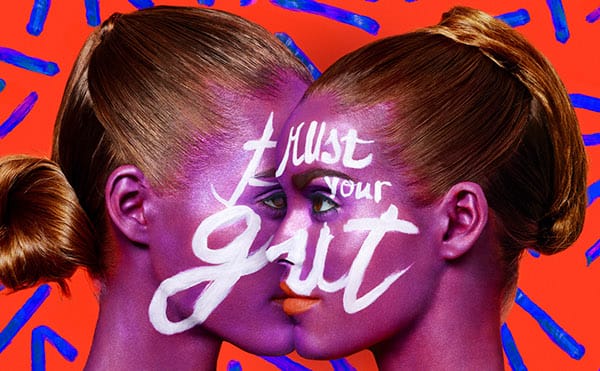 The influential female designers here have made an impact far beyond their niche. They give back by mentoring others and designing for causes they believe in. Whether they’re designing apps, products, websites, or magazine covers, they each bring their specific experience to the table along with their insatiable passion for creating.

Not Just Zomato & Swiggy But Ola, Uber Services To Pay GST On Behalf Of Driver-P...