Ideas could be Crazy yet become Successful!

Ideas could be Crazy yet become Successful! 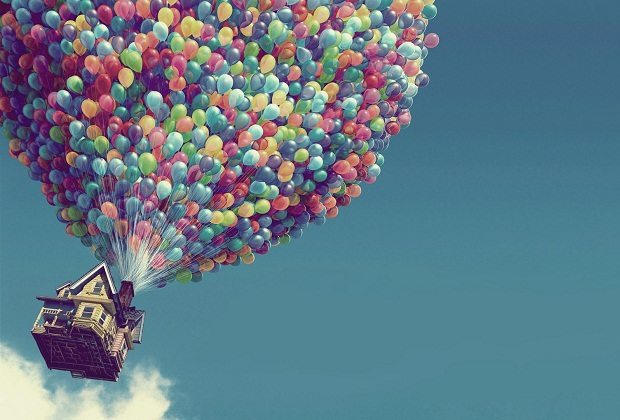 They called Galileo crazy for his theories; they also labeled Leonardo Da Vinci stupid for bringing ideas which they thought were impossible. But they proved people wrong; their stupid ideas of those times made this world what it is today. Every single theory that they worked on was ahead of its time, people criticized them but that didn’t limit their thinking. Many of the ideas are in developing phase and some have made a revolutionary breakthrough.  Several other scientists, persons, innovators gave the world its changing definitions which are the realities of the world today.

They showed that no idea is crazy yet it is at first assumed or tagged as crazy. Anything not known or yet to be discovered or yet to seen has an element of imagination. Such imaginations (read as dreams) are rejected by others.  It’s the sheer belief and faith in an idea makes it a reality and finally people accept it. It’s the passion which shows the true motive that drives the concept. People notice it, label it as madness and then with ray of reality, the same crazy ideas tarts creating vibrations. Once it is accepted, many call it “what’s a big deal , I thought same”. But ownership of idea is only when implemented or demonstrated in actions.

There is an always a saturation when status quo is maintained for long. People wants something new , better and different. The competition is tough and many crazy ideas prove to be radical or disruptive. Thus making a significant impact on the business dimensions and new rules of the game are created. Ideas that are crazy are actually ahead of time. They may not necessarily be big techie ideas, even small simple ideas which can fulfill the need can generate a great fortune. It’s about diversity in ideas that makes a good chance for Innovation. If a psychologist suggest an idea for marketing of mobile phones, it may sound crazy but finally that is what makes a new , fresh beginning in approach.

A more affordable alternative to the costly hotels at tourist places and giving the living population a source of income a 16 year old Ritesh Agarwal started a venture names Oravel on this crazy idea of converting houses into hotels. People  in India sharing home with strangers. Just crazy !

Founded by IIT Roorkee graduates Shubham and Anubhav brought a revolutionize concept of printing advertisement on student notebooks making it even more cheap for students. People are accepting it because finally these notebooks find a place with “raddi wala”.

Can you imagine a portal for animals? Sounds stupid. Now after all the online shopping portals for humans Rana, Vizal and Shalesh created a portal for pet lovers to share and discuss needs of dogs and even shop for them. Its Dogspot.in

We used to pull our hair clips out, bows and even scarfs and pin them up to our slippers. We liked how they looked on our slippers. That’s when we started putting our creativity to use. We wanted a random name that sounds funky, and Mink was what they could think of ! A concept where you can put and show your creativity on your footwear is another crazy idea which turned out to be is a successfully business with growing popularity by two B.com graduate girls from Chennai. Its Mink Footwear.

From coding software to selling panipuri’s, Prashant Kulkarni a software engineer has started a pani puri brand called “Gapagap”after a bad experience and falling prey to food poisoning with local street vendor. It’s crazy and challenging to convert and shift a street food like pani puri to bigger branded outlet. As much as people love to eat and enjoy this food on the street side this concept has changed the rules and turned the table to this crazy idea of Prashant’s.

There are numerous such examples where few individuals believed in their ideas. Others might have a called them as craziness or madness but yet such ideas have made it to successful ventures , they have compelled us to change our thinking or our perceptions. We don’t have to worry what others have to say but we if are convinced or we have reasons to believe, just give it a shot. At least make a honest and wholehearted attempt because finally it’s your idea and your idea deserves a chance !