How These 5 Brands Acquired Their First Customers

How These 5 Brands Acquired Their First Customers

First step is always the hardest and so are your premier sales. Becoming a brand that people trust and identify with is not easy either. And no brand is an exception here. Each one of them had to jump through hoops and holes to get to the stage they stand on today. Entrepreneurs often question themselves, “How should I get my first transaction done?” and the answers come in plenty, but none seems to satisfy them.

So, we decided to share first customer stories of some great ecommerce brands, and what strategies you can adopt from their inaugural sales.

#1 Flipkart: A Casual Comment That Led To Free Promotion

Bloggers love receiving comments on their posts, even if they are critical. They are a proof that their writing moved the reader to an extent that he/she said something about it in the comments section for the writer.

The same thing happened with Flipkart and its first customer. Sachin, being a tech-reader, left a comment on a blog with a link to his new business website, Flipkart.com.

The blogger, curious, browsed through the website and was left jubilant when he found the book that he had been looking for a long time in whole of Hyderabad. He placed the order since the website showed it to be in stock, when it really wasn’t.

Flipkart was running at the risk of losing their first customer, when they scouted every book store in Bangalore, and other major cities of India before finally spotting its last copy in a lesser known bookstore. The book, though not in a mint condition, was welcomed by the reader and that’s how the first transaction happened for Flipkart.

Lesson to learn: If you are starting up on a low-capital scale, then look for organic tactics that can fetch you (or your brand) personal attention from the potential customers for free or with microscopic investment.

Whenever a person starts a business, his first line of attack is his/her friends and family members. This is how Amazon acquired its first non-employee customer. The startup’s founding member was sending personal emails to everyone he knew updating them about the progress of his new venture saying, “go on, sign up, create an account there”.

One person took the risk and ordered a book on artificial intelligence from the virtual bookstore. Amazon later framed its first dollar by naming a building after their first customer’s name.

Lesson to learn: If you can attack your first line of trusted people, do not sideline them when looking for your first customers.

The founder of Threadless, Jack Nickell, was an active member of the illustrators’ community, Dreamless, when the website organized a t-shirt designing contest. Winners were announced but no t-shirts were manufactured. This left Nickell disheartened and with another community friend, he decided to run another t-shirt designing contest. The only exception was that this time actual t-shirts were manufactured on the winning designs and distributed amongst the winners.

The contest and its outcome got an overwhelming response from other members and before Jack himself could know, he was running a company inside a community. He, then, started a separate website, Threadless, and ran further contest on that. It didn’t took the company too much effort to attract its first customers. Lesson to learn: Become a part of a community and understand what makes the members tick. Once you have a hand on their pulse and know what they value, introduce them to your brand and start billing dollars!

#4 Wildfang: Get Celebrities To Endorse For Free

When you address your own pain points, you speak to and for a section of society that is facing a similar problem. Wildfang, a female fashion brand representing tomboy style, is something like that. The founders, when shopping for themselves, realized that they always bought from the men’s section, but due to a female-frame, never got the right fit. That’s when they decide to launch a brand that solved the problem of thousands of girls like themselves.

To give a boost to their brand’s positioning, the founder duo reached out to the celebrities who were considered and followed as a fashion icon by other tomboy girls. Finding something so unique and innovative, the celebrities endorsed their clothing line for free! 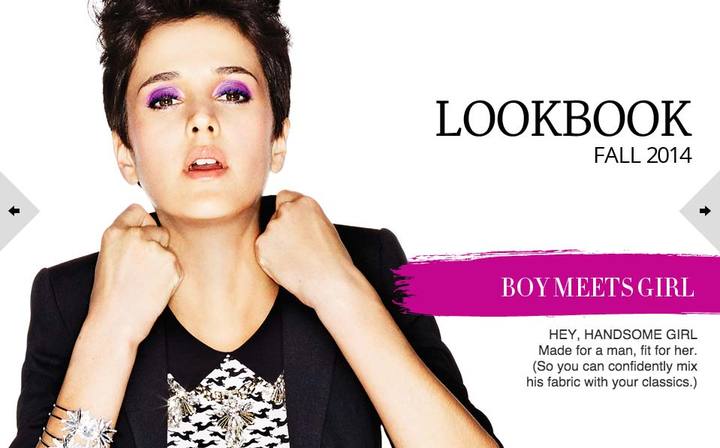 Lesson to learn: If you are offering something that is rarely available and has a huge market demand, then outreach to those whom people follow and identify with. Identity will fetch you your first customer.

#5 Ministry of Supply: Word of Mouth Through Crowdfunding

When three curious MIT grads felt a strong need of funds to support their new invention, performance dress shirts made from a blend of materials used to manufacture space suits and sportswear with cotton, they decided to ask from the crowd. Hence, began their Kickstarter campaign to support and promote their ATLAS shirts which boasted of qualities like perspiration, odor and wrinkle control. This made them ideal to worn as a business shirt. 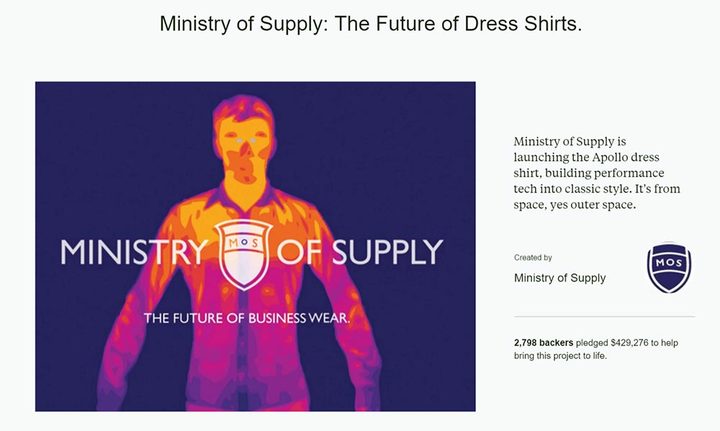 As the history tells, their innovative fabric and approach to clothing generated immense buzz in the media with Forbes and other big publications approaching them on their own, and their target goal being achieved in less than 5 days. When all was said and done, Ministry of Supply did not just have one first customer but a fleet of them!

Lesson to learn: Go for low-end tactics. Try to engage your target audience by letting them contribute a little in your endeavour to make them feel like a part of the revolution. Such word of mouth is no less than a wildfire.

We also came across some other companies who found their first customers through various media, for example,