How Income Share Agreements Are Transforming The Way We Work

How Income Share Agreements Are Transforming The Way We Work

At its most basic level, an ISA or Income Share Agreement is a contract between a student and an educational entity 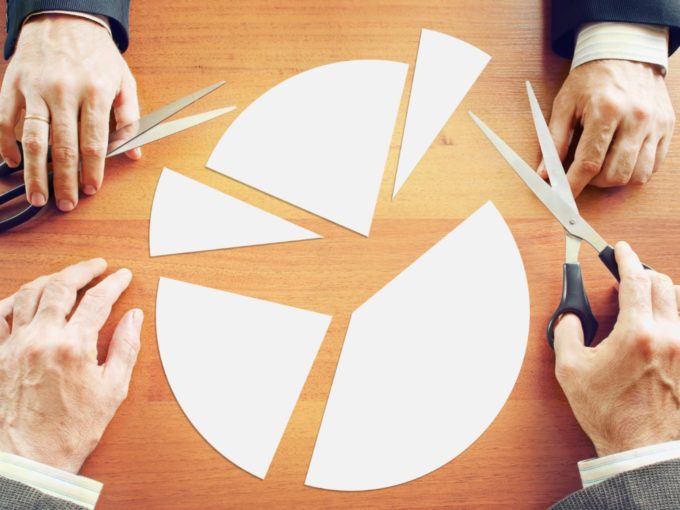 The concern over the rising cost of higher education continues to be a centre point of political and social-economical discussion all across the world and this has given rise to new alternatives like income share agreements.

With many young adults believing the traditional university is the only way to build a stable career and promising future, many feel as if they have no choice but to take out student loans to get ahead.

But the question remains, how much value does higher education actually provide? And more importantly, is it worth the cost?

1.6 Tn. That’s the current amount of student loan debt that Americans owe collectively, which according to some estimates is actually higher than the total amount of credit card debt held by American consumers. Of course, the rising costs of higher education don’t just affect those in the United States, “British college graduates, for example, are estimated to have an average loan debt of $55K, compared with an average of $20,000 five years earlier.”

Despite seeing incredible growth in educational infrastructure, the lack of state funding in India for higher education has led to the rise in private higher education which comes with a significantly higher price tag.

Cost of higher education aside, educational institutions around the globe struggle to keep up with the rapid transformation of how we work, learn, and utilize new tech. Of course, this isn’t to say going to University or taking out student loans is not the right course of action for many.

In fact, the data shows that for the vast majority of college graduates, going to college does, in fact, put you ahead. But given the costs of higher education continues to increase and put an immense amount of financial strain on young adults all around the world, it’s time to rethink how we fund education and build the future of work.

A new alternative to education funding is Income Share Agreements. Over the last several years, there has been an uptick in interest in exploring new ways to finance education that don’t involve traditional student loan debt. Many colleges, universities, as well as specialized education programs such as coding boot camps, for example, are experimenting with income-share agreements, otherwise known as ISA’s.

What exactly is an ISA?

At its most basic level, an ISA or Income Share Agreement is a contract between a student and an educational entity, such as a university or software engineering Bootcamp. The school or educational program, provides a service (such as classes, training, and course work), in exchange for a defined amount of that student’s income upon completion of the program.

For example, a university may offer access to four years of its undergraduate program, in exchange for 3% of the student’s income for 5-10 years. Typically Income Share Agreements, only take effect if the borrower is able to secure a job opportunity upon graduation that pays a minimum salary amount.

Most ISA’s have a max cap limit in which the borrower must payback. One of the major challenges of the current higher education system is that many graduates are coming out of school in significant debt but without a career that provides strong financial stability.

Going into student debt only to work at an entry-level job for the first several years after graduation can put graduates into a difficult spot financially. While the university used to do all but guarantee a stable job and income, today’s competitive work environment is making higher education more of a minimum bar of entry.

That isn’t to say you must go to college to build a thriving career, however many young adults see going down the traditional path of education as their only option moving forward. Income Share Agreements, in essence, can lessen the risk of the borrower’s investment. If upon graduating or completing a program, they do not make a certain amount of money, they typically do not have to pay a portion of their income.

On the other hand, if they graduate and begin a career with a relatively high salary, the Income Share Agreement lender is able to make a profitable return on investment. For those who have never heard of ISA’s the thought of anyone willing to give up a portion of their income can certainly seem daunting.

However, for the right individual, it can open doors that otherwise might be locked. Not every individual who desires to further their education or career has the ability to take out loans to fund their education, furthermore, many don’t want to risk the chance of not being able to pay their student loans after graduation.

Theoretically, income share agreements provide a “win-win” situation for both institutions providing the service or education, and the borrower.

Major Benefits Of The ISA

For example, if you join a university that caps your payment at 25,000, you could very feasibly have a six-figure a year job and reach the cap in just five to six years. Compared to traditional student loans that incur interest income share agreements will not grow as you pay your ‘debt’ down. You’re defined upon agreement will remain the same throughout the course of your ISA. Earning more will increase your payment, but your ISA will be paid off sooner.

Additionally, students who choose an ISA model to fund their learning ultimately lose nothing but time if things do not go as planned. They can walk away with a learning experience sans a large amount of debt. Given in most countries you can’t even declare your student loans through bankruptcy, going to college for two years and deciding it wasn’t for you is incredibly costly.

Challenges Of The ISA

For one, it currently lacks the regulatory structure that traditional federal loans provide. In some instances, lenders are using smoke and mirrors to trick students into a clearly less than satisfactory conditions.

That said, for the right person, income share agreements can be a welcome alternative to help transition careers, find new work, and learn marketable and valuable skills in today’s economy. Again despite the promise of ISA’s the reality is there needs to be more regulation and more clear terms.

Given individuals are legally giving up part of their income, it’s crucial that educational companies using ISA’s be transparent and upfront about what the agreement entails. Like other regulations in the finance industry, proponents of ISA’s should call for legitimate regulation so that borrows can make an informed decision based on their specific needs.

The goal of an ISA is to provide individuals with the opportunity to invest in their education in a different way than that is currently offered which is driven by accountability.