During the pandemic times, every manufacturer went to town claiming immunity benefits

In a situation where uncertainty and fear are widespread, it is vital that companies understand the seriousness of the situation and avoid misleading their customers with claims they know to be untrue

While companies should always aim to put the interests and health of their customers first, this tenet is even more vital in times of crisis 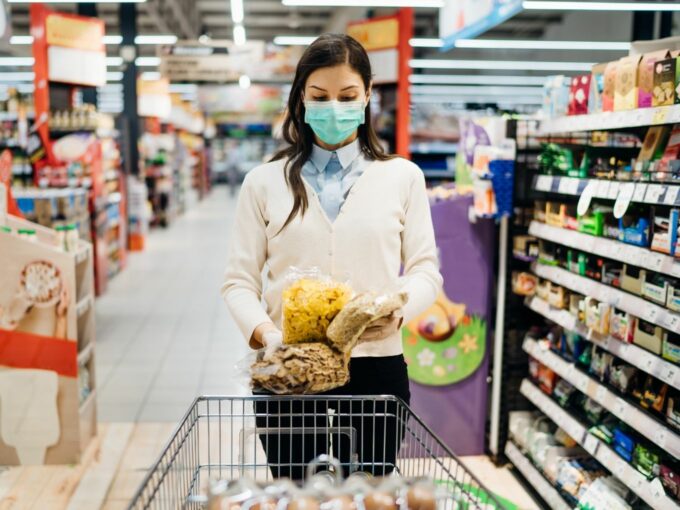 As anyone who’s ever created an email account will be only too happy to tell you, spam emails are the bane of the medium. Who among us hasn’t opened our inbox only to be greeted with a flood of emails promising us the world? Everything you could ever dream of – from the cure to hair loss to an exercise and diet free weight loss plan, and even the location of the Holy Grail itself – is just a click away.

‘He is 46, looks 25. Local man exposes a shocking anti-wrinkle secret. Dermatologists hate him’; ‘Scientist discovers a revolutionary method for building muscle mass and burning fat; find out more HERE’. On and on it goes, with each new claim more ludicrous than the last.

For the most part, they’re easy to spot and go straight into our trash bin (and if you’ve ever believed one of these emails, I’m a Nigerian prince and I have a castle to sell you). But the last decade has seen these schemes pushed aside by a far more insidious and wide-ranging scam – that of the supplement and health food business.

With global chronic and lifestyle diseases at the highest levels they’ve ever been in human history, people are becoming increasingly aware of the importance of looking after themselves.

Food manufacturers, unfortunately, have long been taking advantage of this desire to eat healthy, by marketing packaged food as nutritious & wholesome, when it might be anything but. And with the advent of the coronavirus, this situation has only gotten worse.

In the wake of the first lockdown announcement, the nation was thrown into a state of chaos. Panic buying ran rampant and store shelves were stripped bare, as everyone rushed to stock their pantries ahead of this unprecedented event. We basically bought whatever we could get our hands-on.

But it wasn’t just individuals that swung into action. With the nation in the grip of mass hysteria and interest levels in health and hygiene products at record highs, Big Food (and their cousin Pharma) went into overdrive too.

A new marketing narrative for old products was developed, one that tapped into our fears and heavily emphasised themes such as immunity ‘boosting’.

Suddenly, your same old protein bar developed ‘protein immunity powers’. And your same old cookie became ‘immunity boosting’. How? Because hey, it has nuts and nuts ‘boost’ immunity. And your same old, sugar-laden orange juice transformed into a ‘Immunity Shield’. Because hey, oranges have vitamin C which we all know helps Immunity! But did you know that if you’re not vit-c deficient to begin with, there is no study to prove that extra vit-c increases immunity?

Basically, every manufacturer went to town claiming immunity benefits. Dig a level deeper though, ask how exactly does immunity get ‘boosted’, and these claims fall flat.

What Is Immunity? And How Does It Get Built?

Here’s a fact. Our Immune system is a complex web of organs and tissues and cells that works 24/7 to protect us from pathogens. There is no one food or supplement that can ‘boost’ Immunity.

But nutritious food, coupled with 8 hours of sleep, 30 mins of exercise and chronic-stress management, can help keep our defences up. Over time, it’s a combination of these 4 things that builds Immunity (there’s nothing called ‘boosting’)

Hence, trying to sell a single food item as the ‘silver-bullet’ for ‘immunity-boosting’ is misleading at best and can be downright harmful at worst.

In a situation where uncertainty and fear are widespread, it is vital that companies understand the seriousness of the situation and avoid misleading their customers with claims they know to be untrue.

Instead, brands should respect their consumers by adopting a policy of honesty and transparency. Educating consumers about the role of food & nutrition in the larger immunity-building effort, is the need of the hour. Not exploiting their fears to sell old wine in a new, immunity boosting bottle.

A Period Of Responsibility

Thankfully, even the regulators are waking up to this reality. The  Ministry of Consumer Affairs is currently preparing a code of conduct for brands and advertisers, setting guidelines for them for the first time in India. Although this move wasn’t prompted by the current situation it couldn’t have come at a better time, and is aimed at curbing unfair trade practices – the foremost of which are the many misleading claims companies are making of their products.

While companies should always aim to put the interests and health of their customers first, this tenet is even more vital in times of crisis. It’s consumers that allow a business to grow and flourish, and they deserve better than to be fed misleading claims – especially when they have to do with health and well-being.

Although devastating in its impact, the Covid-19 pandemic has also offered the fields of FMCG, pharma, and healthcare an opportunity to act as beacons of information. By focusing on responsibility, education, and authenticity, these sectors can emerge from this crisis more grounded than ever before – and that might prove to be the Grail we’ve been seeking all along.