Everything Electric: Achieving An All Electric Future In The Next 5-10 Years

Everything Electric: Achieving An All Electric Future In The Next 5-10 Years

Exposure to unhealthy air has brought down life expectancy in India by 2.6 yrs

Norway has successfully managed to usher the all-electric transition 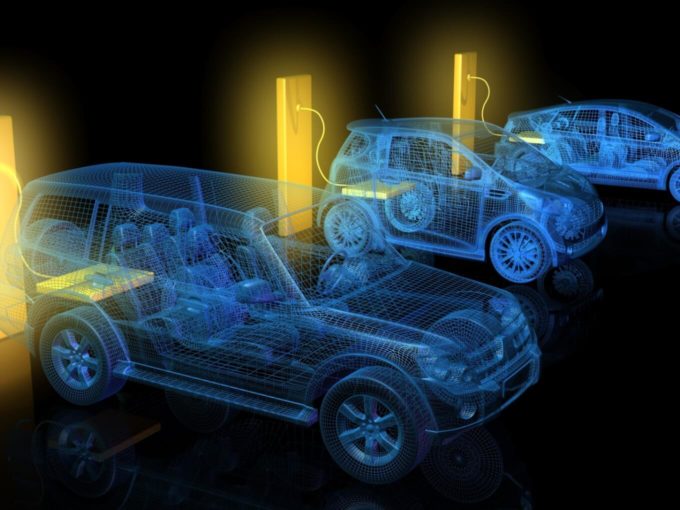 As the global energy crisis deepens and the diabolical shift in world climate stares at us, full in the face, switching to cleaner, greener and renewable sources of energy is the most imperative need of the hour. Therefore concerned lobbies around the world are championing for a major shift from fuel and gas to exclusively electric technology.

The electric vehicle (EV) technology is a step in the same direction as it is the emissions from conventional vehicles that run essentially on fossil fuels for operation are one of the leading causes of the energy and climate change conundrum.

A Greenpeace report shows that a shocking 22 out of the world’s 30 most air-polluted cities are in India. As per a report released by the environment organisation Centre for Science and Environment (CSE), air pollution is now the third-highest cause of death among all health risks ranking in India.

Exposure to unhealthy air has brought down life expectancy in India by 2.6 yrs.

Since such a massive change from traditional modes of technology to the new and unconventional ones cannot be shepherded by individual entities alone, this responsibility of ushering such a transformation falls on the shoulders of governments around the world.

Some governments offer several impetuses to further a general public adoption of the EV technology seeking to cut down on the air pollution and oil consumption figures by either offsetting the cost of purchase by an added grant, or by the lowering of certain taxes and even exemption from a few.

Looking from the global perspective, only a few countries like Norway have successfully managed to usher the all-electric transition as about 60% of the cars sold during the March of 2019 were purely electric.

The manifestation of such a change was attributed to certain key economic factors and not just the environmental reasons alone as the government of Norway acting out of practical wisdom made EVs much more affordable than the conventional fuel-run ICEs (Internal Combustible Engine). This obviously led to a stark increase in the demand for EVs as in a period of merely five years, the EVs sales rose significantly from 5.5% to 31.2%.

Even the People’s republic of China has been a vigorous advocate for an all-electric transition of transport and other associated technologies by developing policies that seek to ameliorate the EV scene while issuing a favourable and cost-effective policy. We as neighbours look to gain much by taking a step in the same direction.

This year the finance minister of India issued a multiplicity of attractive incentives in the economic budget with the aim of popularizing the use of EVs and bringing about an all-electric transition. The incentives included a reduction in the income tax on the loan for EVs, a decrease in the import duty of certain key components, a reduction in the GST rate on EVs from 12% to 5% and from 18% to 5% on EV chargers.

The government think tank the Niti Aayog has firmly called for a nationwide all-electric three-wheeler adoption by 2023 and the two-wheeler segment by 2025.

The future of transportation and general mobility is essentially electric and the recently developed battery swapping technology will pave the way forward. Battery swapping not only reduces the waiting period for charging but also brings down the cost of two and three-wheelers as the vehicle is now sold sans the battery (the battery itself accruing to about 40% of the total cost of EVs).

The battery swapping technology essentially depends on the ability to anticipate, administer and amplify the life of the Li-Ion (Lithium Ion) battery which is the nucleus of the EV technology and the all-electric transition.

The state government of Tamil Nadu too has made a laudable proposal of 100% Road Tax exemption on electric cars until 2022, a move that is sure to boost the switch from ICEs to EVs. The present overall cost of Lithium-ion batteries, the seminal and key component of an electric vehicle too has witnessed a drastic four-fifth reduction since 2010.

EV production units have realised the need for next-generation technology and cutting edge solutions to speedily stimulate the electric mobility transition. Besides electric cars and hybrid saloons, e-cycles, e-scooters and grid-scale batteries are also acquiring impetuous steam in lieu of the Indian context.

The Lithium-ion battery system which is the centermost and intrinsic element of this global electrical transition, unfortunately, have a limited shelf life. Therefore the need to optimise these for higher scalability and sustainability is most imperative. Thus it becomes critical to analyse and keep in mind the various internal and external factors that impact the battery life.

A battery management system (BMS) or the brain of the battery comes chiefly into play here as it accurately estimates the essential stats of the battery with the help of collected data, current capacity, usage patterns, and SoH (state of health) algorithms to predict the battery’s lifespan and all-round functioning based on the past data.

This calls for better and advanced versions of the Lithium-ion configuration in the battery with a special focus directed on the second life of batteries, battery recycling and repurposing through accurate estimation and identification of battery life.

Role Of AI And Data Analytics

The global electric transition as discussed before depends chiefly on Lithium-ion batteries while these batteries or energy storage units rely on data, the buzzword of the modern age. The battery data is most crucial to the EV and energy storage space providers for fleet optimizing, swift deployment, higher uptime and improved overall life of the battery which accounts to more than 45% cost of an EV.

Thus by a synchronised synthesis of battery domain knowledge alongside the technological advances in the field of data analytics, simulations and machine learning, one can ensure the maximum optimization of the li-ion batteries which in turn helps in accelerating the traditional modes of mobility and associated businesses into an all-electric future.

Data sciences, AI and the internet of things (IoT) are seemingly revolutionising the EV sector as of now and are responsible for laying the groundwork towards an all-electric transition in the near future. The battery data that is derived through the assemblage of these technologies helps garner valuable insights that are seminal to the determination and improvement of battery life and performance.

This not only decreases the overall user cost but also reduces the overall planetary dependence on fossil fuels for a plethora of energy needs.

Machine learning and AI are assisting EVs and ESS purveyors in recognizing patterns and conditions while forecasting battery life decay. These technologies impart prognostic readings and potential signs of warning while also sending over-the-air updates to the stakeholders of energy, which results in a remarkable reduction in the overhead costs.

To conclude, one arrives at a conjecture that strategically beneficial government policies, the advancement of renewable energy sources, greater affordability, innovation in electronics, energy storage and battery technology will assay a vital role in ushering a swift transition from a fuel-based system to an exclusively all-electric dimension i.e. everything electric.