Over the years, the definition of culture has yielded a symbiotic evolutionary relationship between the system and the beliefs

In an organization, contracts are the weakest, followed by incentives, and cultural awareness is the strongest with unlimited options 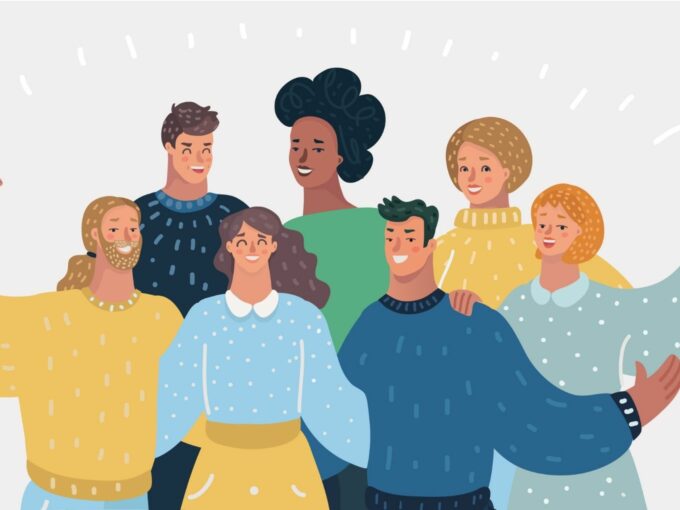 Did you know that the definition of culture has actually expounded the relationship between economic incentives, legal contracts, and cultural consciousness?

Over the years, the definition of culture has yielded a symbiotic evolutionary relationship between the system and the beliefs. To us, “Culture is all previous beliefs and systems that are passed down to the present and restrict the set of options available to people in the present.” This moulds economic incentives, legal contracts and cultural consciousness into the system, the options and the beliefs respectively.

From another perspective, the three are the different latitudes of the macro, meso and micro. Culture considers the grand narrative as the ultimate question. The two sides of motivation determine that the utility arrow can go up or down. The legal contract is the bottom line, and the options are limited. In an organization, contracts are the weakest, followed by incentives, and cultural awareness is the strongest with unlimited options.

However, the importance of culture can be determined by considering it as a competition.

The Three Categories Of Companies

If culture were a contest, we could rank the companies in three categories:

What brands often forget is that only when they have culture in the core, they are actually marketing. Otherwise, it is plain hypocrisy!

There are many brands who have established themselves as culture itself. For example, Apple is known for its innovation. Similarly, Elon Musk and Tesla are celebrated for New People and Environment respectively.

When we go to the basics of marketing strategy, there is a push and pull concept. Culture allows brands to attract consumers. It links the value propagation of brands and people. In simple words, with culture, you pull and without it, you push your consumer away. Marketing without culture is just Brands trying to control people.

Let’s bring an example. Every corporation has five stakeholders, and each stakeholder has a different task allowing a regular difference of interest. As the CEO, how do you keep the company together? This is where culture steps in, a mission, bigger than the corporate ecosystem.

Adam Smith talks about Corporate Culture from a very human point of view by emphasising on empathy. Everyone has empathy but the benefit of it is only given to the people we love. This is a basic human fact but how does this empathy make corporate the largest charity? Corporate Culture allows you to care about strangers (your employees) and hundreds of them. This human empathy in a corporate becomes the promotion of culture.

ESG are the three central factors in measuring the sustainability and societal impact of an investment in a company or business. As a company, you naturally have a big social impact. Even for smaller businesses and startups, in order to assess a company based on environmental, social, and governance (ESG) criteria, investors look at a broad range of behaviours. What are you promoting?

The answer is culture. You promote culture.

Culture creates a harmonious ecosystem for the company and sends a positive message across its consumers and investors. In marketing, good results are a product of doing the right thing, building a connection with the consumer and sending the right communication.  ESG manifests your purpose, from where you depart to what destination are you headed to. And the combination of three, environmental, social, and corporate governance, is the cultural value for it.

Culture is not only marked by high degrees of technological penetration but also allows technology to be celebrated as the solution to most problems. In cultural technology, cultural praxis and expression are centred on technology. Technology leads the overarching value that sets the agenda for all spheres of culture in a society.

During technology development and globalisation, many companies evolved as cross-community. A simple example would be Google. While browsing on Google, do you ever think whether it is American or Indian? No. The tech company, like many others, has emerged as a cross-community correspondence, building a bigger culture to connect.

For humans, in their marital, societal and moral life, only cultural may be at the intersection to create a balance of inner and outer self. This is also the driving force for NGOs standing as the one-stop solution for CSR such as Think Culture Foundation. They explore the options of enterprises at the highest latitude creating Corporate Social Value (CSV), Social Innovation and Corporate Social Responsibility (CSR).

It is very important for enterprises and individuals in the background of digitalization, technology and information to discuss this issue clearly. With this foundation, we need to discuss interests, laws, and culture, or what have we lost? An enterprise is composed of people, and people are bounded rational and infinitely emotional.

This should be the basis for companies to lead others in the right direction and get benefit from and for the consumers. After all, humanity represents culture, and culture must remain the nucleus of marketing in the ear of technology and information.