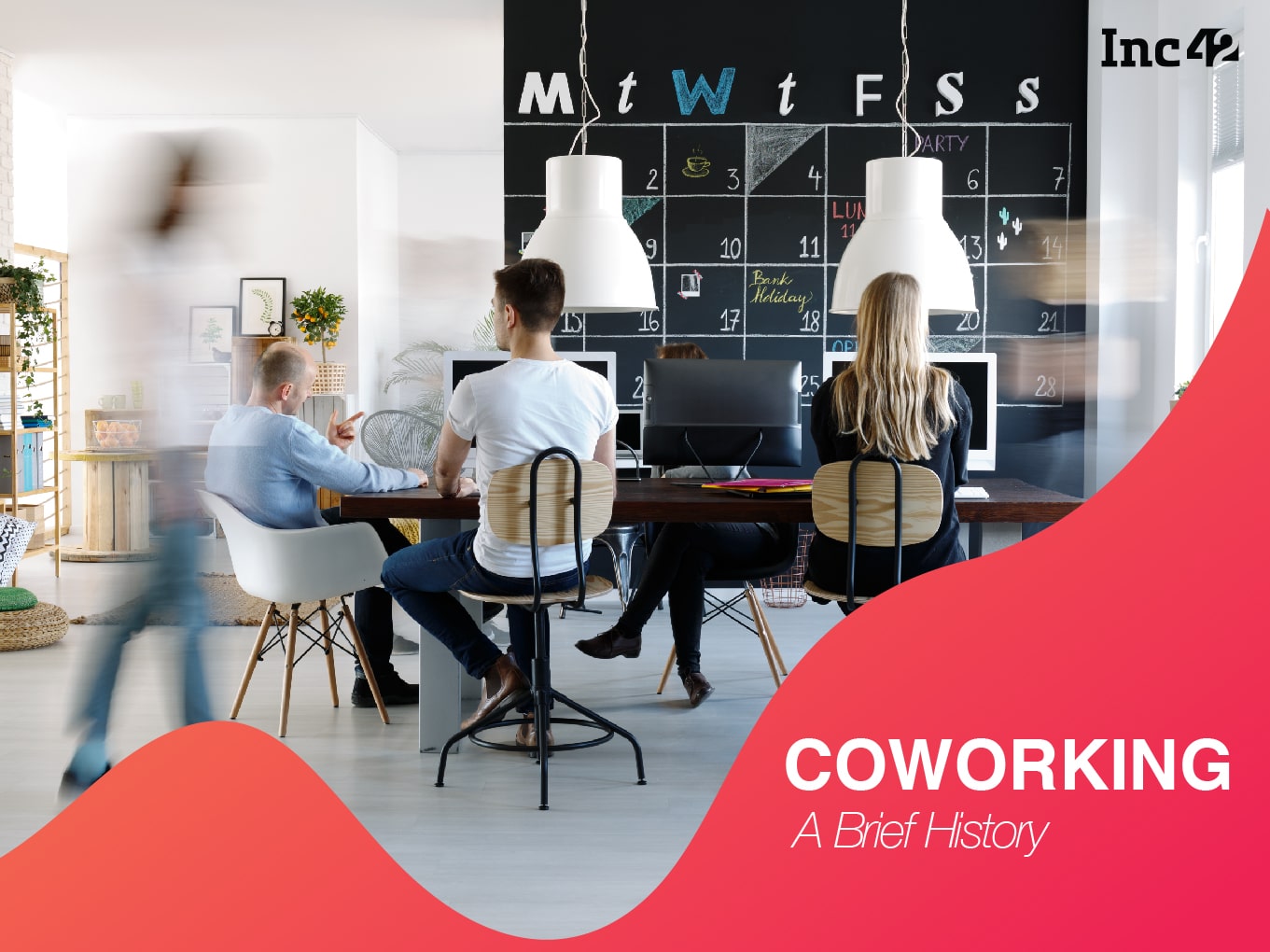 Currently, there are over 15,000 known coworking spaces across the world

Coworking has made starting up super easy and possible

It provides safe ground to try something new

The concept of coworking has existed for as long as we have. If you think about it, people inherently like to gather. Once they gather, they feel safe, and once they feel safe, they share. So, it’s a no-brainer why coworking is so successful — it just follows human behaviour.

Many credit the invention of coworking as we know it today to Silicon Valley techies who worked out of garages and basements (Steve Jobs and Steve Wozniak being prime examples) so they could split every expense. The first coworking space that advertised itself emerged in San Francisco in 2005 and, since then, their numbers have skyrocketed. In 2007, Institute for the Future (IFTF), a Silicon Valley-based think-tank, described co-working as one of the biggest trends to watch out for in the next decade.

There weren’t many options available for companies/individuals up until a decade ago. People had to set up their own office — and the expenses and efforts required to get the office up and running were staggeringly high. You’d have to predict your three-year needs, find an office space, pay a hefty brokerage, pay a deposit, spend on its interiors, put in the capex, find people to manage the administration and all of that.

You would basically spend the first five months of your business just setting up the office. So, it’s fair to say that by the time you’d have started doing any kind of sensible work, a good six to eight months would’ve gone by. So, for starters, coworking has helped entrepreneurs bypass that entire shebang and have eight months of productivity straight in their pocket.

The ability to step into an environment where people are collectively working towards growing their businesses, and the ability to get work done from day zero, while getting all the support you need, meeting the right kind of people, and reaping the benefits of being a part of a larger community is where coworking has really gotten people’s undivided attention.

How Coworking Spaces Have Evolved

Coworking is no longer a ‘startup fad’. It has been welcomed with open arms by businesses of all sizes — from new corporates like Paytm and Zomato to giants such as Microsoft and Twitter.

This kind of rapid shift in mentality, which is not generally synonymous with larger organisations, primarily stems from the undeniable benefits of coworking that even the corporates aren’t able to ignore. More obvious benefits, other than the lower costs and elimination of the administrative layer, is the ability to function faster and with more efficiency.

Coworking, as an industry has evolved to a point where it’s gone into different niches and each one, is very useful to its own clientele and that’s been one big evolution from an industry perspective. The coworking industry provides a wide range of choices one can pick from:

Coworking has most certainly evolved in more ways than one over the years. But what’s even more exciting is what lies ahead for the industry, as things are only just about getting started.

Why Is Coworking Such A Rage?

Silicon Valley is considered the epitome of the startup world. If one digs deeper to find out what’s special there, it boils down to the fact that mentors, innovators, strategists, and plain doers are so abundantly available in one location that it has become a melting pot of collaborations, innovations, and magic. Think of co-working spaces as the mini version of exactly that. Except that they’re available (almost) everywhere now — all you need to do is sign up.

Not only has coworking changed the way people work but it has also made starting up super easy and possible. For one, the stigma of talking about ‘starting up’ or ‘doing your business’ has been eliminated. Secondly, it allows for a safe ground to try something new and (sometimes) even ‘fail’ in the process.

This is partly because you socialise a lot more with like-minded people in a coworking space and also broaden your horizons by virtue of being part of events/workshops/talks on topics of such a wide variety.

Professional hierarchy hardly matters when a 25-year-old seasoned serial entrepreneur is working next to a 40-year-old who is nervously stepping on to the entrepreneurial boat for the first time.

In a world that is struggling with selfish agendas and demands for monetary compensation for every effort, community-centric coworking spaces not only develop a feeling of togetherness amidst fellow coworkers, but also help bring out the feeling of wanting to help each other unconditionally.

All of this has led to a massive cultural shift which makes entrepreneurs feel like they aren’t on a lonely journey, the fact that they know there are plenty others who’re going through the exact same thing is a feeling that is extremely reassuring.

No wonder coworking is expected to continue growing at a rapid pace over the next few years. According to Global Coworking Unconference Conference (GCUC)’s forecast, the number of global coworking spaces will grow from 14,411 in 2017 to just over 30,000 in 2022, at an average annual growth rate of 16.1%. The global number of members is expected grow even faster than the number of spaces — from 1.74 Mn in 2017 to 5.1 Mn in 2022.