How Covid Has Changed Fund Raising Landscape For Startups

How Covid Has Changed Fund Raising Landscape For Startups

Around 15% of Indian startups were forced to shut operations, a joint report by TiE Delhi and Zinnov

The lockdown period was slow for Indian venture capital, but by Q4 2020, investors were back to pre-pandemic levels

Historically, whenever there's been an economic crisis, it's been followed by a flight to quality 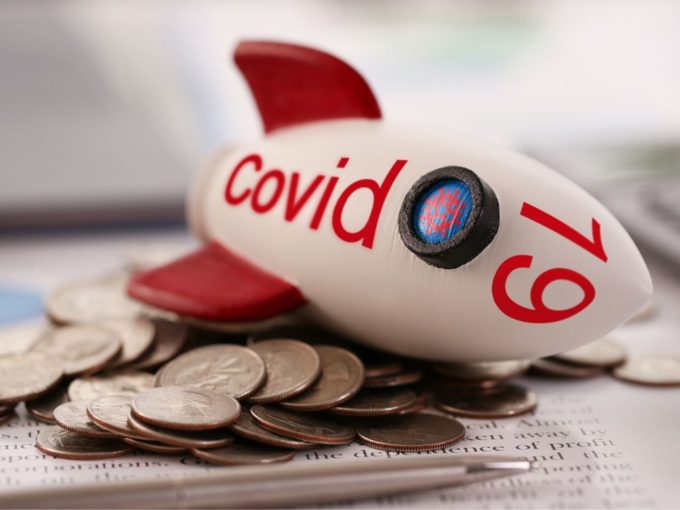 In a short few months this once in a lifetime pandemic turned the world on its head. It forced us to appreciate a lot of modern conveniences like travel we took for granted. The pandemic also rewrote our social contracts; social distancing was the new norm, restaurants became known as Petri dishes, and concepts like remote work and video conferencing that were unpopular amongst managers were accepted and celebrated as the new normal.

Like our upended social contracts, the startup ecosystem was also thrown in a tailspin and took a significant hit. According to a joint report by TiE Delhi and Zinnov, around 15% of Indian startups were forced to shut operations. Some promising startups were forced to regroup and pivot while other startups that were ready to call it a day were given a second lease of life.

This unprecedented situation brought with itself another layer of risk and complexity to the already uncertain startup ecosystem. In March when the pandemic was in its nascency, it was almost a foregone conclusion this pandemic meant “RIP good times”. So when we looked at the data, we were justifiably surprised.

The rate of capital deployed in private capital markets in 2020 was unchanged compared to 2019. In fact, we saw a marginal increase in the total dollars invested in seed-stage, late-stage and private equity funding. Early-stage (ex. seed) funding, was the only stage of financing that contracted compared to 2019. From an Indian perspective, there was a decrease in total funding and the number of rounds compared to last year (see figure 2).

The lockdown period was slow for Indian venture capital, but by Q4 2020, investors were back to pre-pandemic levels. So far investors have deployed $7.38 Billion in Q4 2020 compared to $7.01 Billion in Q4 2019 (source: Traxcn). When we looked deeper into the data, a few interesting variations emerged between funding patterns in 2020 and previous years.

First, despite the increase in the dollar funding, there was a significant decrease in the number of seed, early-stage and private equity rounds (see figure 3). Second, there was a shift in sector preferences. Sectors that were booming pre-COVID were dropped like hot potatoes while other traditionally sidelined sectors took their place. The reasoning behind this shift was again two-fold, A flight to quality and shifting consumer behaviour.

Historically, whenever there’s been an economic crisis, it’s been followed by a flight to quality. GPs have been looking at this crisis the same way and are trying to find relatively lower-risk investments. Investors have reduced this risk by allocating capital in high-quality startups.

The data backs this up with the median deal size being higher across all funding rounds in 2020 compared to 2019 (source: Traxcn). Reliance’s Jio, having raised 15 Billion over the past eight months, is a perfect example of this phenomenon.

2020 was the year of video conferencing as offline events, tradeshows and conferences were cancelled; virtual events platforms like Hopin and Airmeet raised relatively large and oversubscribed rounds. As schools and universities worldwide shifted to a Zoom first policy, existing edtech companies like Unacademy, Coursera, and BYJU’S took this opportunity to increase their market share and war chests. Additionally, the digitisation push also led to increased automation and tool platforms like Dukaan gain significant customer traction and investor buy-in.

Last year has been tumultuous, but the founders and teams have persevered despite the uncertainty. They pivoted their businesses, seized new opportunities, took hard decisions and proved that innovation is very much alive and kicking. We saw a tremendous turnaround from AirBnB, they took a substantial hit in the first half of the year but came out roaring with a Centi-Billion Market Capitalization post-IPO.

Closer to home, we saw Airmeet build a truly world-class product and attracting some serious investors. Despite the shock of 2020, it’s clear that investors have recalibrated their investment process to account for Covid-19’s uncertainty and have built the confidence to start funding at pre-pandemic levels.