Hindi-Chini Bye Bye: The Standoff, The Ban And The Massive Opportunity For Indian Startups

Hindi-Chini Bye Bye: The Standoff, The Ban And The Massive Opportunity For Indian Startups

In China, the race is over and winners have taken the podium

There has been a global reset and a rematch is announced, and there is a real opportunity for Indian startups 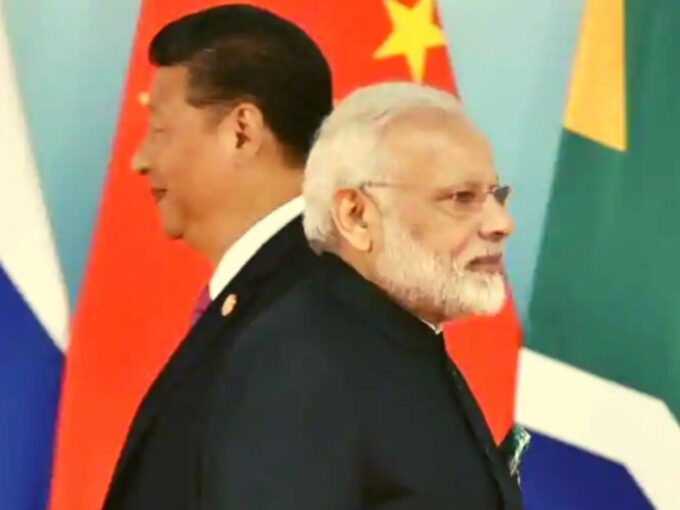 In May-2019, IAMAI took us on a delegation to Beijing, Hangzhou and Shanghai to meet with Chinese internet giants. We met one with a literal shark-tank in its lobby; another was in a hangar-sized office, slumbering engineers slouched over their desks in endless rows. And then there was Huawei, with a literal pastiche of European cities for its campus.

All ostentation and scale aside, what struck us each was the depth of information these companies had about Indian users, policy and markets. Our delegation consisted entirely of CXOs (and me, the lone banker) – who should have been jaded by this display. Instead, we were alarmed, and each took out our phones and notebooks, snapping and noting away furiously. We just didn’t have access to such data.

In China, the race is over and winners have taken the podium. Huawei dominates telecom equipment and smartphones, Alibaba and WeChat have carved ecommerce and payments amongst themselves, Didi owns ride-sharing and Baidu controls search. Every sector has a clear incumbent that is nearly impossible to displace.

This leaves little room at the top of the canopy for challengers, who are increasingly looking outwards, and India, with its billion-strong consumers and our rising spend is top on their lists. Several companies introduced themselves to us as an Indian company headquartered in China. This maxim has sired numerous, thriving Chinese business plans until come November when one man and a bat in Wuhan put it largely to pasture.

What Does This Mean For Startups In India?

There is good news and bad. To start with, the complete clearing of the canopy has left a lot of room for Indian challengers to grow and fill the space that Chinese incumbents were hitherto occupying. This is most visible with the number of TikTok replacements that have emerged, and gotten funded in the weeks since the announcement of the ban. Similar opportunities exist for all apps that have been banned – be it for file-sharing or for app installations.

The real potential though lies with hardware startups in India. If there is indeed a hard-coded rewiring of supply chains in India, there is a real possibility that challengers from India could fill the manufacturing gap that has long plagued us. This, though, is easier imagined than implemented, and several hurdles stand in the way.

While we are doubtless entering a phase of immense retrenchment, protectionism, and anti-globalism, current projections for the Chinese fallout are conservative. Besides felling some marquee giants (TikTok / Huawei) in the short term, unless there is a global backslide towards local manufacturing and sourcing, they will rebound. Most nations can ill-afford the additional costs of redrawing global supply chains on top of a century-defining, pandemic induced slowdown.

Jingoism and xenophobia aside, the Chinese outpost has served most developing nations well, and the pandemic, at best, represents an opportunity for regaining a balance of power that shifted over time.

The India impact is similar but more acute. While most developed nations went through their manufacturing maturity before turning to outsource, we have largely been subject to low-cost dumping that has stymied homegrown high tech manufacturing. We aren’t yet in a position where we can be entirely self-reliant. This is an opportunity, nevertheless, to graduate from an assembly based screw-driver economy, towards fundamental investment in hardware manufacturing and deep tech. We need early-stage investors pumping capital to create the Huaweis, DJIs and Baidus of India.

This is also the time to engineer reciprocity: we need to negotiate deeper access to Chinese consumers and capital markets. Chinese capital gains in India represent but a drop in the bucket thus far, largely a function of how few and early-stage these have been. But the headroom opportunity in India is immense. There are few economies that are projected to come out of the pandemic punching, and India will continue to serve as an attractive destination for capital.

Which is why, policymakers would do well to have this card up their sleeves in sit-downs with China, while concurrently ensuring that forex shocks don’t impose an additional charge on returns. We need a sleek private market infrastructure that induces a flight of capital to India. Simply shutting off the Chinese tap is likely to have limited impact in the long term, besides disproportionately harming those who took early bets here. On the other hand, Indian investments in China are virtually non-existent, and this needs to change.

Additionally: this is the time for us to invest deeply in our physical and market infrastructure to emerge as a world-class economy. India fell from the 35th to the 44th place in the World Bank’s Logistics Performance Index in 2018, scoring 3.18 / 5.

The good news is that post-crisis spending on infrastructure is a great economic stimulator, so the benefit of doing this would be dual. We also need a strong early and mid-stage investment infrastructure supported not just by VCs but a number of growth equity funds, that look at sectors beyond tech. MSMEs in India needs capital-rich investors eager to back them, and investment banks willing to guide them to that capital.

And finally, we need for jingoism to be left to athletes. It is not for good policymaking. The pandemic has served to arrest the progress of nations globally, and therefore, to put a pause in the exponential pace of progress we were up against. This is the time for India’s startups to put on their gloves and come out punching. There has been a global reset and a rematch is announced, and there is a real opportunity for Indian startups to advance quicker on their journey to prosperity.