90% don’t make it beyond the first two years

Continuous learning is no longer an option. Nor can founders delegate it to their teams 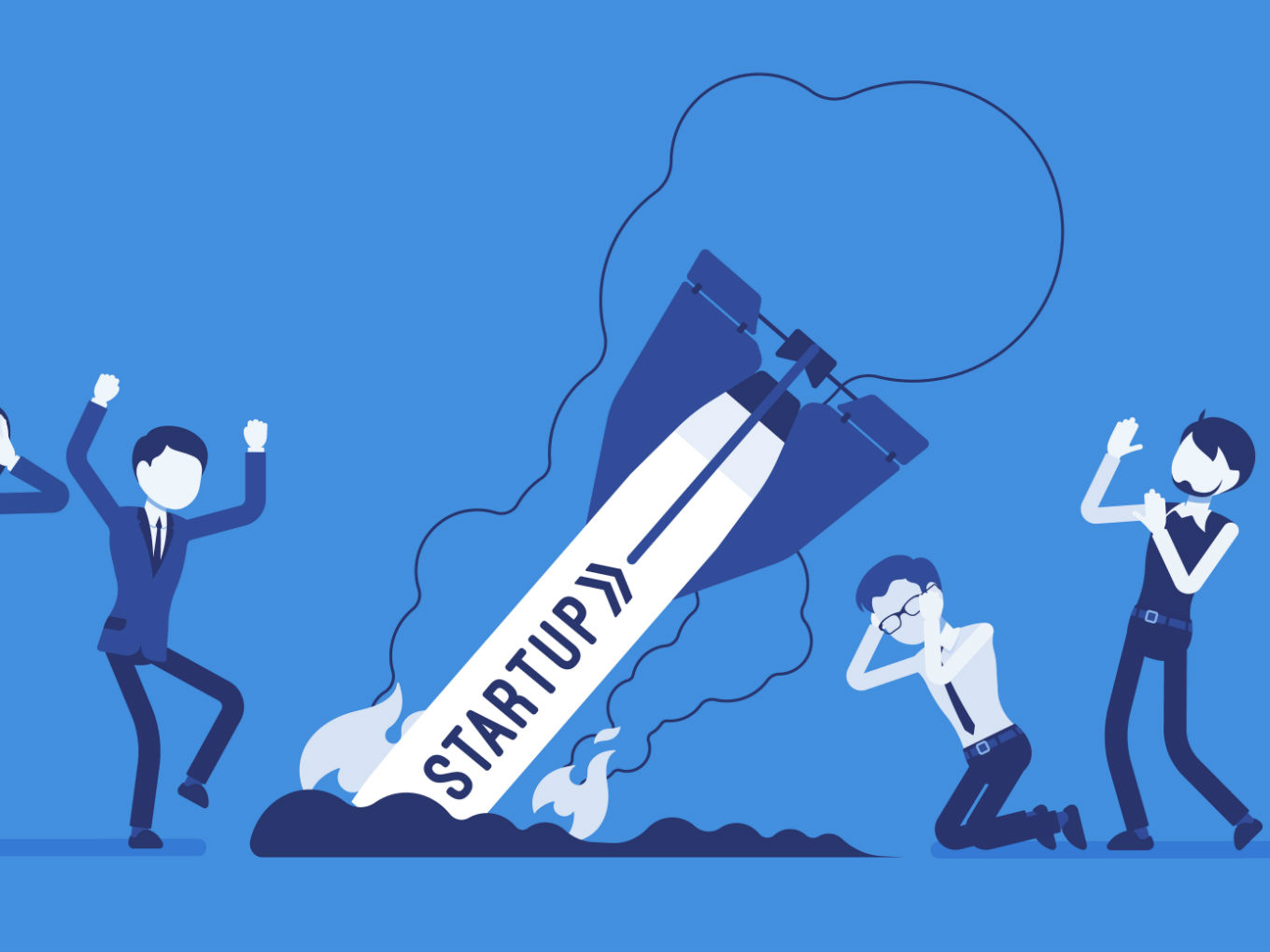 It has never been easier to put together a startup than now. Come up with an idea, assemble a team, get funded, build your first product, and ship it.

It has never been more difficult to sustain a startup than now either. According to research, 90% don’t make it beyond the first two years. This is an enormous waste of talent and resources.

Startups address pain points of the market which get ignored by existing players. They improve the quality of people’s lives by disrupting the status quo. That’s why they should scale up, not fail.

But the mere desire to disrupt the industry is not enough. Despite good intentions, startups commit blunders that make them another statistic in 90%.

Here are five of them that almost every failed startup commits and what successful startups do to avoid them.

Human beings suffer from various cognitive biases. The mere ownership bias, where we value what we own and provide more than others value it, is one of them.

This bias is especially dangerous for startups in that they fall so deeply in love with their product that they don’t care about customers’ real pain point. The result is that they build products that nobody needs.

Remember Juicero, the startup that made $400 juicers that were as good as two hands squeezing a juice box, and raised $120 million from investors? It shut down in 16 months.

Most startups obsess over their product and competition and end up making the same mistakes as everyone else.

But startups that succeed in the long run obsess on the only entity worth obsessing over – the customer. They observe how their customers work, understand how their products address burning issues, and use customer feedback to improve.

Twitter didn’t launch hashtags, @replies, or Retweets in the early days. Those features were a result of observing how users engaged with the platform, what they loved, and what they tried to do. YouTube and WhatsApp did the same.

Customer-centricity helps startups influence audience behavior and stay miles ahead of the competition.

Startups’ obsession with their own products also manifests in their marketing and sales messages. “Our product is the best thing since sliced bread. It’s low-cost and packed with features. Buy it already!”

The marketing messages for most startups revolve around, “me, me, and more me.” But successful startups follow the opposite route. They align their products and business models to enable their customers to achieve their goals.

Apple didn’t build state-of-the-art computers and mobile phones. They built devices to makes customers look and feel hip. Google didn’t build a search engine. They built a platform to provide users with access to the world’s information with a single click.

Every startup that turned into a thriving giant sold a solution, not a product.

Most founders shudder at the thought of processes for their startups. They believe processes are strictly for corporations because they stifle creativity.

John DeLorean dismissed business practices and processes at the DeLorean Motor Company. He expected this to give creative freedom to his engineers. Instead, it led to a culture where nobody followed rules, no one was accountable, and little got done. When the DeLorean cars launched (after years of delay), they were terrible and the company went bankrupt.

Processes are not handicap. They’re enablers for startups to fulfill the promises they make to their customers (and investors).

An organisation’s brand isn’t just what it promises but also whether it fulfills them. Successful startup implement processes where people clearly know what to do, what’s expected from them, and are held accountable for their contributions.

Silicon Valley entrepreneur Peter Thiel believes that a major reason for PayPal’s success was its culture where every employee was responsible for one unique thing and knew how they would get evaluated on it. This reduced conflict and ensured that the work got done faster.

Founders’ minds go crazy with new opportunities to pursue beyond the exciting work they’re already doing. The risk is that they can drown in these opportunities.

Founders are the main engines for most startups. When they keep chasing the next shiny object while their primary business is not on solid ground, they dilute their ability to win the wars they’re in and increase the chances of injuring their core competencies. Neither of this is good for business.

As a business process consultant, I witnessed many startups and small enterprises chase opportunities that they didn’t fully understand as a means to escape the struggle in their core business. The result? They didn’t just lose money in the new venture; their existing business lost market share as well.

Founders are valuable resources for their startup. Their energy and time is limited. They must focus on important actions that yield maximum results and either decline or delegate everything else.

Saying No To Learning

On one end are startups that want to pursue every new opportunity. On the other end are ones that prefer stagnating to reinventing themselves. We all know how that ends.

The digital camera, which led to Kodak’s bankruptcy, was ironically invented by a Kodak employee. But the management refused to see it as the future and instead, stuck to the chemical business that doomed it.

Continuous learning is no longer an option. Nor can founders delegate it to their teams. Innovation comes by learning what users need and evolving trends and adapting accordingly.

Successful startups remain keen learners to stay ahead in the game. They stay abreast with the latest work in their space, explore unrelated fields, and learn from their customers. They learn, improvise, and disrupt themselves over and over again.

Amazon’s acquisition of Kiva Systems and its foray into drone delivery seemed outrageous at first. But it’s all part of the company’s strategy to disrupt itself in the pursuit of customer delight.

There’s no “wax on-wax off” technique to succeed. But the above points are the pillars that form the solid foundation that every startup needs.

Startups that try to build bold structures on shaky pillars eventually collapse under their own weight. Successful startups strengthen these pillars before building long-lasting skyscrapers on them.