Organization-wide agility begins with the leadership

Such as moving closer to the teams, pushing for long term effectiveness and more 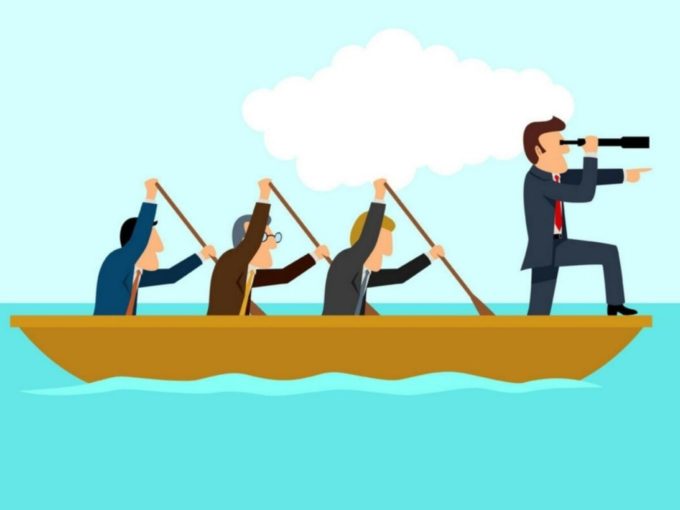 A large organization’s CXO wanted to ‘go agile’. I said, “Alright, let’s get started. Would you be willing to give up your corner office?”. The CXO turned to give me a very puzzled look.

Most organizations are struggling to reconcile to the fact that ‘going agile’ involves a radical re-thinking of leadership styles. Interestingly, the Agile Manifesto’s fifth principle says, ‘Build projects around motivated individuals. Give them the environment and support they need, and trust them to get the job done.’ Such leadership requires a breathtakingly new approach.

In this article, I’ll be presenting a few questions that should help you identify your agility quotient. I’ll also be sharing a few pointers on how to become an agile leader.

Do You Encourage And Build Authentic Relationships?

If not, my suggestion is to begin now. If you’re having a distant relationship with your team members, via your executive assistant, re-consider it. Move closer to the teams – physically too, by shifting your workspace to your team’s table if not near them. Have open and spontaneous conversations. Spend time with your team members with no agenda, attend showcases in the team zone, and lead the retrospectives by opening up about your own vulnerabilities. Actively seek to reduce the ‘prep work’ your team needs to do before meeting you.

Do You Favour Long Term Effectiveness Over Immediate Efficiency?

If not, bend a little. If team meetings are where your department heads give you updates and take instructions from you – they are designed for siloed efficiency. Change that. Bring your cross-functional teams together and turn your meetings into a discussion, a debate, and a collaborative problem-solving session.

Do You Actively Seek And Act-On Feedback?

If not, begin now. Look beyond the ‘manager-reportee’ hierarchy and open your mind to learning from anyone. Consider this: Does your team keep a 10-minute buffer in meetings with you because you’re usually late? Remember that it’s often difficult for teams to give direct feedback to their bosses or sponsors. Observe non-verbal feedback too and act on them; show your team that you’re listening and growing.

Do You Encourage Cooperation Over Competition?

If not, begin now by keeping an eye out for rivalry or competition in your team. Notice if differences of opinion amongst team members is coming from a place other than genuine beliefs. In parallel, explore if you’re encouraging such behaviour yourself. Find ways to encourage people to come together and contribute to the common cause.

Are You A Changemaker?

If not, learn to be one. Alter course when you see yourself displaying inflexibility. You could start with an experimental approach to change-making – start small, invite the team to join in your experiment and move forward together. As a leader, keep your eyes and mind open to social, cultural and technological progressions. These changes could take any form, from leveraging solar power to infrastructure as code.

Are You Actively Eliminating Motivational Debt?

Are you taking your team into confidence and discussing their work with them? If not, start right now. When your team members feel unconvinced about a task but do it anyway because you have asked them to – you are creating motivational debt. This happens when you’ve chosen to instruct rather than persuade.

I’d advise changing a few key habits. During remote meetings, keep your webcam on and show your team that you’re listening. Don’t ask for a special ‘progress report’ for yourself, instead, view project statuses along with your team. Walk your own project wall. Share with the team the board’s expectations of you, your own goals and your challenges. Help your team recognize the real-world impact they’re having, and motivate them.

A Quick Look At The Agile Leader’s Handbook

It’s critical to understand that agile organisations aren’t built in a day. My recommendation is to work at making steady and incremental changes. Use the current hierarchical nature of your organisational to lead by example and demonstrate the change you want to see.

To build an agile team, begin by being an agile leader.