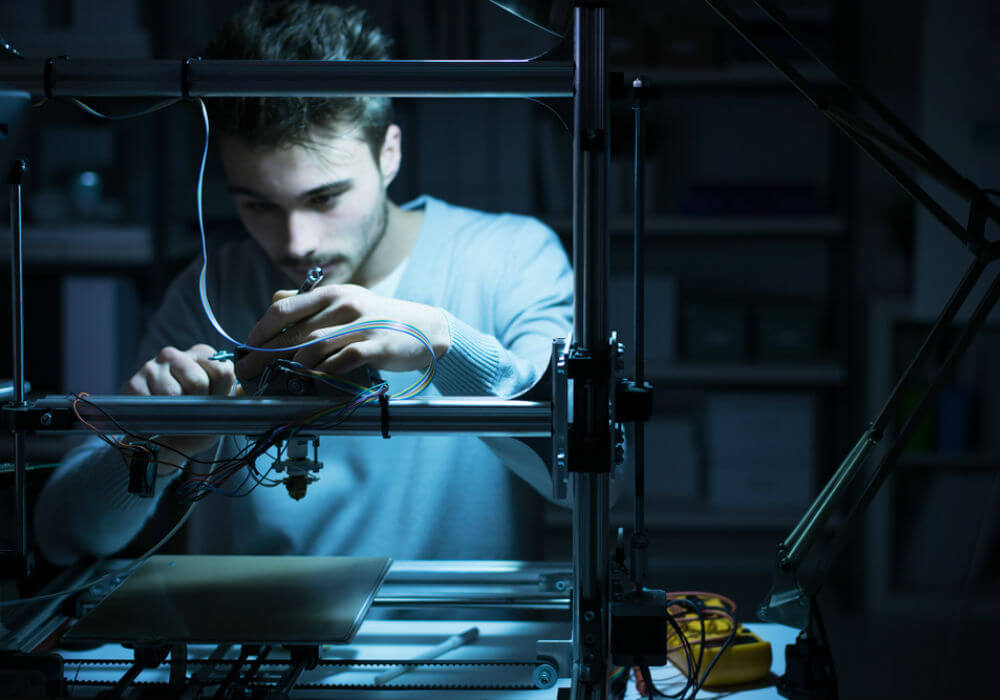 Yuval Noah Harari in his highly celebrated book Sapiens says that human values are shared myths and that there is no objective basis in humanism. I agree with him.

In several separate exchanges on Twitter, I’ve debated the claim that technology has caused progress in human society or that there’s never been a better time to live than now. 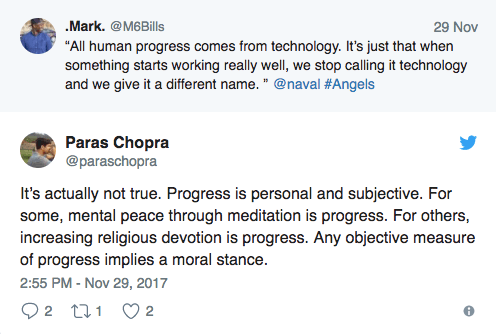 I personally agree with the evidence that’s presented in favor of progress: infant mortality rate has been reducing, education levels have gone up and poverty has been reduced world over. (I follow Human Progress handle on Twitter, believe in Effective Altruism and donate to GiveWell’s recommended charities).

But I also hold two other views:

This perspective is not unique and has been discussed by social scientists and philosophers for a long time. However, the paper Dilemmas in General Theory of Planning (PDF) by Rittel and Webber takes this idea and expands it by distinguishing problems that involve humans and human society (which they term as ‘wicked problems’) and problems of sciences, mathematics, and engineering (which they term as ‘tame problems’).

The main distinguishing feature between them is as follows: There’s no right or wrong solutions, only good or bad (and that’s subjective)

Authors of the paper argue (and I agree) that it’s a big mistake to apply engineering or scientific method for solving societal problems (or problems in any other human system like a company) and believing that there’s a right or wrong solution to that problem (when in reality there are only opinionated good or bad solutions).

For determining goodness or badness of a solution, the scientific method of putting our hypothesis and testing it against evidence fails because full consequences of a solution in an open interacting system is never captured in a limited time. All such solutions (say increasing tax rate to fund education) leave a trace in history and impact future in unmeasurable ways.

This is because society is an open system where the solution to one formulation of a problem (poverty happens because of lack of education) can lead to more problems (more taxation for funding education, rising costs due to expensive labor, and so on). Thus anyone claiming an objective basis for a problem in society is taking a simplistic view. And that’s my issue with saying technology is causing progress.

My hypothesis is that perceived leadership abilities decreases because there’s no right or wrong solutions to wicked problems, only good or bad solutions. And that’s where persuasion abilities of a leader come in. While a leader with an engineering mindset works hard at finding at a better solution, other leaders use their personality, power or charm to persuade people that their solution will be in everyone’s benefits, even if it actually isn’t.

This is why despite his IQ, Donald Trump got elected as the president of US.

This insight will seem to be unpalatable to readers of a scientific bent, but it’s what the reality is. The Internet is connecting more people in the world with each other, and that’s increasing the plurality of opinions and values of subgroups in the world. Some argue drugs should be legalized, some argue against it. Some refuse to believe Earth is round while others make fun of them.

The issue isn’t why certain people believe what they believe, it is that do and we have to live with the fact that values and opinions of others are as valid to them as ours to us.

How to resolve this diversity in opinions and values to get measures and methods of pursuing society’s progress? Now that’s the wickedest problem of all.

Notes, highlights and observations from the paper

I recommend reading the original paper as it’s full of insights, but if you want you can read my notes. Hat tip to Alan Klement for sending me this paper.

The article was first published on Inverted Passion and has been reproduced with permission. Stay tuned for more posts by Paras Chopra.