Fake News And Phishing In The Times Of Covid-19

Fake News And Phishing In The Times Of Covid-19

A scared mind prone to falling for conspiracy

Fake news is more likely to impact a larger population 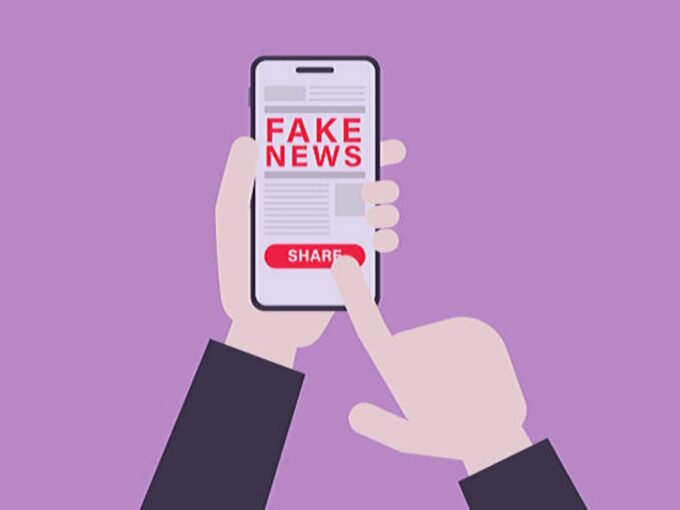 The world as we know ends on April 29 2020! While Covid-19 has claimed thousands of lives, netizens claimed that earth is under a celestial attack. Thankfully, the Anti Fake News War Room found this to be a misleading claim. But this was not the only way to attack the digital citizens of India.

Even the most tech-savvy of people fall prey to phishing attacks. The real problem is the unprecedented scale of the challenge presented by the coronavirus. As nations go under lockdown, world leaders are pacifying their citizenry. But there are many who bank on fear-mongering.

It also analyses the means of such attacks and the underlying reasons which render us vulnerable. Lastly, it closes with a legal analysis of the challenges and offers policy recommendations to overcome them.

Social distancing is the key to flattening the curve until a vaccine is invented. But social distancing is enforced only in the tangible world. People are in fact getting closer in the digital space. Social media interaction is going off the charts.

Who figured that video streaming platforms like Netflix and YouTube will have to reduce the streaming quality to prevent the internet from collapsing? This happened owing to unprecedented usage of the internet while the world sits at home.

This ain’t fake news. But this over-usage and over-reliance on the internet has yielded more space for digital attacks like fake news and phishing emails.

Secluded in our houses we use the internet for everything, be it entertainment, or work, solidarity, or debate. David McRaney posits that it is a misconception that our opinions are a result of years of rational, objective analysis.

This confirmation bias coupled with the fear psychosis is the most powerful weapon in the hands of the cyber-criminals. For instance, we are currently working from home.

An email from the HR of your company detailing the amended policies for working from home attached in an email seems reasonable and necessary in these difficult times. The moment we click on the attachment, game over!

The email is likely to even have a signature of an HR professional in the end, in case their details are available online. It may lead to a malware attack or be laced with ransomware. What is even more worrisome is that you might not even know that you are under attack while the hacker has access to your key-board strokes, emails, and even passwords.

Fake news is more likely to impact a larger population. It can win elections by aiding one campaign or attacking another. Fake news also has an overall psychological impact and can also disrupt the social fabric in a country. Monetizing on the fear and concern in the heart of civilians, thousands of fake websites have been registered.

Similarly, many fake fundraisers are also being circulated over social media. Phishing attacks, on the other hand, have a more personal and organisational impact. The increase in work from home due to the lockdown has witnessed an increase in the incidence of such phishing scams.

The security teams are also facing challenges in securing the laptops given their remote use. With minimum to no supervision, and fluidity in working hours, the personal and professional lives of the workers have been amalgamated. The use of a personal laptop for official purposes also risks the spreading of a phishing attack to the organisation, even by accidentally forwarding an infected email.

Law of the Land

Both fake news and phishing are punishable under the provisions of the Indian Penal Code and the Information Technology Act. Despite severe jail time and scope for exorbitant fines, legal remedies are usually unenforceable against such criminals.

Unlike a civil trial, a criminal trial cannot take place ex-parte. While the police are getting more tech-savvy with advanced cyber-security cells being established, awareness is the key to avoid such attacks.

While we are likely to receive emails offering the cure to coronavirus, it is incumbent upon us to circumspect. Be it spotting the spelling mistakes in the URLs and the email addresses or the very controversial nature of the message, we need to be cautious. It is important that we fact check the messages and emails that we receive before forwarding it or downloading an attachment.

Similarly, there is a need to separate the personal and professional as much as possible and incorporate the use of advanced cybersecurity protocols for the later, at least. There is nothing more crucial than spreading awareness and curtailing fear-mongering about corona-virus. Yes, we are in an emergency mode, but it is not the end of the world, we are up and fighting, together!

[This article is co-authored by Kazim Rizvi and Pranav Bhaskar Tiwari of The Dialogue.]