Ethics, Privacy And Global Laws In AI Adoption: Where Does India Stand?

Ethics, Privacy And Global Laws In AI Adoption: Where Does India Stand?

Data privacy laws are imperative, not because machines are dangerous, but because humans are

The most stringent laws in this regard are formulated by the EU, the GDPR 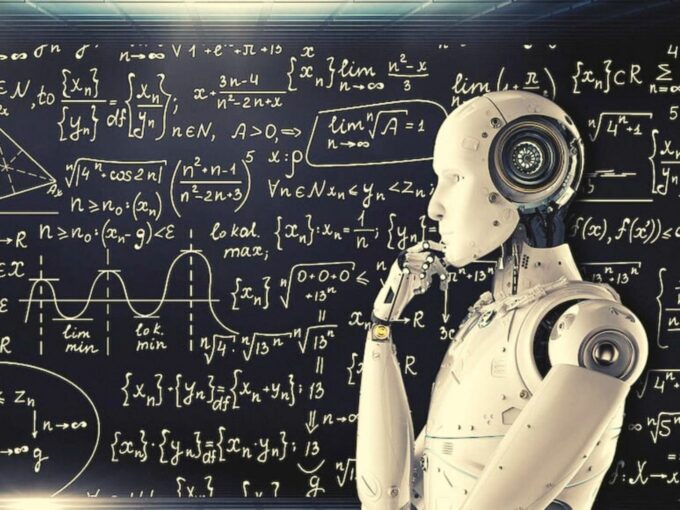 Human race suffers from the God Complex. Art and science strive to achieve recreate the human form, thought pattern, aesthetics, and ethics. Can we replicate the human intellect by making machines think for themselves? Artificial intelligence does not face the moral dilemma of making choices that fall in the grey area, it is binary in its output.

The concept of GIGO – garbage in, garbage out holds in the case of AI too. If there is a bias in the data fed to the system – in method of collection, not providing context or human error will lead to the algorithm having a bias. It can also make the output unpredictable. The way we are headed, people trust a machine more than they trust humans. It becomes even more important to keep AI completely unbiased. AI is a technology, just like nuclear fusion was before it was turned into a bomb.

If the right checks are not put into place now, we are staring at a catastrophe more devastating than a nuclear explosion because it has the capability to completely destroy the fabric of human existence.

Trust, again, is a human construct. Machines don’t have to trust each other. But the people using technology need to. Data privacy laws are imperative, not because machines are dangerous, but because humans are. It is important to note that since AI is created by people, it can make devastating errors which would take a long time to be rectified. This is because, even though people are smarter than machines, they are slower. Realistically, it takes a long time before a bias is noticed and it would have done much damage in that time frame.

The fast adoption of AI across several categories like healthcare, education, finance, agriculture and manufacturing makes it pertinent to observe and act in time. The most stringent laws in this regard are formulated by the EU, the General Data Protection Regulation (GDPR).

Covid-19 Pandemic saw sacrosanct ideas of dignity in death replaced by the much fiercer and primitive survival instinct. AI and people have worked together like never before in making the world a safer place. It also brought about the need to re-examine privacy laws, ethics and the need for a universal code of conduct for new and unchecked technologies like AI and the objectives it served.

Existing Laws Across The World

AI is powered by data and the first step in creating a safer world deals with putting the data in safe hands – human or machine. We need to create security checks that ensure that user’s sensitive data is not exposed to data-hungry AI algorithms that recreate a detailed digital life of a person from the most innocuous details such as social media check-ins and google map usage.

It is an evolving technology and the need of the hour is to create laws and guidelines which are evaluated regularly and changed as per the need arises. It is utopian to imagine a world with a universal law governing the use of AI but bodies like the UN could aim at formulating guidelines acceptable to all countries on the lines of a nuclear treaty.

As of now, AI laws are not on the list of priorities for the UN. Consequently, the regulatory postures of several countries remain trivial. One of the most important bodies attempting to amend the laws and introduce new regulations in regards to AI is the European Union.

Thirty-one countries have managed to put in place necessary laws that ensure the prohibition of data exchange and sharing without the required consent. Besides the twenty-seven countries of the European Union being obligatory to comply with the General Data Protection Regulation (GDPR), many states of the United States (US), United Kingdom (UK), and Brazil have also proposed prohibitive laws for data privacy.

The US possesses at most conscientiousness for data policy, considering the laws at the federal level. The country, as a consequence, has absolutely checkered regulatory laws. The European Union (EU), in the year 2018, proposed the GDPR that obligates the members to sustain prohibitory regulations in order to maintain data privacy.

There is also a need for corporate leaders to bring privacy solutions to the forefront. As for the governments, some benefits, in terms of tax cuts, can be offered to ventures strictly following privacy protocols while dealing with sensitive technologies like AI.

Laws For Protection Of Data In India

India does not have specific laws for data protection but personal information is safeguarded under Section 43A and Section 72A of The Information Technology Act. It gives a right to compensation for improper disclosure of personal information similar to GDPR. In 2017, the Supreme Court declared the Right to privacy as a Fundamental Right protected under the Indian Constitution.

AI has the prospect of adding 957 US billion dollars which would be around 15% of India’s current gross value in 2035. AI will be able to touch everyone’s life in some form of the other in the years to come. In the year 2018, NITI Aayog (Policy Commission) initiated various programs on the applications of AI.

Four committees were instituted by the Ministry of Electronics and Information Technology to emphasis and analyse multiple ethical issues of AI. A Joint Parliamentary Committee is currently considering the PDP Bill – Personal Data Protection Bill 2019 based on a draft statute on data protection. Once the bill is passed by both houses of Parliament, it will become the law.

Another step, on the recommendation of NITI Aayog, was taken in January 2020, for the establishment of “AIRAWAT”, an AI explicit machine framework. The intention was to fulfil the ongoing needs of start-ups, researchers of AI and students. Some relevant IT laws in India include — The Patents Act of 1970, The Copyright Act of 1957, Ownership of Intellectual Property, and License Agreement.

India has promising AI pilot projects launched by the government in agriculture and healthcare. Private institutions are marching ahead with great vigor in terms of the establishment and application of AI. Private firms will flock to win big contracts and spin out new AI-related start-ups as the Indian government pushes digitization and enacts more AI initiatives.

Laws can pose restrictions in the growth of emerging technology like AI. India is yet to see a mass-adoption of AI across industries and the general population. Once enough case studies emerge, public discourse on the ethics of AI would follow. Currently, few people are bothered with the usurping of privacy and the general population is not aware of the threats an unbridled AI can pose to their wellbeing and mental health. Information on the positives of using AI will bring the threats to light too.

In India, the pace of AI adoption is faster than the rules formed to regulate it. Industries have now begun the process of up-skilling their manpower with AI technology. The recently-launched New Education Policy stresses on teaching coding to students’ rights from Class VI. India is going to be a hub of new AI technologies in the years to come.

The laws essentially protect the weak, those who are often not even aware of their rights. Time will see the formulation of global laws governing AI and countries having specific acts and laws that define what’s right or wrong for their population. AI has helped bring the world closer, virtually, and fought a war against a pandemic along with the humans.

Unless we provide the laws, for better or for worse, AI might develop and start writing its own moral code of conduct, who knows!