Why You Should Ultimately Listen Only To One Person – Yourself

Why You Should Ultimately Listen Only To One Person – Yourself 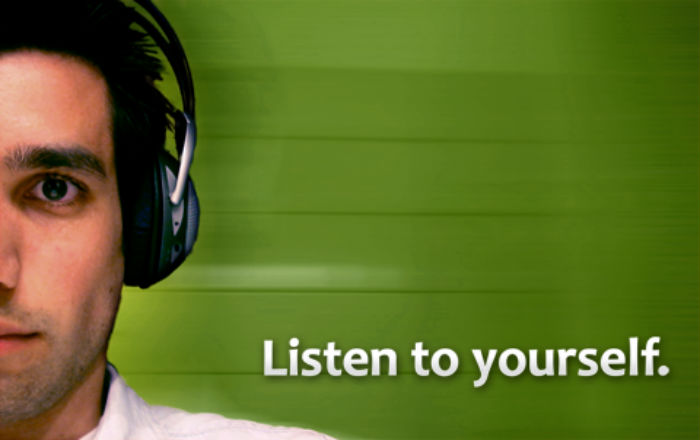 “Don’t be afraid to assert yourself, have confidence in your abilities, and don’t let the bastards get you down.” – Michael Bloomberg”

I think you’ll agree with me when I argue that….

The “evaluation” of your business idea is probably one of the most important moments of your life.

As aspiring entrepreneurs I couldn’t think a more defining moment than this; figure out if your idea “has legs” (namely, has good market potentials) or is just a hallucination.

And you might ask; how can we accurately assess our business idea prospects?

Do we follow the title and listen to only ourselves, our inner instinct and go for it?

The answer is….. no, the title has 2 parts and the methodology that will be shared today will address both of them.

By using a simple process which derives from 2 noted startup experts will be able to define 100% if our idea is viable or not.

The difference between a charlatan and a realist

Ok “guys” you are right, if someone tells us that there is one magic way which can determine if our business idea can proved valid from the very beginning he is simply a charlatan.

No matter how knowledgeable, experienced, smart, expert, “beautiful”…..  is there is no way to know in advance if his/her business idea can be converted to a successful startup, it’s simply impossible.

Nevertheless, what has to be noted is the fact of the matter that there are certain patterns, or if you prefer methods that can decrease the likelihood to come up with an idea which is impossible to be converted into a successful startup.

As it was pointed out in previous posts, the only way to make sure that your initial hypothesis (about your idea) is quite right is by exposing it to your prospects through an MVP and by using the Customer Development methodology (a method that attempts to convert your guesses into hard facts).

Nonetheless today we’ll not repeat ourselves. Our today’s post will focus purely on the first step after you come up with a business idea which you feel that is promising.

An intuitive way that’ll kill your idea; after all common sense is king isn’t it?

Do you think common sense is always the right guide?

If I go back to my university years I recall one of my favorite professors’ saying: “The only 2 qualities that someone needs for a successful career are common sense and be a hard-worker”.

Although I value both of them, our today’s post will prove that common sense can be a killer of a promising business idea.

What is the mainstream idea regarding what to do after you come up with a business idea?

Is something like that; go to family member, close friends, people you trust share your idea and if it still makes sense after their feedback (after all these people love you dearly and want the best for you), start to build a startup around it by following the conventional method for doing so.

I’ll not comment on the conventional path towards doom… but I’ll stick with the first action; go for “advice” to people close to you.

You might say; yes it makes sense these are the few people who want us to succeed.

Allow me to say that this action might be the one of the worst things that you can do in that time frame and allow me to explain why.

I will leave one of the top startup experts to answer on my behalf. Tim Ferriss has one golden rule; the only people that makes sense to rely for judging your business idea initially are people that either:

b) Know more about your industry/market than you

I think you understood where this point is leading; every bit of information that you receive from people, other than these 2 categories lack in context.

Those people that indeed love us, they don’t have a clue about what we are talking about; even if they listen to us for 2 straight hours they will not be in a position to give us critical feedback.

Do you know why?

Do you know what?

Think for a moment about it, does it makes sense?

But you’ll ask me, what about having an open-mind and cross-functional approach (interact with people from different walks of life, experience) which see things from different angles and will increase the quality of your decision.

Allow me to disagree with their usefulness at this moment, this feedback is more than welcome after you give yourself some time to process and hone your business idea, in the early stages the only thing that you’ll achieve is to confuse both you and them.

Any input that you receive by them will be simply baseless or inconclusive and could either discourage you (and practically can kill your idea from the early stages which is more vulnerable than ever) or to create some fake hope.

What to do instead

So what are we doing, stick to just doing our homework and follow our gut?

No, we have to find those “qualified” people that Tim Ferriss speaks about and seek to gain some valuable insights from them.

Here is Mark Cuban’s approach (it’s a ritual that he has since the time that he was “nobody’- just a young entrepreneur);

Mark was thinking of building a radio station; “Once I could put the idea on paper, I took the most important step. Drew followed the radio industry, and I wanted to see if there was anything he saw from his experience that would blow up the concept. Each inquiry cost me next to nothing to get great feedback. Each enabled me to check the foundation of my business idea to see if it was easy to shoot holes in. The step gave me confidence that my business idea was valid”.

Yes I know it’s not easy to find these individuals but it is crucial. These are the only individuals that can give you critical feedback about your business idea.

And what’s the next step…

The critical ingredient is getting off your butt and doing something. It’s as simple as that. A lot of people have ideas, but there are few who decide to do something about them now. Not tomorrow. Not next week. But today. The true entrepreneur is a doer, not a dreamer.

What do you think, it’s time to take some action?

About the Author – Andreas Aravis

Andreas Aravis is the founder of No More Startup Myths. He is a 25-year old junior startup development specialist, blogger and aspiring entrepreneur.